HEY GUYS, IT'S DAY 4 OF OUR COUNTDOWN TO THE HOLIDAYS BOOK REVIEW EVENT AND I AM HERE WITH ANOTHER REVIEW FROM AMY!! LOOK BELOW FOR HER REVIEW OF MR. POPSALOS BY LISA WORRALL, THIS BOOK CAME OUT A COUPLE OF YEARS AGO, BUT I CAN'T WAIT TO READ IT! LET'S TAKE A LOOK AT AMY'S REVIEW, THE LINK AND EVEN AN EXCERPT! 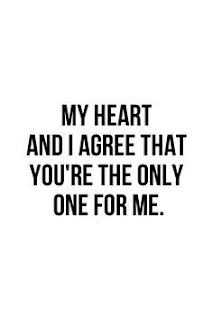 I LOVE THIS QUOTE! HERE IS AMY'S REVIEW:


2nd Edition
Advertising executive and single parent Luke Fisher has grown painfully aware he becomes less dateable the minute he reveals he has a son. Not entertaining any hope of finding love is difficult, but after six years of failed romances, he’s resolved it doesn’t matter. He has all he needs in life: beautiful son, great job, supportive family.
Until two weeks before Christmas, he believed he needed nothing and no one, but that was before he met Jamie Papadopoulos. Jamie is the most attractive man Luke’s ever seen, and one look into his eyes confirms the feelings are mutual. After one amazing night, Luke’s doubts cloud his reasoning, and, deciding to pre-empt heartache, he throws away Jamie’s number, sure he’ll never see him again.
Luckily for Luke, Jamie knows they could be good together, and he is persistent, eventually wearing Luke down. As their one year anniversary approaches, Jamie knows exactly what he wants to give Luke. The platinum wedding bands have been burning a hole in his suitcase in the attic for two months. But before he can say those four life-changing words, an accident throws their well-ordered lives into disarray.
First Edition published by Silver Publishing, 2011 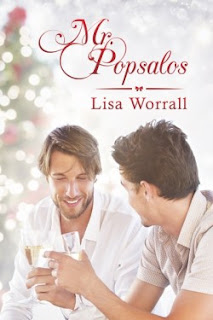 I really love Christmas/holiday books. This book was nothing that I expected, it was so much more!!!  Luke is an ad-executive, Dad to Reggie and all around great guy. The only problem he has is finding love, a partner and all the guys he goes out with bail on him the minute he tells them he has a son.   He's done with the blind dates and fix ups.

Jamie is working on his teaching license.  He loves kids and watching their minds grow.  When he meets Luke by chance in a coffee shop, he is immediately taken by him.  But Luke doesn't call him.  But fate has intervened once again, putting them at the same place at the right time.

I loved reading about Jamie and Luke getting together, with Reggie right with them.  The laughter is contagious, the love is inspiring.  There is so much humor and goodness in this book!!  There is also unexpected twist which will pull at your heartstrings, make you grab the tissues and stay up half the night reading until you finish the book!!  My heart was in my throat, but love and family are what keep them all together.

This was a fabulous book, I loved every page!!! Funny and goofy, serious and heartbreaking, beautiful and loving.  It has it all!! It's definitely a must read!  Lisa Worrall wrote an absolutely wonderful story! 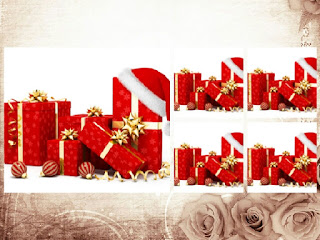 I give this book 5 Christmas Presents with big shiny gold Christmas bows (I would give it more if I could!)   Hope you enjoy it as much as I did!

YAY! I AM READING THIS ONE SOON FOR SURE!! BELOW IS THE LINK SO YOU CAN GRAB IT TOO, FOLLOWED BY AN EXCERPT!

LUKE TRIED to blink, but was prevented by the thumb currently holding his right eyelid open. He unstuck his tongue from the roof of his mouth and swallowed against the dryness of his throat before mumbling, “Hi.”
“You still sleepin’?” His son stared at him from beneath a mop of curls, his head tilted inquisitively.
Seriously? Luke cleared his throat. “Nope. I’m awake.”
“Me too,” Reggie replied. He tilted his head to the other side. “Wanna get up?”
“Yep.”
“Cool.” Reggie continued to stare at him.
After a few moments of silence and a fleeting thought concerning how long it would take for his eye to dry out completely if Reggie didn’t let go of his eyelid, Luke raised his thumb-free eyebrow.
“Reg?”
“Yeah?”
“Gonna need my eye back, dude.”
Reggie’s response was to let go of his eyelid so swiftly, Luke half expected it to roll up and down like a blind in a cartoon, then snap to the back of his head, never to be seen again.
Luke blinked and rubbed at his eye, then sat up and swung his legs over the edge of the bed. Now that he could see, he glanced at the digital clock on his nightstand. He mentally bit his tongue to stop himself from groaning out loud—5:17 a.m.
“Come on, Daddy,” Reggie urged, already at the bedroom door. “It’s decoration day. We can’t be late.”
“Late?” Luke mumbled beneath his breath. “School doesn’t start for another three frickin’ hours.”
“What did you say, Daddy?”
“I said, you’re right, we don’t wanna be late,” Luke said brightly, hoping his smile looked a lot more enthusiastic than it felt. Dr. Spock—or was it Mr. Spock?—had said a lot of things about parenthood, but neither had ever mentioned being awoken at the ass-crack of dawn by a school-obsessed kindergartner with a glitter and glue fetish three weeks before Christmas.
“Daaad.” Reggie drew out the word.
“I’m up, I’m up.” Luke scrubbed his hands through his hair, scratching his scalp. “I’ll meet you downstairs.”
“Dad—”
“Dude,” Luke lowered his tone a little so Reggie would get the point, or this back and forth could go on for some time. “I need to pee. I’ll be down in a few minutes.”
“Okay, okay,” Reggie mumbled. “But you’re not gonna like it.”
“Like what?” Luke narrowed his gaze.
“The bathroom.”
“Why?”
Reggie shrugged and was already halfway down the hall when he shouted his reply. “Forgot to lift the seat!”
Luke closed his eyes and briefly considered climbing back into bed, but Reggie would never let him get away with that. Sighing heavily, he padded from the room in his bare feet before returning to pull on his ratty old sneakers. If Reggie had forgotten to lift the seat, he was going to need protection.

THANKS FOR JOINING US FOR DAY 4, AND THANKS AMY, FOR A FAB REVIEW AS ALWAYS! SEE YOU TOMORROW FRIENDS!

at November 04, 2016
Email ThisBlogThis!Share to TwitterShare to FacebookShare to Pinterest