HELLO FRIENDS, BELOW IS MY GIRL GRACE'S RELEASE DAY REVIEW OF MAPPING THE FOREST BY BRANDON WITT, AND LIKE GRACE, I AM IN LOVE WITH THIS BOOK! LET'S TAKE A LOOK AT HER REVIEW, THE LINKS, AND EVEN AN EXCERPT!

Mapping The Forest
By: Brandon Witt
Release Date: November 4, 2016
Length:  80, 308 words
Reviewed by: Grace
Price:  $6.99
Blurb
Happily ever after has no map, but sometimes fate sends a guiding light.Gabe Rice, a seasonal ranger at the Rocky Mountain National Park, can’t seem to get his life on the right trail. He loves the rugged beauty of the land, and there is no place he would rather live than the mountain community of Estes Park. But after six years, Gabe is beginning to wonder if he’ll ever get a full-time position or find love. When Gabe sees Luis—and hears his gorgeous singing—he’s compelled to meet him.Luis Martinez, the new owner of a hotel and steak ride business in Estes, left California and a career as a therapist for a fresh start in Colorado. But even the beauty of the mountains can’t help him forget the past or move forward. Unprepared for his strong attraction to Gabe, Luis is ready to run and hide from emotions he never thought he’d have again.Suddenly the path ahead opens to a future that looks brighter for both of them, if they can find the courage to walk forward—together.
QUOTE

Review
I’ll be the first to admit, I was excited to review this book.  Brandon Witt hasn’t written a book yet that I didn’t like and this one is no exception.
Gabe and Luis meet under strained circumstances which include the search for a missing child, at night, in the mountains.  Gabe has been struggling with a one sided crush on his best friend and a job that isn’t going anywhere thanks to a jerk boss.  Luis is still held hostage by his own grief from a loss so great he truly never expects to recover.
The beginnings of their courtship include Luis’ first forays into dating/hook up apps and shared dinners at all the wrong places.  I found myself continuously laughing then crying, even sometimes simultaneously, watching Gabe and Luis dance around each other.  Watching Luis struggle with his loss and guilt was crushing and I found myself rooting for him as he started to gain ground and make peace with his loss.  Rather than being irritated when he took two steps backward, the author made me want to hold Luis and tell him everything would be ok.
Gabe has his own issues to work through and does so while continuously trying to lift Luis up, even before he understands exactly what Luis is working through. One of his greatest strengths is his perseverance to make it through whatever is thrown at him.  After being consistently passed over, along with his best friend, for a full time position and having to work other seasonal jobs to make ends meet, he is finally trying to decide if the dream he has is still attainable or if it is time to change his goals.  Finding Luis helps him find out how strong he really is and what he really wants to get out of his life.
I love the supporting characters in this book.  Jordan and Rosalind, the truly amazing GBCD boys and of course, Alastair, are all a part of a larger world that I can’t wait to hear more about.  I am hooked on the Rocky Mountain Boys and look forward to the next story!
**Trigger warning-there is a thwarted sexual assault late in the book that could cause issues for some.
Rating:

A 5 Dos Gardenias Rating, because, sometimes, it’s easier to say, and hear, I love you first with a song.
Buy Links:
Amazon:  https://www.amazon.com/Mapping-Forest-Brandon-Witt-ebook/dp/B01MCUC5JK/ref=sr_1_1?s=digital-text&ie=UTF8&qid=1477976651&sr=1-1&keywords=mapping+the+forest
Dreamspinner: https://www.dreamspinnerpress.com/books/mapping-the-forest-by-brandon-witt-7718-b

BY THE time I got back to the others, my irritation had spiked once more after carrying the boy for so long. Who doesn’t bother to answer when lost and hurting?
I’d done the job long enough to know that it wasn’t as uncommon as it would seem. Also long enough to feel irritated by it all. That probably wasn’t a good sign.
Jordan saw me first and rushed over. She smiled, patted me on the shoulder, then swiped at a lock of the boy’s hair. “Thank goodness. Nice job, Gabe.”
At that moment, the mother swooped in, pulling Braden from my arms and crumpled to the ground sobbing and wailing. The boy let out a cry of pain in her shuffle.
Stepping away, I smacked into another body. “Oh, sorry. I….” My words trailed off as I looked down into Luis’s face. “Oh.”
Luis stretched out a hand. “I seriously cannot thank you enough. Truly.”
I stared at Luis’s hand a moment too long before shaking it. “Oh, no problem. Part of the gig. Just glad it worked out okay.”
Luis let go of my hand, his mouth moved without words for a moment before his voice seemed to come back to him. “I can’t tell you how grateful I am. I feel like I should—”
I didn’t hear what Luis thought he should do as the wailing mother crashed into me and began covering my face in wet, snotty kisses. “Oh, thank you for finding my baby! You are so wonderful. I just—”
Her meaning was cut off as well as her husband joined in on the gushing.
From over their shoulders, I noticed Jordan smirking in our direction.
The ride down the mountain was even rougher and more jarring than the way up. However, whether the starlight, cool night breeze, or the crash from the adrenaline spike was to blame, I found the trip oddly soothing. Enough that I almost caught myself dozing off. It wasn’t just me, though; Jordan was curled up against my side, not screaming. Across the jeep, both of the twins were fast asleep, and their mother kept her eyes trained on me in absolute adoration.


That part was a bit uncomfortable.

THANKS FOR A WONDERFUL JOB AS ALWAYS GRACE! AND TRUST US GUYS, THIS BOOK IS AMAZING, SO GRAB IT TODAY! SEE YOU NEXT TIME! 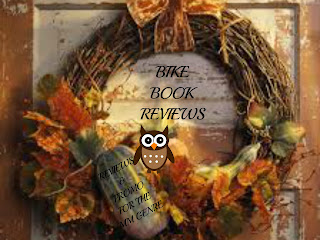 at November 04, 2016
Email ThisBlogThis!Share to TwitterShare to FacebookShare to Pinterest