HELLO FRIENDS, AND HAPPY FOURTH OF JULY! I HAVE MY BUDDY GRACE POPE HERE WITH ME TO REVIEW MY BUSBOY BY JOHN INMAN, AND LET ME TELL YOU THIS BOOK IS EPIC! BELOW ARE HER REVIEW, LINKS, AND EVEN AN EXCERPT SO LET'S GET TO IT!! 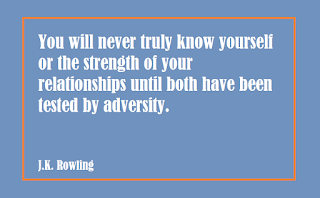 OMG! THAT IS THE PERFECT QUOTE FOR THIS STORY, NOW FOR GRACE'S REVIEW!!


My Busboy
by: John Inman
reviewed by: Grace


Robert Johnny just turned thirty, and his life is pretty much in the toilet. His writing career is on the skids. His love life is nonexistent. A stalker is driving him crazy. And his cat is a pain in the ass. Then Robert orders a chimichanga platter at a neighborhood restaurant, and his life changes—just like that. Dario Martinez isn’t having such a great existence either. He needs money for college. His shoes are falling apart. His boyfriend’s a dick. And he has a crap job as a busboy. Then a stranger orders a chimichanga platter, and suddenly life isn’t quite as depressing. But it’s the book in the busboy’s back pocket that really gets the ball rolling. For both our heroes. That and the black eye and the forgotten bowl of guacamole. Who knew true love could be so easily ignited or that the flames would spread so quickly? But when Robert’s stalker gets dangerous, our two heroes find a lot more to occupy their time than falling in love. Staying alive might become the new game plan. 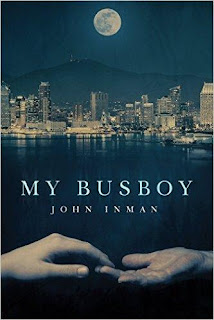 I have read many John Inman books and in my opinion, this one is fabulous.  I have to admit, I didn’t always like Robert Johnny and I think that proves Inman’s prowess as an author; to take a main character and make him not always likeable and still have readers salivate to finish his story is amazing.
Robert is having issues, with his writing, his love life, his stalker, his best friend, his cat…. He misses his ex and isn’t in love with his best friend, much to Chaz’ detriment.  Then, in walks Dario, sweet, gorgeous and hard working Dario and, for Johnny, everything changes.
Dario is in an abusive relationship, going to school full time and working full time.  He’s barely scraping by but doesn’t let that get him down.  Then, one night, thanks to a rude waiter and his favorite novel in his hip pocket, his world is flipped on its end.
The banter between Robert and Dario is wonderful.  I love the fact that Dario holds his own with Robert and despite everything going on, he makes himself an equal in their relationship.  When the intrigue of a stalker turns to violence and fear, Robert and Johnny pull together even more and what could potentially sever their feelings only makes them stronger.
This book not only gives us a great romance but a truly intriguing mystery to unravel, with an interesting cast of characters.  I truly hope everyone loves this book as much as I do!  And, I can’t wait to read more about Chaz and his detective!!

I LOVE THIS RATING, AND THIS BOOK!!! YOU GUYS JUST HAVE TO READ IT! GRAB IT BELOW AND YOU WILL BE IN AWE OF THIS STORY JUST LIKE WE ARE!

Excerpt:
He lifted my hand in his and gently pressed it to his mouth.  I felt the softness of his lips on my fingertips, but I also felt the roughness of his scab against my skin.
“Easy,” I said.  “That has to hurt.”
He nodded.  “A little.”
“Then why do it?  I’m not rushing you.  I would never try to rush you.”
“I know,” he said.  “That’s one of the reasons I like you.”
“So you really do like me?”
“Jesus, Robert.  You sound like Sally Field.  I thought writers were perceptive.”
He opened his lips slightly and brushed the palm of my hand with the tip of his tongue.  I closed my eyes, trying to make my growing hard-on go away, knowing it was a losing battle before I ever started.
Dario eyed me as if he knew exactly what I was thinking and doing.  He drew back and, still holding my hand, said, “Take me for a walk now.  Show me your mountain.”
“It-it’s just a hill,” I stammered, stalling for time, hoping my dick would go down before I had to stand.
He shook his head.  “No.  As long as you’re here, it’s a mountain.  I think maybe every little rise and grassy knoll you stand on automatically becomes a mountain, just by association.”
I coughed up a chuckle on that one.  “You’re full of shit.”
Snickering, he said, “Ooh.  Testy.”
He stood and pulled me to my feet.  “Come on,” he said around another smile.  “Show me your mountain.  And don’t worry about your boner.  I’ll act like I don’t see it.”
“Sweet Jesus,” I mumbled.  “Is nothing sacred to you?”
Dario howled with laughter and dragged me toward the cabin door.

SOUNDS AWESOME RIGHT? YOU BET IT IS!!! I LOVE THIS BOOK JUST AS MUCH AS GRACE DID! THANKS FOR JOINING ME FOR THIS RELEASE DAY REVIEW OF MY BUSBOY, AND THANKS SO MUCH GRACE, FOR THE WONDERFUL REVIEW!!

at July 04, 2016
Email ThisBlogThis!Share to TwitterShare to FacebookShare to Pinterest