HELLO FRIENDS, I AM SO EXCITED TO BRING YOU THE COVER REVEAL OF THE BEGINNING: SIRIUS WOLVES 6 BY: VICTORIA SUE!! I HAVE BEEN WAITING FOR THIS BOOK AND I AM SO GLAD IT IS FINALLY COMING SOON! BELOW IS THE  BEAUTIFUL COVER AND THE BLURB, SO LET'S GET TO IT! 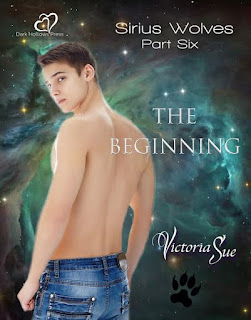 I TOLD YOU IT WAS BEAUTIFUL: NOW FOR THE BLURB:


The Winter Circle is on the rise and the most desperate hour for humankind is at hand. Working from the shadows, the dark god Anubis, jealous enemy of the goddess Sirius, is setting years' long plans in motion, a master scheme that will strike home in the heart of Jefferson Pack.
Nate is a survivor. He survived rejection by his father and his pack when he was a child. He survived being alone, kidnapped, starved, and tortured. But the more he recovers, the more he realizes he seems to be developing abilities that surpass those of the Supreme Alphas.
More than that, though, he can't move past the scar of knowing he was responsible for killing Darric, even though the Alpha was resurrected by Orion and Nate was forgiven; he can't let go of his fear that there is something terrible hiding in the many holes in the memories of his childhood.
The Winter Circle strikes, and there is a traitor within the pack, one who means to see the end of all hybrids, including Nate and Kellan's pups.
But as all hell breaks loose Nate's greatest fear is not the danger that surrounds

him, it’s the danger that hides within him. When Nate’s finds out his true

purpose, and terrible secrets are revealed, will love triumph over evil? Or will

the secret that Nate carries just be the death of them all?

OMG RIGHT? I REALLY CAN'T WAIT TO READ THIS BOOK, THIS IS SUCH AN AMAZING SERIES! THANKS FOR JOINING ME FOR MY COVER REVEAL OF THE BEGINNING, AND WATCH FOR IT COMING SOON! 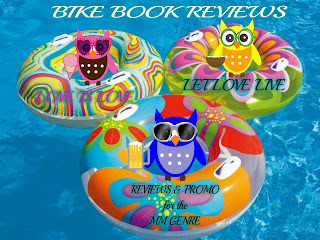