IT'S RELEASE DAY FOR JAY NORTHCOTE! YAY, HER NEW ONE, HELPING HAND IS A GREAT BOOK THAT YOU MUST NOT MISS! I HAVE MY REVIEW, LINKS, AN EXCERPT, AND AN AUTHOR BIO AND SOCIAL LINKS, SO LET'S GET STARTED: 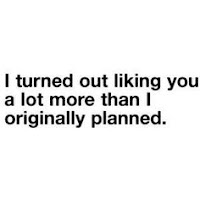 THIS QUOTE IS SIMPLE BUT PERFECT, HERE IS MY REVIEW:

Wanking with a mate isn’t gay—as long as you keep your hands to yourself.

Jez Fielding and James MacKenzie—Big Mac to his mates—are in their second year at uni. After partying too hard last year, they make a pact to rein themselves in. While their housemates are out drinking every weekend, Jez and Mac stay in to save cash and focus on their studies. 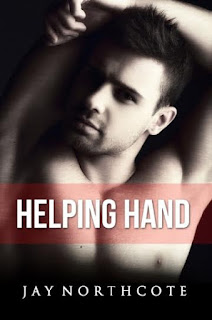 First off let me say I love this cover, and I love this author so I knew I would love this story, that is a whole lotta love right? Believe me it is warranted! I enjoyed this book cover to cover, and though it isn't that long at 33,000 words, you get plenty of bang for your buck for sure!

What happens if they do go further? Can the two still be friends, and will Jez and Mac be able to be around each other without it being weird? Jez is falling for Mac but he tries to fight it, because it will do him no good to fall for a guy whose straight, will it?

This one is delightful and I wouldn't miss it if I were you! Thanks Jay, for giving us a great story about discovering who you are and what you want. 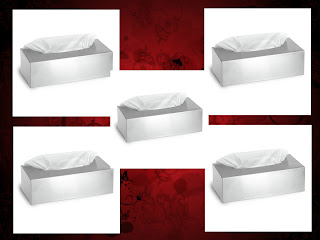 I JUST HAD TO DO THIS RATING, AND NO I AM NOT ASHAMED OF MYSELF ;P, HERE ARE THE LINKS FOR THIS ONE, YOU GOTTA GRAB IT UP!

NOW FOR AN EXCERPT, YOU GUYS ARE GONNA LOVE THIS!

Afterwards, Jez blamed the alcohol for loosening his tongue, because he didn’t think about it before he spoke. The words tumbled out before he could stop them.
“Man, I’m seriously horny now. Have you got any decent porn on that laptop?”
“Huh?” Mac snapped his head around to meet Jez’s gaze. Jez’s heart pounded erratically, but his dick was still standing to attention. “What… you mean, you want to wank in here? Now? Wouldn’t that be weird?” Mac sounded seriously freaked out.
Jez backtracked quickly, cheeks hot. “It doesn’t have to be weird. I’ve done it before with guys at school, and it’s never been a big deal. But don’t worry about it. I’ll go and watch my own stash instead. But I need something soon, ’cause I’m gonna explode after watching that sex scene.”
Jez was expecting an instant no from Mac. He wouldn’t have blamed him. A lot of guys wouldn’t be into what Jez was suggesting. Jez’s heart still thumped hard, but his arousal didn’t abate despite his anxiety. He was shocked by how much he wanted this.
Mac bit his lip and frowned. “Seriously. You’ve done that?”
Jez shrugged, trying to look nonchalant. “Yeah. Like I said, it was no big deal. Just guys messing around.”
Mac stared a moment longer, then he stood, and Jez’s heart sank as he walked away. But Mac only went to fetch his laptop from the dining table. He sat back down and then opened it and tapped in his password.
“What sort of stuff do you wanna watch?” Mac’s voice was gruff and he focused on the screen rather than Jez.
Fuck. They were really going to do this, then.

NOW HOW ABOUT A LITTLE INFO ON JAY AND HER SOCIAL LINKS: 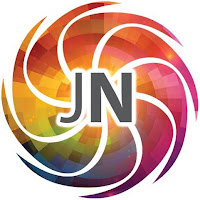 Jay lives just outside Bristol in the West of England, with her husband, two children, and two cats.
She comes from a family of writers, but she always used to believe that the gene for fiction writing had passed her by. She spent years only ever writing emails, articles, or website content. One day, she decided to try and write a short story–just to see if she could–and found it rather addictive. She hasn’t stopped writing since.

THANKS FOR JOINING ME FOR MY RELEASE DAY SPOTLIGHT OF HELPING HAND, YOU GOTTA GRAB IT, YOU ARE SURE TO LOVE IT AS MUCH AS I DID! 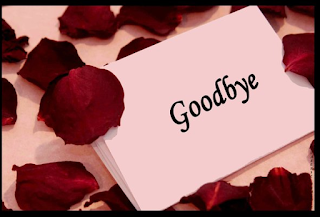