I AM EXCITED TO BE A STOP ON THE SPEEDY REWARDS BY JEFF ERNO BLOG TOUR, AND I AM EXTRA EXCITED TO HAVE MARINIEVES BACK TO GUEST REVIEW FOR ME (SHE HAS HAD A BUSY COUPLE OF DAYS ;P), I HAVE MARI'S REVIEW, LINKS INCLUDING THE BOOK TRAILER, AN EXCERPT, AUTHOR BIO AND LINKS AND A RAFFLECOPTER GIVEAWAY: LET'S GET TO IT: 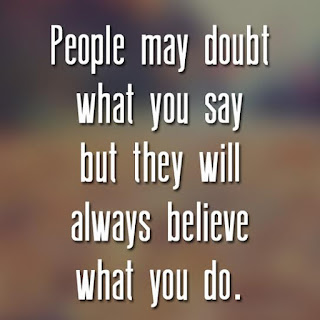 THIS QUOTE WAS PERFECT FOR THIS BOOK, GREAT CHOICE MARI! HERE IS HER REVIEW:

Phil Mitchell pours his heart and soul into his job as manager of Speedy Mart, a local convenience store. He loves his work and he loves his fellow employees, but when it comes to his personal life, Phil is lonely and depressed and still pining for his long-departed ex.
He embarks upon the week from hell where anything that can go wrong does. It begins with a truck crashing into his outdoor sign and only goes downhill from there.
Add an asshole homophobic boss hell bent on seeing him fired and Phil realizes he needs to put into place a plan to save himself and his job.
First step in his plan… do something about his love life.
Meanwhile, Ezra, one of Phil’s team members, is dealing with his own roller coaster ride of a week.
As is Brandon, the local cop…
And Mark, the homophobic boss…


Perhaps, with a little… luck, the next week will be better. 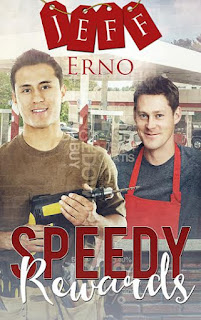 This is a completely different book than what I am used to from Jeff Erno.

The story is based upon the employees of the Speedy Mart and the different challenges they go through while working a job that sometimes they don't feel is that rewarding.

The main character of the story Phil is the sounding board of his employees and sacrifices a lot in order to give them the opportunity to survive their respective efforts.

The book is written based upon the different employees and while the dynamic is interesting, I will have to say I would have like to know more about Phil and his life.

Regardless,  it is an important part of the story that the employees are known too. 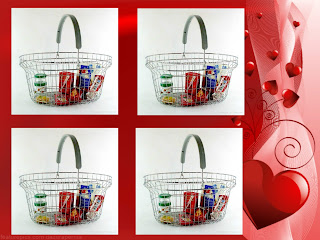 
ARe: https://www.allromanceebooks.com/product-speedyrewards-1814967-149.html
40 % OFF AT WAYWARD INK IS GREAT, BE RIGHT BACK ;P, HAHA HERE IS THE BOOK TRAILER FOLLOWED BY AN EXCERPT:

“I better get back to work,” Phil said, crushing out his cigarette on the bottom of his shoe. He’d toss it in the trash bin on the way back inside rather than littering.“Boss, it’s time for you to go home,” Judy said. “Christ, you’ve been here since what? Five o’clock this morning?”“Five thirty, and I still haven’t had time to get into the cooler. I was waiting for you to get here.”“Why don’t you just go home? You look exhausted. I’ll send one of the CSRs in to do the cooler.”Phil shook his head. “You’ve got Wayne and Erin tonight, and neither one of them really knows how to do cooler.”“Oh fuck.” Judy rolled her eyes in protest.“I thought you liked Wayne.”“I love Wayne, but with him there’s so much drama.”As Judy took the last drag from her cigarette, Phil headed back around the corner toward the front of the building. Judy followed. When he got to the edge of the sidewalk he stopped to toss his butt into the waste bin but heard something strange over the outdoor loudspeaker. He held his hand up, motioning for Judy to stop. Wayne was using the P.A. system to address one of the customers at the pump. Phil looked to see whom he was talking to. A twenty-something, rather buff athletic guy stood beside his sports car at pump six.“Honey, hold onto that nozzle of yours while you’re pumping!” Wayne’s singsong voice echoed from the loudspeaker beneath the canopy. “Or if you’d like, I can come out there and hold it for you... so you don’t spray all over the place.”Phil, horrified, turned to look at Judy who stood directly behind him, laughing. She cracked up so loudly she nearly doubled over. “You go girl!” she screamed.Phil rushed down the sidewalk toward the store’s entrance, glancing one last time toward the pumps to see what other customers were on the lot. When he flung the door open and stormed inside, Wayne stood at the counter, holding the microphone in his hand like a stage performer and appeared poised to continue with his routine.“Wayne!” Phil shouted. “What the hell are you doing?”Erin, the other cashier, stood a few feet away with a shit-eating grin on her face. She began to giggle. Wayne, however, looked up at Phil, his expression insipid. “I’m talking to a customer,” he stated in the calmest of tones.“Are you trying to get us all fired?” Phil said, moving quickly toward him. “Do you know what’ll happen if someone complains to corporate?”Wayne waved his hand dismissively, flipping his wrist in the process. “Oh, that’s my friend Freddy. He’s a body builder I originally met at the gym, and he’s one of my biggest fans. He comes to all my drag shows.” Wayne made no attempt to deny his identity as a drag queen.Phil approached the counter, leaning in to lower his voice. “Wayne, please, I’m begging you. Can you please, please try to at least be a teenie, tiny bit discreet?” He held up his thumb and forefinger to signify a small measurement. “I know it’s hard, but....”Indignant, Wayne straightened his posture and then twitched his chin while flicking his hair back in the process. “If I didn’t know better, I’d say you were just a tad homophobic,” Wayne said, his voice shrill with emotion.“Wayne Baxter, you watch your mouth!” Phil turned to see Judy right behind him. With arm extended, she pointed an accusing finger toward Wayne. “You know that’s not true. Phil don’t have a prejudiced bone in his body. He’s just trying to keep you from getting your ass fired.”“The customers like it when I joke around with them,” Wayne said in a much lower, more timid voice.“I know, Wayne,” Phil said. “I didn’t mean to... um... you know I support... uh....”“What he’s trying to say,” Judy interrupted, “is he’s cool with you being gay and doing drag and all that. But you can’t get on the fucking loudspeaker and say vulgar things!”“Speaking of vulgar,” Phil said. “Language!”Judy rolled her eyes.
I LOVE THE CHEMISTRY THESE GUYS HAVE! HOW ABOUT AN AUTHOR BIO AND LINKS? HERE YA GO: 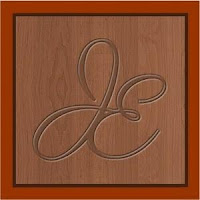 JEFF ERNO began writing LGBT fiction in the late 1990s. Although an avid reader and amateur writer from a very young age, Jeff pursued a career as a retail store manager in Northern Michigan. When his first gay-themed novel was published, he was shocked that anyone would even want to read it. So far, he’s published over thirty novels. Jeff lives in Southern Michigan, where he works part time at a convenience store.
Jeff’s writing credits include a variety of themes and sub-genres including male romance, Young Adult, Science Fiction, erotica, and BDSM. He is the winner of a 2012 Rainbow Award and an Honorable Mention in 2011. His style is unpretentious and focused upon emotionally-driven, character-based stories that touch the heart. Jeff is especially passionate about young adult literature and combating teen bullying and youth suicide.
Email: jeffaerno@gmail.com
Website: http://www.jefferno.com/
Facebook: https://www.facebook.com/jefferno
Twitter: https://twitter.com/JeffErno
GIVEAWAY TIME! YAY, ENTER THE RAFFLECOPTER GIVEAWAY BELOW FOR A CHANCE TO WIN THESE GREAT PRIZES:
Prizes: $20 WIP Gift Card, $10 WIP Gift Card, ebook copy of Speedy Rewards

THANK YOU FOR JOINING ME FOR MY BLOG TOUR STOP OF SPEEDY REWARDS, AND THANKS MARI FOR ANOTHER GREAT REVIEW! SEE YOU GUYS NEXT TIME! 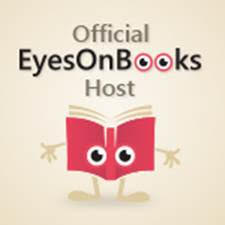