HEY THERE GUYS, I HAVE MY BLOG TOUR STOP AND REVIEW FOR LONG CHANGE, BY V.L. LOCEY, AND I LOVE THIS BOOK! I HAVE MY REVIEW, LINKS, AN EXCERPT, AUTHOR BIO AND SOCIAL LINKS, AND EVEN A RAFFLECOPTER GIVEAWAY, SO LET'S GET TO IT! 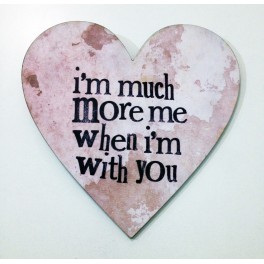 I LOVE THIS SIMPLE QUOTE THAT SAYS SO MUCH ABOUT THIS BOOK! HERE IS MY REVIEW:

Collegiate superstar goalie Boone Crockett seems to have the world at his feet. He’s rich, handsome, attends an elite college and is a hot prospect for the pros. Pity all that is a front for a deeply closeted and troubled young man.
All Boone’s life plans are shattered when flamboyant ex-figure skater Preston Gordon, an orange-haired twink, shows up to audition for the team’s mascot position wearing sequins, scarves and toe picks. His moves on the ice send Boone into his own pirouette of frustrated and reluctant desire.


As senior year progresses Boone slides deeper and deeper into a dangerous depression, Preston’s sensual strength the only thing he has to hold on to. If Boone can’t keep from plunging through the thin ice he’s skating on, it could take a twink to make the big save. 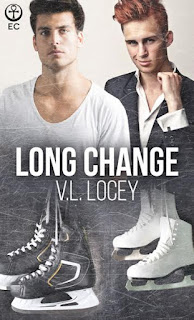 I love hockey, and I have followed it since I was a child, so I am gonna be tough on any hockey book, but it turns out that with this one I don't get to be tough, because it is perfectly written, and V.L. Locey knows her hockey! This made me very, very happy, nothing makes me happier than a well executed book about a sport I love!
Boone seems to have it all, a wealthy family, a good college life and friends, and he is goalie for the sport he loves, but something is missing. When Boone meets the new mascot, out, proud, and beautiful Preston, he knows exactly what that something is!
Preston has never hidden who he is and that has brought him unwanted attention and even beatings, but he counts it as worth it to be who he truly is. When he meets Boone he wants nothing more than for Boone to be in a position to do that too.
Will Boone risk everything to be with Preston? What will happen if he does? Is losing everything really that bad when you end up with the person you were always meant to be with? Thanks V.L. for giving us a wonderful book about hockey but also about love! 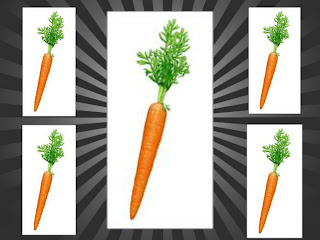 the 5 carrot rating ;p!!
TRUST ME, I HAVE THE BEST REASON FOR USING THE CARROTS ;P! YOU GOTTA READ IT TO FIND OUT WHY! HERE ARE THE LINKS:
Amazon: http://www.amazon.com/Long-Change-V-L-Locey-ebook/dp/B00ZSLKOHU/ref=sr_1_2?ie=UTF8&qid=1434557998&sr=8-2&keywords=v.l.+locey
Kobo: https://store.kobobooks.com/en-US/ebook/long-change-1
Ellora`s Cave: http://www.ellorascave.com/long-change.html
I CAN'T WAIT FOR YOU GUYS TO READ THIS ONE, HERE IS AN EXCERPT:
We stood side by side at the sliding door that looked out over a snow-covered campus. It was beautiful, untouched and pure. I was rather glad now that I hadn’t done the head in the stove thing. We talked between swallows, spoons hitting bowls the only noise aside from the heater coming on from time to time. I liked watching the way Preston’s hair fluttered around his face when hot air blew down from the vent directly above us. He handed me his empty bowl, then unlocked and opened the slider.
“Dude, heater’s on,” I pointed out. He crouched down. I inhaled. The air was brittle like a dead leaf and cold with a light scent of snow on pine. It was an odd sensation, the cold blowing in to blend with the warm cascading down from above. It wasn’t unpleasant at all. The patio was blanketed in four to five wet inches. Preston stood up. His head turned slowly. I looked over at him, a sated smile trying to curl the corners of my mouth. He was patting a perfectly formed snowball.
“Don’t even think about it you mother—”
Snow filled my mouth, nose and eyes. Preston shrieked. I sputtered, shaking snow out of my eyes, then dashed after him. He was fast and proved hard to get a hand on. After a few laps around the furniture in my living room, the dipshit ran out into the hall. I didn’t hesitate. I couldn’t. I had ice particles dangling from my eyelashes. Vengeance would be mine. We thundered down the steps, his high-pitched squeals of laughter and my warning growls seeming extra loud in the ghost town of a dorm building. The side exit flew open. I barreled out on his heels. The snow was freezing on my bare soles. Preston hissed a nasty curse when his naked tootsies hit the white stuff. He slowed just enough. I tackled him from behind. He went face first into the fresh fluff, all the air leaving his lungs with a loud “Oof!” when I landed on his back.
I clawed up a nice handful of snow as he frantically tried to free himself. I had him pinned, one arm picking up wet powder, the other holding his face into the drift. Wicked laughter boiled out of me when I shoved that snowball down his back. His scream was piercing. He kicked like a wild man, his arms flailing to the sides. I flopped down on him to ensure the snow was plastered to his back.
“Get off! Oh, fuck me, that is so cold! You asshole!” he shouted.
I stayed where I was, splayed over his back, my hand down the back of his shirt, chuckling steadily. I rolled off a moment later still bubbling with laughter. The sky overhead was filled with snow clouds. You know those huge white ones that blow over, drop some flakes, then continue on to let the sun shine down on the freshly carpeted world? Eyes closed, chest heaving, heart lighter than it had been in months, I spread my arms and legs out, inhaled the unique scents of winter and Preston and enjoyed the tickle of new snowflakes touching my cheeks.
“I hate you.”
I rolled my head in his direction and opened my eyes. “Really?”
His mouth rolled into a perfect pout. He was such a pretty thing, even with snow-frosted bangs.
“No,” he huffed as he dashed at the melting snow on his chin. “I should, though. That was heartless!”
“I’ll warm you back up if you want.” The offer slid out of me before I could stop it. A snowflake landed on the tip of Preston’s pixie-like nose. I so wanted to reach out, touch the perfect flake, dry his nose then pull him down for long, wet kiss. Instead I got to my bare feet, standing now in the shadow of the moisture-laden cloud overhead. “I didn’t mean to say that out here.”
“You can, you know,” he said, extending his hand to me. I looked around the quad, the creeping stink of worry now mucking up what had been a perfect moment. “You can say you want to warm me up, or that I have a cute ass, or anything else you want to say. Go ahead. Say it again.”
I shook my head as I hauled him to his feet. Damn, my feet were cold. I turned from him then walked inside, my head low, my mind filling up with concern over my stupid behavior. What the hell had I been thinking, chasing him outside then rolling around in the snow with him as if we were straight lovers.

HEHE, YOU ARE ONE CLICKING RIGHT NOW RIGHT? I DON'T BLAME YOU! NOW FOR AN AUTHOR BIO AND SOCIAL LINKS, FOLLOWED BY THE STOPS ON TODAYS TOUR:
V.L. Locey loves worn jeans, belly laughs, reading and writing lusty tales, Greek mythology, the New York Rangers, comic books, and coffee. (Not necessarily in that order.) She shares her life with her husband, her daughter, two dogs, two cats, a flock of assorted goofy domestic fowl, and three steers.
When not writing spicy romances, she enjoys spending her day with her menagerie in the rolling hills of Pennsylvania with a cup of fresh java in hand. She can also be found online on Facebook, Twitter, Pinterest, and GoodReads.

NOW HERE IS A RAFFLECOPTER GIVEAWAY, ENTER FOR YOUR CHANCE TO WIN AN E-COPY OF LONG CHANGE, BELIEVE ME YOU WANT THIS BOOK! GOOD LUCK FRIENDS:

THANKS SO MUCH GUYS FOR JOINING ME FOR MY TOUR STOP OF LONG CHANGE, I LOVED IT SO MUCH AND I KNOW YOU WILL TOO! ONE LAST THING: GO RED WINGS!! (I HAD TO DO IT ;P COULDN'T HELP MYSELF!) 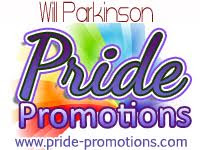