HELLO FRIENDS, I AM HERE WITH THE LATEST AMAZING BOOK FROM VICTORIA SUE: FIVE MINUTES LONGER! BELOW IS MY REVIEW ALONG WITH THE LINKS AND EVEN AN EXCERPT: LET'S HAVE A LOOK: 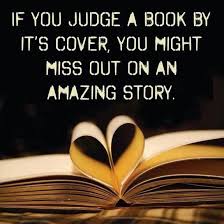 OH BOY DOES THIS QUOTE APPLY TO THIS STORY!! HERE IS MY REVIEW:


Talon Valdez knew when he transformed into an enhanced human, his life and his dreams were finished. Reviled, mistrusted, and often locked away, the enhanced were viewed as monsters, despised by the public, and never trusted to serve in the military or any law enforcement agency.
Years later he gets a chance to set up a task force of enhanced to serve in the FBI, but with one proviso: each enhanced must partner with a regular human.
Finn Mayer dreamed of joining the FBI from the time he was fourteen and made every possible sacrifice to make it happen, including living with his selfish mother and bullying, homophobic brother and never having a boyfriend. But his undiagnosed dyslexia stopped his aspirations dead in their tracks. His last chance is to partner with Talon, an enhanced with deadly abilities who doesn’t trust regular humans with their secrets and wants Finn to fail.
Four weeks to prove himself to the team. Four weeks for the team to prove itself to the public. And when another group threatens their success—and their lives—four weeks for them to survive. 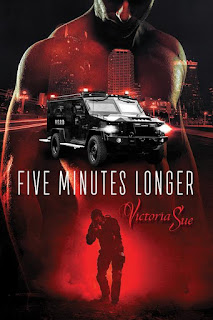 I knew I would love this book because I love this author, what I wasn't prepared for is how it would blow me away with it's off the charts storyline and characters!

All Finn has wanted from the time he was a teenager is to join the FBI. He has a less than stellar home life with his mother and brother, and when it looks like his dreams of the FBI are not to be he plans on leaving. Then he gets a call that will change his life in more ways than one!

Talon has seen the worst that life has to offer and has the attitude to prove it, when he is partnered with Finn he will do everything in his power to make the partnership not work. Talon isn't the heartless man he wants to come across as, but the ability he has and the pain it has caused makes him keep most everyone at arms length.

What will happen when Finn cares enough to try to break down the walls Talon has built around his heart? Will it cost him everything? Sorry I can't tell you more than that guys, but trust me, this book is amazing, so grab it today! Thanks Victoria, for another amazing book! 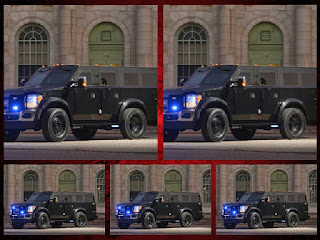 I DID THIS RATING BECAUSE..WELL I HAD MY REASONS  :) GRAB THE BOOK BELOW AND FIND OUT WHAT THEY WERE!

BELOW IS AN EXCERPT, ENJOY GUYS!!

FINN MAYER was so excited, his hands shook as he tried to open the official-looking letter. This was what he’d always wanted. This was what he had dreamed about every day. This was why he did six long years at college while slogging his ass for minimum wage. Regretfully we have to inform you…. The rest of the words blurred as his heart plummeted. He held the letter out so he didn’t get tears on it and blinked furiously. It wasn’t possible. He’d convinced himself it would be a conditional offer of acceptance, which was almost a guarantee. He’d just had to get through the poly, the personal interviews when they called him back, and references. What had happened? What had he done wrong?
The screen door slammed, and Finn stuffed the letter in his pocket quickly before his older brother, Deke, saw it.
Deke stood in the doorway, absently scratching his crotch. He was thirty-seven but looked a good ten years older. His balding sandy-brown hair was going gray at the temples. His double chin burst from his collared shirt, just like his beer gut spilled over his wrinkled suit pants. Finn was too distracted to even crinkle his nose in disgust.
The screen door slammed again, and his mom’s voice piped up. “Finn, did you start supper?”
“Yeah, Finn,” parroted Deke. “Did you start supper?”
Finn ducked his head and brushed past Deke into the kitchen. He knew Deke wouldn’t get into anything with him while his mom was there. Not that he was convinced she would care if he did. “I just got in, Mom. I’ll start now,” Finn said woodenly. He needed to think, but he couldn’t disappear until they were eating.
His mom narrowed her eyes and followed Finn with her gaze as he opened the cupboard and took out a bag of potatoes. “Finlay,” she sighed disapprovingly. “You know your brother works incredibly long hours to support this family. It isn’t much to ask for a little help around here while he’s providing a roof over all our heads.”
Finn didn’t reply and quickly started peeling potatoes. The “incredibly long hours” were a joke. Deke took twice as long to do anything because he was too lazy. Finn knew he and his other two cronies—Albert Crawford, the bank manager, and Desmond Attiker, the local deputy sheriff—could always be found in Alma’s Café on Main Street, having at least a two-hour lunch every day. It was pointless to argue anyway, and his mom knew full well half of Finn’s wages also went to pay for the upkeep of the so-called roof. The only thing that had stopped him from moving out years ago was the fact that he wanted Deke not to make waves with his application when the FBI did the family interviews, and even the rent Deke charged him was cheaper than getting his own place.
What had he done wrong? He knew he wouldn’t have failed the poly. His boring existence contained no secrets to keep. Well, maybe one, but Finn was so far in the closet, he was almost able to pretend it wasn’t real.
And Deke would never think Finn had a chance of getting accepted into the FBI, so he wouldn’t have bothered trying to sabotage it by giving him a crappy reference.
Finn fisted his hands, the peeler cutting into his palm. It was impossible. They’d made a mistake. Deke couldn’t have been right, not now, not after all this time.

THANKS FOR JOINING ME FOR MY REVIEW OF FIVE MINUTES LONGER, NOW GET TO BUYING THIS BOOK, IT IS SURE TO BE ON THE REREAD PILE VERY SOON!