COUNTDOWN TO THE HOLIDAYS DAY 23: THE ORPHEUM MIRACLE REVIEW!!

HEY FRIEND, IT IS DAY 23 OF OUR COUNTDOWN TO THE HOLIDAYS AND TODAY I AM HERE WITH MY REVIEW OF THE ORPHEUM MIRACLE BY PAT HENSHAW! LOOK BELOW FOR MY REVIEW, THE LINK, AND EVEN AN EXCERPT: LET'S GET STARTED!! 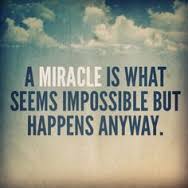 I LOVE THIS QUOTE: IT'S SO TRUE AND IS PERFECT FOR THIS BOOK! HERE IS MY REVIEW:


Christmas joy is a matter of perspective. For some, it’s the happiest time of the year. For others, not so much.
Twenty-nine-year-old Mick, the son of crack addicts, isn’t exactly a dyed-in-the-wool Scrooge. Mick’s been on his own from childhood. As a teen, he lived in a shelter, where for a short time he had a boyfriend. After the boyfriend left, Mick moved to the Orpheum Theater. While squatting there and taking care of the grand old building, Mick watched others celebrate the holidays from a distance, never able to share in their merriment.
Only his Technicolor dreams liven his dull, mechanical life until one day the world around him begins to change. Mick is surprised when a man named Jim buys the vintage Orpheum and plans to restore it. Something about Jim makes Mick think they’ve met before. In fact, Jim rekindles Mick’s longing for a better life and a little holiday magic for himself.
A story from the Dreamspinner Press 2016 Advent Calendar "Bah Humbug." 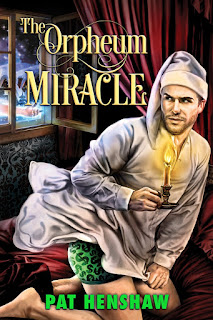 Poor Mick hasn't had it easy at all! He was pretty much responsible for himself for most of his life and it hasn't been wine and roses to say the least. His best memories are time spent in the Orpheum Theater so he moves there when his boyfriend gets lucky enough to leave the shelter they are in.

Mick is existing but not really living and he has come to the conclusion that the Holidays are better left to someone else, then the Orpheum gets a new owner. Can Mick change his opinion about the Holidays after he meets the new owner and hears of his plans?

If Mick opens his heart to the Holidays and more, he may get the biggest shock of his life! This is a great story and a perfect addition to the "Bah Humbug" Advent Calendar! Thanks Pat, for yet another book of yours I really enjoyed! 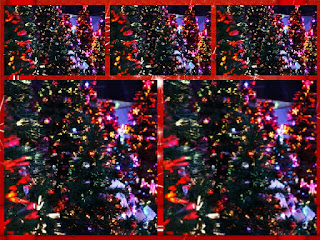 THERE IS A REASON I DID THAT RATING FOR SURE! BELOW IS THE LINK TO THIS BOOK, GRAB IT TODAY!

IN EARLY November, a new banner across the Orpheum Theater went up saying: Welcome to Christmas, the happiest time of the year. Coming soon.
Far as I could tell, Christmas was when children danced around like clowns on crack. Besotted parents cavorted around them like ninnies in the stupid race. And the rest of us stood back waiting for the inevitable explosion.
Despite how it started, Christmas had been morphed by the rich into a season of greed. It had nothing to do with whether a kid was good or bad, but how much money his folks had. Take the kids I knew down at the shelter. Shit, they could be as good as little angels, and the best they’d ever get was someone’s cast-off pity, which wasn’t going to do them a damned bit of good when the holiday parade of who-got-what started at school.
All Christmas did, as far as I was concerned, was make poor kids feel worse and rich kids feel more powerful and more ready to rub everyone else’s nose in their misfortune. And we all knew, where you started was pretty much where you ended up in life. The Christmas miracle was a lie that should have been shot in the head and buried eons ago.
Fortunately, here in the bowels of the old Orpheum Theater, the only Christmas merry-makers left were ghosts of vaudevillians, chorus girls, and corrupt managers, and the live help. Those of us who weren’t going from office party to cocktail land were left here to sweep the floors, squeegee jizz off bathroom walls, pry gum from under seats, and oust anything that moved after the doors were closed and locked.
I’ve been called cynical, a Scrooge, a vulture perched and ready to rip the eyes out of the season. It wasn’t true. I was as big a sap as the next guy.
I was working here at the Orpheum, wasn’t I?

NOW DO YOU SEE WHY YOU MUST READ THIS BOOK NOW? I THOUGHT SO! GET IT TODAY FRIENDS! THANKS FOR JOINING ME FOR DAY 23, SEE YOU TOMORROW!