HEY GUYS, WELCOME TO DAY 9 OF OUR COUNTDOWN TO CHRISTMAS EVENT! TODAY IT IS ME AGAIN AND I HAVE A GREAT BOOK FOR YOU! BEINOIT'S SURPRISE  CHRISTMAS: BY CATHERINE LIEVENS! LOOK BELOW FOR MY REVIEW, LINK AND EVEN AN EXCERPT: 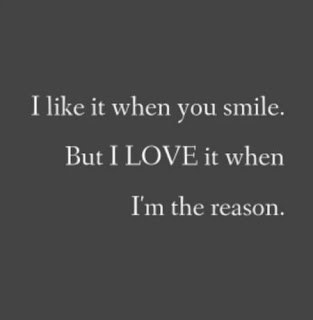 I LOVE THIS QUOTE FOR THIS STORY!! HERE IS MY REVIEW:


Belgium expat Benoit Girault has only worked in the administrative department of Toys for All in Milwaukee for a few short months, but it’s long enough for him to miss everyone back home and to fall for coworker Jake Manning—not that Jake ever notices him. Or so Benoit thinks.
Jake notices Benoit all right, but he doesn’t want to risk mixing business with pleasure, not when it could create problems in the office. So when Jake’s friend and boss, Randall, tells him to team up with Benoit to organize a Saint Nicholas party, he’s less than thrilled. But as they work together and Jake nurses Benoit through an illness, he realizes some people might be worth risking it all for. 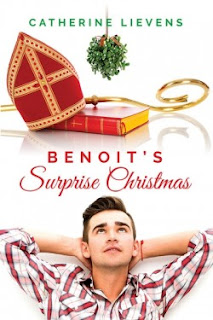 I was so thrilled by this book! I love the tap dance Benoit and Jake do around each other at first, both avoiding each other and for the same reason! When Benoit gets sick after he finds out he will be paired with Jake to plan a party, then the two spend time together and they find out that they might want to spend even more time together!

This book is so cute and I love the lessons about the Belgian Christmas traditions you learn in it! You will love both of these guys and their endearing story for sure, I know I did! Thanks Catherine, for a really cute story for the Holiday Season! 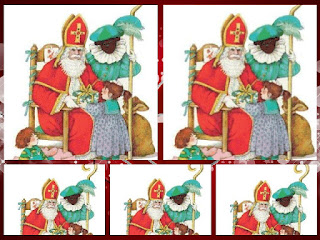 I REALLY LOVE THE REASON I DID THIS RATING, AND YOU WILL TOO! GRAB THE BOOK BELOW GUYS:

“YOU WANT me to do what?”
Jake’s boss smiled at him as if he were asking nothing much—the bastard. Randall knew exactly what he was doing, just like he knew Jake would react like he did. He hated parties, and everyone in the office knew it.
“Organize a party for the new clients.”
“Janet usually organizes the parties.”
“She’s busy with another contract. The Belgian clients are yours, Jake. It seems obvious to me that you should be the one in charge of this.”
“But I don’t know anything about the saint you’re talking about.”
“You have enough time to learn something about him and about the Belgian traditions that go with it.”
“You can’t do this to me, Randall. Please. I’m already busy with this new contract. I don’t have time to organize a party.”
“The clients were delighted when I told them there would be a party.”
Jake gaped at his boss. “You told them?”
“Of course. When Mr. Leblanc said he was bringing his wife and son along, I just knew we had to do something for the kid.”
“Someone could take him to the zoo,” Jake muttered.
“Jake, we’re a toy company. Why would we take a kid to the zoo?”
“It’s not like we actually have the toys in this office. That’s what the stores are for.”
Randall set his jaw and narrowed his eyes. He obviously wasn’t going to be swayed by Jake’s protests. But what about pleading? “Randall, I just don’t have the time to do everything on my own, especially if you want a kiddie party.”
“That’s why Benoit is going to help you.”
Jake groaned. He should have known fate would throw Benoit his way. He’d been avoiding the man ever since he’d started working for the company a few months ago. “Can I ask anyone else?”
“Nope.” Randall seemed all too happy to deny Jake. “He’s Belgian, Jake. Who better to help you organize a party centered on a saint celebrated in Belgium, among other countries, for a Belgian client?”
“I’m sure I could do this alone.” No, he couldn’t, but he also couldn’t be in Benoit’s proximity, not if he wanted to remain sane or to actually think with his big head rather than with the small one.
“Jake, I don’t know what you have against Benoit—”
“Nothing.”
“I’m not blind, and I’m your friend, or at least I hope I am. Did something happen between the two of you?”
“No.”
“Jake.”
“Okay, fine. He’s just so—so cute, Randall.” Jake flopped back against the back of the chair he was sitting in. “He has that whole sparkling eyes and shyness thing going for him. Have you seen him?”
Randall grimaced. “He’s not really my type.”
“Yeah, yeah, I know. Your type has boobs.”
“But I guess I can see the cuteness. He looks a bit like a puppy. A lost puppy.”
Jake pointed at Randall. “Exactly! How could I not want that?”
“So let me get this straight, you don’t want to work with Benoit because you want him?”
“Yes!”
Randall tilted his head to the side as if trying to read Jake—or maybe just trying to understand if he was for real. “I still don’t see what the problem is.”
“I don’t want to mix my love life with my work.”
“Why not?”
Jake sighed and hunched a bit more in the chair. “Not everyone is as lucky as you are.”
Randall had met his wife, Helen, when he’d interviewed her for a secretary job four years before. They’d fallen in love on the job and had been married for the past three years.
“You can’t know that if you don’t give it a try. Besides, I’m not asking you to go up to the guy and kiss him or anything, just to work with him. It shouldn’t be too hard, even for you.”
Jake scowled at his friend. “But what if I do give it a try, like you say, and it doesn’t go well? It’s going to make things awkward in the office.”
“Please. You barely even see Benoit.”
“That’s because I avoid him!”
Randall shook his head. “And you’re ready to lose the Belgians because of this?”
Jake gaped. “You wouldn’t.”
“I would. I’m sorry, but if you can’t be professional about this….”
“Fine, I’ll ask Benoit for help. But you owe me.”
Randall smirked. “I’ll tell Helen to make the lasagna next time you come for dinner.”
“You better.”

THANKS FOR JOINING ME FOR DAY 9, SEE YOU GUYS NEXT TIME FOR DAY 10!