HEY GUYS, I AM HERE WITH MY RELEASE BLITZ POST OF FULL CIRCLE, SIRIUS WOLVES 7, BY VICTORIA SUE! WHAT A GREAT STORY! LOOK BELOW FOR BOOK INFO, MY REVIEW, AN EXCERPT AND MORE, INCLUDING A GIVEAWAY! ENJOY FRIENDS:

BLURB:
“Win the love of the wolf with the hardest heart.”

Faced with eternal
banishment to hell, Anubis, god of the underworld, has found a loophole in one
of the oldest laws which will allow him to unleash his evil on an unsuspecting
human world. Orion’s only hope to stop him is to accept his challenge: send a
champion to win the love of the wolf with the hardest heart. It will take
someone with a pure heart to soften a closed one, so faced with the threat of
losing not only the werewolves, but the destruction of the human race, the gods
can only do one thing — send Adam, one of their own.

Adam quickly realizes
that the werewolf whose love he must win is Jed.  Wounded after the loss of his wife and son,
Jed promised he would never love again or be responsible for someone else’s
happiness. Adam has been given a near impossible task.

Anubis is eager to see Adam fail, and unbeknown to everyone takes matters into his own hands to make sure of it. Everything happening now is part of his master plan, and finally it
has come full circle.


Even if Adam succeeds and
wins Jed's heart, will that love survive when Jed discovers the whole thing was
nothing more than a bet? Or when Adam does the one thing he mustn’t and falls
in love himself, will he not only break Jed’s heart but completely destroy his
own?

I wondered if I would like a Sirius Wolves book that was so different from the others, and the answer is: OH YEAH, it blew my mind! I loved Adam and Jed!

Jed vowed never to love again after his family died, but little does he know that sweet beautiful, seemingly perfect Adam, with soften his granite heart, but has the whole thing been a lie? Can Adam make Jed see that he became more than a mission?

This book is amazing, and you will see your faves from the series, and the cutest pack members too! Thanks Victoria, for a great addition to this series! 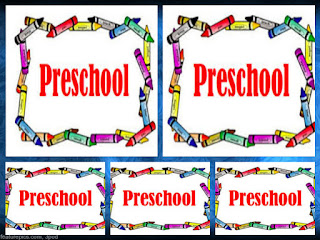 Jed gentled his hand as
Adam mewled in the back of his throat, both of Adam’s hands surrounding his
neck and pressing tightly with an overwhelming urge to simply hang on.

They shared kisses.
Shared air. Jed swallowed every reaction from Adam because it was precious.
Finally, he wiped his hand and their bodies clean on the sheet and drew Adam in
closer.

His heart beat loudly
in his ears. Jed didn’t want to think about what they had just done, and let
reality intrude on the bliss that seemed to wrap them both up. It wasn’t the
whole fucking a guy thing, even though he was still in shock about that. It was
the need inside of him, the nameless urge that transcended sex or narrow
bigoted views of what made other people happy. In a lot of ways, it wasn’t even
the fact that Adam was human and Jed was not.

It was his unshaking
doubt that as soon as Jed trusted, as soon as Jed let in a little belief, as
soon as Jed started thinking in terms of forever… That’s when it would happen.
That’s when his forever would be ripped away. It had with his family. The day
his father hadn’t returned from the hunt because of a human’s bullet. The day
they’d fled their home because the forest was cleared to make a human town, and
his family had no idea how to live in one. The day he was out scrounging for
food to fill their empty bellies because it was winter and they should have
been warm and safe in their homes, and his little sister had been attacked by a
rogue. The rogue had been insane, half-mad with whatever injustice had caused
him to attack a pup, and his mom had died trying to defend her.

And then he had trusted
once more. Raye had waltzed into his life and danced his objections away. Then
it had happened again, as surely as Jed feared it would.

He clutched Adam
tighter, knowing his hold wouldn’t last, knowing Adam would be ripped from him
like everyone else…

He no longer had any
dreams that could be taken from him. He’d accepted long ago that the pack would
be his life, but he would go home alone every day. He almost didn’t mind
because he knew it wasn’t a matter if Adam would realize he was a pathetic old
man and would leave, It was simply a matter of when.

Sue Has loved books for as long as she can remember. Books were always what pocket money went on and what usually Father Christmas brought. When she ran out of her kids' adventure stories, she would go raid her Mom's. By the age of eight she was devouring classics like Little Women, and fell in love with love
stories.

She's still in love with them. Any size, any shape, any creature - love is love, no
matter what it says on the box. In fact if they don't fit very neatly into any box she loves them even more!

She has a very patient husband and three wonderful children. In 2010 in search of adventure they all moved from the UK to the US and are happily settled in
Florida. In 2013 after reading love stories for so long she decided to write her own.

You can also email Victoria at - victoriasueauthor@gmail.com


THANKS FOR JOINING ME GUYS, GRAB THIS BOOK TODAY! SEE YOU NEXT TIME!! 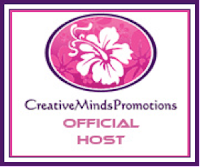 at October 18, 2016
Email ThisBlogThis!Share to TwitterShare to FacebookShare to Pinterest