HELLO FRIENDS, I AM SO EXCITED TO BRING YOU MY BUDDY GRACE'S RELEASE DAY REVIEW OF KIERAN, ATHERTON PACK 4 BY TONI GRIFFIN! SHE LOVES THIS SERIES AS MUCH AS I DO! LOOK BELOW FOR HER REVIEW AND LINKS FOR THIS ONE! ENJOY: 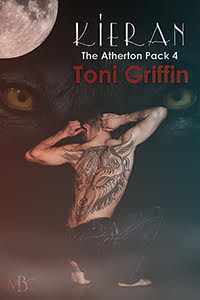 "You need to go to Atherton," they said. Easy for them. The higher-ups at headquarters don't have their whole world on the line. When Detective Damon Kelly's bosses send him across the state on a "simple" cyber fraud case, he never thinks he'd meet his mate, then risk losing Kieran by doing his job. No matter what other possible angles Damon works, his partner Grant Davis is sure Kieran's best friend Corey's their guy, and Grant is bent on bringing him in.After the birth of their Alpha's son, the Atherton Pack needs another beta. Kieran Baxter couldn't be happier to accept. What Kieran doesn't expect is for all hell to break loose his first week on the job. Clashing with his mate at every turn, and fighting a human cop who wants to arrest Corey for hacking a government database, wasn't part of the plan either.As more evidence piles up, a bigger, scarier picture comes into focus that could threaten not only the Atherton Pack, but everything the world knows.

I’m not sure even Damon knew how much this was true when he said it to Kieran.
Review
I have followed the Atherton series as well as the Holland Brothers series and was waiting not so patiently for Kieran’s story.  I was prepared for the angst, passion and awesome mating that is always prevalent in Toni’s stories.  I was not prepared for this plot line.  AT ALL.
We met Damon in book 3 of the Atherton series, when he is called in to investigate Kieran’s best friend Corey on cyber crimes.  It’s a rocky start, at best, for Kieran and Damon and, except for some super smexy hook-ups, it just seems to keep going downhill.  Both men are passionate Alpha wolves in their own right, and listening and thinking things through, when their wolves are pushing to mate, isn’t working.
When Damon’s partner, Grant, not only refuses to let go of his hard on to see Corey behind bars, but brings in the ASIO to see it done, things go from bad to explosive.  But, none of them could see where this crazy ride would take them.  Damon has to work to keep not only Kieran safe, but all the wolves all over the world.
I can’t say more without spoiling the plot and I won’t do that.  I can tell you this is the most exciting book yet in this series.  I spent the majority of my time reading this book perched on the edge of my seat repeating ‘Holy Shit!’ and ‘Oh my God, no she didn’t!’  We get to check in with both the Haven and the Atherton packs as they get pulled along for the ride.  And the entire time, Damon and Kieran’s mating hangs in the balance.  There’s nothing left to say but READ THE BOOK!

A 5 Mate and Family Rating, because, in the end, isn’t that what it’s all about?

GREAT REVIEW GRACE! I AM TOTALLY IN LOVE WITH THIS RATING PIC, AND EVERYONE ELSE WILL BE TOO WHEN THEY READ THE BOOK! BELOW ARE THE BUY LINKS GUYS, GRAB IT UP!!

THANKS FOR JOINING ME FOR THIS RELEASE DAY REVIEW OF KIERAN, AND THANKS AGAIN GRACE, FOR AN AWESOME REVIEW! GO GRAB THIS BOOK GUYS, IT IS FANTASTIC!! SEE YOU NEXT TIME! 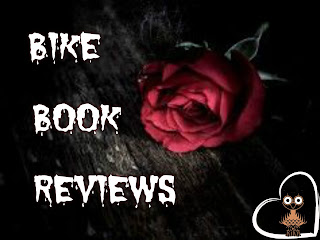 at October 19, 2016
Email ThisBlogThis!Share to TwitterShare to FacebookShare to Pinterest