HOME IS WHERE THE HARD IS REVIEW!! SUMMER BIGGER THAN OTHERS ANTHOLOGY!!

HEY GUYS, I AM BACK WITH ANOTHER BOOK IN MY SUMMER BIGGER THAN OTHERS ANTHOLOGY REVIEW! HOME IS WHERE THE HARD IS, BY CARAWAY CARTER IS THE BOOK FOR TODAY, JOIN ME FOR MY REVIEW, LINKS, AND EVEN A SMALL EXCERPT!! 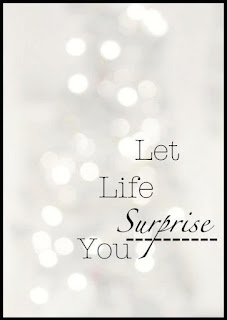 THIS QUOTE IS SIMPLE, BUT BOY DOES IT APPLY!! HERE IS MY REVIEW!!


Home Is Where The Hard Is by: Caraway Carter
(Summer Bigger Than Others Anthology)
reviewed by: Becky

Chad has a lot on his mind; a failing relationship, a deadline. He's looking forward to a month alone at his uncle's beach house. But within the first twenty-four hours there, his life is turned upside down. He gets a day of innuendos and unexpected sexual encounters.Is this the beginning of a wonderful new life? 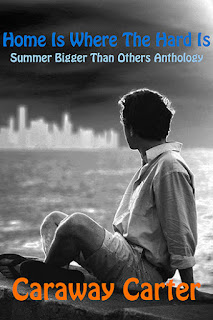 Ok I will be the first to say this book was way out of my comfort zone, but that being said, I loved it!! It was majorly hot, and very well written and gave you lots of unexpected surprises!

I can't say much about it without giving away spoilers, but what I will say is Chad is into things sexually that causes tension with his boyfriend, Nik. When things come to a head Chad leaves for his 'Uncle's' beach house, though he is sad about ending the relationship, he refuses to be with someone who doesn't share the same sexual views he does, in the end it would just cause heartbreak.

When he gets to the beach house, Chad gets so much more than a vacation to work on his deadline, he gets a life changing experience, and who knows in the end maybe he can have his cake and eat it too!

This book is so hot, grab a box fan while you read it!! I love the twists and turns in the story you don't expect also! Thanks Caraway, for a great trip out of my comfort zone!! 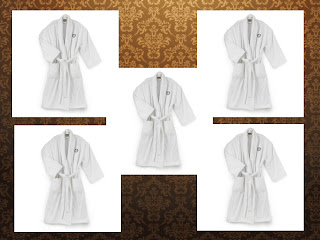 
I JUST HAD TO DO THE ROBE RATING, YOU WILL SEE WHY :)! HERE ARE THE LINKS FOR THIS ONE, THE BEATEN TRACK LINKS WILL GIVE YOU ALL THE BUY LINKS YOU NEED!

HOME IS WHERE THE HARD IS BT LINK

SUMMER BIGGER THAN OTHERS BT LINK

NOW HOW ABOUT A SMALL EXCERPT:

“Look, it’s over if you zip that duffel bag.” Nik stopped and looked into Chad’s eyes. “Then I’ll know you aren’t willing to fix this,” he said and turned to lean against the wall.
This was the same forty-five minute fight that had been going on for the past three months. Nik and Chad would agree to disagree, go about their business and then Chad would say something stupid and the fight would start again. But it was the first time an end to the five-year relationship was left hanging in the air.
They’d had their ups and downs. Chad firmly stated the relationship was open, that he could have other partners, and Nik went along with it for a long time. But when Chad said they needed to add a third to the relationship: that was the straw that broke the camel’s back. That was when the fighting began.
Chad had a deadline looming, and he knew the beach house would be the place to calm his mind, get him away from the constant arguing. And what that meant was that the duffel bag needed to be zipped.

OH YEAH, JUST WAIT, YOU AIN'T SEEN NOTHIN YET! THANKS FOR LOOKING AT HOME IS WHERE THE HARD IS WITH ME, JOIN ME TOMORROW FOR ANOTHER BOOK IN THE ANTHOLOGY!

at August 16, 2015
Email ThisBlogThis!Share to TwitterShare to FacebookShare to Pinterest