BEYOND THE SURFACE BLOG TOUR STOP!!

HEY THERE FRIENDS, I AM SO EXCITED ABOUT THIS RELEASE DAY BLOG TOUR STOP! NOT ONLY IS IT FEATURING BEYOND THE SURFACE, THE BREAKFAST CLUB 1; BY FELICE STEVENS; BUT MY GIRL CLAUDIA IS REVIEWING IT FOR ME; I HAVE HER REVIEW, LINKS, AN EXCERPT, AN AUTHOR BIO AND SOCIAL LINKS, AS WELL AS A GIVEAWAY, SO LET'S GET STARTED! 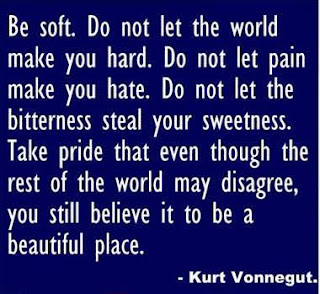 I LOVE THIS QUOTE SO MUCH, GREAT JOB CLAUDIA! HERE IS HER REVIEW"

Beyond the Surface (The Breakfast Club #1) by: Felice Stevens
reviewed by: Claudia

On 9/11, firefighter Nick Fletcher’s world changed forever. He's unable to rid himself of survivor’s guilt, made worse by the secret he hides from his family and co-workers. Nick's life is centered around helping burn victims, until he is reunited with the man he’d once loved but pushed away. Now he has a second chance at a love he thought lost forever.

For fashion designer Julian Cornell, appearances mean everything. His love affairs are strictly casual, and the only thing he cares about is making his clothing line a success. A chance encounter with the man he loved long ago has Julian thinking for the first time in years there may be more to life than being seen at the best parties and what designer labels to wear.

When Julian’s world takes an unexpected turn, it's Nick who helps him regain perspective on what matters most in life. Julian, in turn, helps Nick accept who he is and understand he isn’t responsible for tragedies he couldn't prevent. Lost love found can be even sweeter the second time around and after all the years apart, both men learn to look beyond the surface to find the men they are inside. 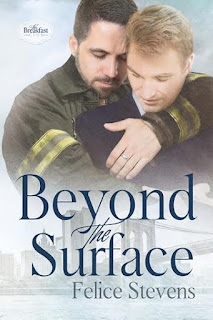 I must start confessing that I love Felice’s books, so I was thrilled to review Beyond the Surface and OMG, what an amazing read!!!
Nick and his story grabbed me from the start, he’s such a conflicted, hurt and lonely soul!  The secret and the guilt he carries, sometimes are more than he thinks he can handle, but he finds himself unable to take the step that can make him free, but at the same time can make him lose everything he holds dear to his heart.
At first, Julian looked like a spoiled, superficial fashion designer… A person so focused on appearances that wouldn’t ever spend a second worrying about other’s plights.  I’m so glad he was nothing like that.  Behind all that protection wall, there’s a sweet and hurt person, striving to find his path in life, trying to forget the one person that changed his life, the only person he has ever loved and lost.
It’s so beautiful and sweet to see them reconnecting, supporting each other, taking from another, the strength they need to fulfill their dreams, to grow as individuals and as a couple.
And I’m soo In love with Julian’s friends! I can tell there’s a story in each of their pasts that I can’t wait to read about!  Congrats Felice for a wonderful start to a new series.
Don’t miss this great book!!! 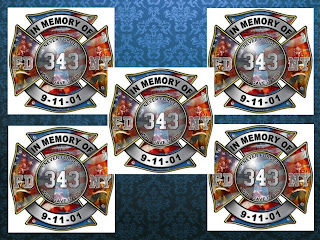 WHAT A BEAUTIFUL RATING PIC CLAUDIA DECIDED TO USE, I LOVE IT :*), HERE ARE THE BUY LINKS, AND AN EXCERPT FOR YOU!

Julian was in the kitchen, sitting on one of the stools by the counter. He had a glass in front of him filled with what Nick presumed was vodka, having spied the Grey Goose bottle.
“Would you like a drink? I have beer, wine…anything you’d like.”
Nick shook his head, regret piercing his heart as he watched the hope drain from Julian’s eyes.
“I don’t think so. I’m going to head home. I want you to know how much I appreciate what you did for Jamal tonight.”
Julian stood abruptly, kicking the stool away from his feet.
“Don’t treat me like I’m some fucking stranger, Nicky. You owe me. It’s been eighteen years; you think I’m going to let you walk out on me again like you did before? After what just happened between us? After you fell apart? No fucking way. I’m not that same person and neither are you, obviously.”
Taken aback by Julian’s anger, Nick remained mute.
“What the hell is going on with you? One minute you’re tongue fucking me into the next century and the next you’re freaking out. I know I’m a damn good kisser, but this isn’t about us, is it? It has nothing to do with our past and everything to do with you and the shit that’s floating around in your head.”
Julian stepped closer to him and Nick, who normally couldn’t stand people near him, was rooted to the floor, unable to move.
“Talk to me, Nicky. Tell me what happened to you.”
He was so tired of holding himself together, feeling like at any moment he’d shatter into a million tiny pieces, leaving nothing behind but a pile of dust.
Ashes to ashes, dust to dust.
The words poured out of him, flowing unchecked this time. “It should’ve been me. We all went to the Towers to save them. It was my day off, but I went anyway. I heard and couldn’t stay home; I had a duty to help, you know? But I lived and they all died. Why, Julian? Why did I live and they didn’t?”
“Oh, Nick.” Julian held him close. “I don’t have the answers for you. No one does. But I’m going to be completely selfish and say I’m so thankful you did make it and we’re here together after all these years.”
Unflinching green eyes gazed back at him. Clever, beautiful eyes that Nick could never stop dreaming of. Eyes that at one time had held the promise of forever, until Nick ruined everything with his cowardice and shame. Unable to maintain Julian’s scrutiny, Nick broke away and ran to the elevator, his chest heaving, eyes stinging with tears.
“Let me out. I need to leave here. NOW.”

ISN'T THAT AWESOME, AS CLAUDIA SAYS, YOU CAN'T MISS THIS ONE FOR SURE!  HERE IS SOME INFO ON THE LOVELY FELICE STEVENS ( SHE IS A GO TO AUTHOR FOR SURE!)

I have always been a romantic at heart. I believe that while life is tough, there is always a happy ending just around the corner. I started reading traditional historical romances when I was a teenager, then life and law school got in the way. It wasn’t until I picked up a copy of Bertrice Small and became swept away to Queen Elizabeth’s court that my interest in romance novels became renewed.

But somewhere along the way, my tastes shifted. While I still enjoys a juicy Historical romance, I began experimenting with newer, more cutting edge genres and discovered the world of Male/Male romance. Once I picked up her first, I became so enamored of the authors, the character-driven stories and the overwhelming emotion of the books, I knew I wanted to write my own.

I live in New York City with my husband and two children and hopefully soon a cat of my own. My day begins with a lot of caffeine and ends with a glass or two of red wine. I practice law but daydream of a time when I can sit by a beach somewhere and write beautiful stories of men falling in love. Although there is bound to be angst along the way, a Happily Ever After is always guaranteed.

CLICK BELOW TO ENTER THE GIVEAWAY, GOOD LUCK FRIENDS!!

THANKS FOR JOINING ME FOR THIS RELEASE DAY BLOG TOUR STOP, AND AS ALWAYS THANKS SO MUCH TO CLAUDIA FOR ANOTHER FAB REVIEW! GRAB THIS BOOK FRIENDS, YOU WILL LOVE IT TOO!

​
at August 17, 2015
Email ThisBlogThis!Share to TwitterShare to FacebookShare to Pinterest