I TOTALLY LOVE RELEASE DAY REVIEWS, AND BOY DO I HAVE A GREAT ONE FOR YOU TODAY! WOLVES OF BLACK PINE THE WOLFKIN SAGA 1 BY: SJ HIMES IS A WONDERFUL STORY YOU WILL JUST LOVE! I HAVE MY REVIEW, LINKS, AN EXCERPT, AND AUTHOR BIO AND LINKS, LET'S GET TO IT! 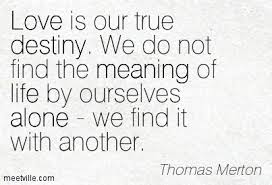 I LOVE THIS QUOTE FOR THIS BOOK, HERE IS MY REVIEW:


Wolves Of Black Pine ( The Wolfkin Saga 1) by: Sj Himes
reviewed by: Becky

An ancient civilization long hidden from humanity is on the brink of chaos and war. Peaceful for thousands of years, the wolfkin clans are mysteriously losing packmates, kidnapped and killed by unknown foes.
The nightmare begins with an ambush by humans at a gathering of their kind, and lives are lost. Among them is Luca, youngest grandson of the two most powerful wolves in the Northern Clans. Thought long dead and gone, he is forced into a half-life, hidden in the far northern wilds of Canada and cut off from his kind. Those who raised him have no idea the creature they harbor in their midst, and name him Ghost. He begins to lose himself over the long years, and though he barely recalls his true name, the one wolf he never forgets is Kane.
Kane, Heir to the wolfkin clan Black Pine, is charged with hunting down the traitors who betrayed their kind to the humans. Years fly by, and more wolves are dying. He refuses to give up, and he vows to never again fail another of their kind, as he failed young Luca years before. His heart tells him Luca lives, but his mind tells him that it’s foolish hope, his guilt eating him alive.
Fate and magic change the course of their lives, and the two wolves long separated by the years find their paths intertwining. Though the gift of their reunion doesn’t come without price. Faced by the consequences of their growing love, and the goddess-forged bond between them, Kane and Ghost are besieged on all sides. Enemies are coming for their blood, and without the steadfast loyalty and love of family and friends, they may not be safe from the very people they fight to protect. 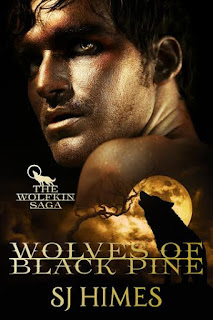 This book is just stunning, the way it morphs from when Luca is young and the unthinkable happens, to years later when he is Ghost and living a life far removed from his early years is seamless, which is very hard to do.

We first meet young Luca at a gathering of the Werekin, and he is just a pup and as the youngest grandchild of two very powerful werekin families, he is destined for greatness. When tragedy strikes Luca is separated from his family and believed dead, and Kane who tried to save him takes losing young Luca very hard.

Luca is found by a couple who raise him as a wolf they named Ghost, and they never realize the powerful being that they have in their home. I won't give much more away, but I will say that when Kane and Luca find each other again, sparks fly, no matter how ill timed they are.

Come on the journey with two souls who were destined to find each other and read what happens, both good and bad when they do! I must warn you, you will need book two right when you finish book one, I can't wait for it! Thanks Sj, for an epic tale of two men we can easily fall in love with! 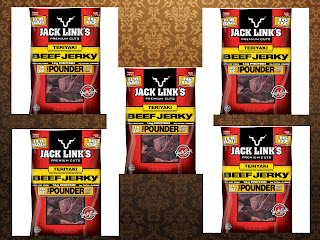 I DID THIS RATING IN HONOR OF A YUMMY SNACK FOR A HUNGRY LITTLE WOLF CUB! HERE ARE THE LINKS FOR THIS ONE:

“Glen, how old would you say he is?” Cat whispered, hoping her partner would say what her brain was thinking, but what her gut was saying was wrong.
“His size puts him around ten to twelve weeks….but his teeth and musculature, limb development looks younger than that. Scroll over to where he lifts up his lip…” Cat flipped pictures, and she saw the frame he was referring to, “-and his teeth, eyes and ears are saying he’s around five to seven weeks. God, he’s beautiful, too.”
“Shit. That’s what my gut says, too.” They’d both spent years of their lives looking at wolves, and what she was seeing didn’t make sense. “Is he just really big for his age?” “Must be. Probably the only surviving pup in a litter, so he got all the food. That would make sense.”
“Yeah, that does make sense. Oh, wow. Umm….” She trailed off, as the cub moved. She was disappointed, thinking he was about to run away, never to be seen again. She had her proof that wolves were back in Baxter, the pup’s presence evidence of breeding pairs at the minimum. Instead of running to the bushes, the cub stood on shaky legs, and tumbled from the pile of logs. He moved as if he didn’t know his nose from his tail, clumsy like most pups, but a cub of ten weeks or so should be more coordinated, substantiating their opinion he was actually much younger.
They both froze, and Cat found one of her hands had grabbed Glen’s wrist in a death grip as the cub got to his feet, and oh-dear-Lord, slowly walked over to them. He was lovely, and his tail was out straight, head level to his shoulders, his posture curious and not aggressive. The cub would be glorious when he lost his puppy coat and got the spectacular adult coat of the gray wolf. He seemed to remember how to walk the more steps he took, and Cat and Glen held absolutely still as the cub came right up to them, black nose stretched out as far as he could reach, sniffing loudly. The cub wasn’t afraid, just nervous.
As he got closer, Cat could see that he was damp, and his legs were muddy, tail too. He smelled like river water, and she had a sneaking suspicion he must have been in the current. It would explain his shivers, and damp fur. The cub snuck in cautiously, and his nose was inches from her free hand. Her fingers twitched, the desire to touch him nearly overpowering, yet she held back. He was a wild creature, and she couldn’t treat him like a pet.
She held firm right up until his tiny little pink tongue came out and licked the back of her hand, whimpering pitifully as he scooted closer. He put his head under her hand, making her pet him, and she fell in love instantly.
“Cat….” Glen warned, but the cub’s tail was wagging, and he was suddenly in her lap, whining and licking at her face, her arms coming up instinctively, hugging the cub. She laughed, the licks tickling her, and she tried to keep him from falling as he all about climbed her torso to give her kisses.
“Dammit, Cat…” Glen suddenly found himself with an armful of wiggling cub, the little wolf jumping from Cat’s lap to the flustered photographer’s. Glen tried to abstain, but the cub’s enthusiasm soon put a reluctant smile on the older man’s face. “He’s charming, isn’t he?”
He wasn’t acting like a wild animal. He wasn’t afraid, not anymore, yipping happily as Glen scratched behind his ears, practically throwing himself in joy on the man. Glen smiled, and Cat laughed as the cub rooted in Glen’s coat pockets, his nose working loudly.
“Think he found your jerky stash, Glen.”
“Yeah he did.” Glen managed to get the plastic pouch away from the cub, who promptly sat on his haunches and perked up his ears, tail wagging. He looked so much like a Labrador she had as a kid she felt a niggling suspicion firm into conviction.
“Glen, I don’t think he’s wild.” Cat pointed at the way he was sitting, and the pup yipped, raising one foot and pawing at the air, eyes fixed on the jerky in Glen’s hand. “Look at how he’s acting. He’s used to people.”
“Yeah, I can tell. I’ve never seen a wild wolf pup act like this. He’s acting more like a dog than a wolf.” The pup seemed to understand, and he almost glared at the photographer before his attention returned to the jerky. Glen laughed softly, and rubbed his head. “Sorry, pal. You’re nice for a mean, evil varmint.” That got Glen another look, but Cat just smiled, thinking she was seeing things after hiking around in the woods all day getting drained of her blood supply by the local pests.
“Where do you think he came from?” Cat asked, as both she and Glen relaxed on the ground, the pup between them with a chunk of jerky, making happy growls as he chewed on the dry meat. “He obviously isn’t wild.”

AWWW, LITTLE LUCA, SERIOUSLY, HOW CUTE IS THAT? JUST WAIT; THIS BOOK IS STUNNING! HERE IS AN AUTHOR BIO AND LINKS FOR YA:
I’m a thirty something bisexual cisgendered woman with way too big an imagination, but that comes in handy when I’m writing. I have been writing since I was a child, when I took a four page assignment on what I was going to do on summer vacation and turned it into a 100 page fantasy epic all written by hand…in crayons. No joke.
I work a day job, but I can’t share for who, since the Old Man isn’t as liberated as the people who read my books. I’m married, I have furbabies, and I live with loved ones. I adore a certain show about a British consulting detective and his grumpy army doctor, and that spawned an addiction to Johnlock fanfiction, which then evolved into me writing it. Gawd, that’s embarrassing. Put this down in the TMI section of my Bio, okay?  I enjoy martial arts, movies where things blow up, and I wish I lived in a Marvel movie.
I live in the beautiful and lonely Berkshire County in Massachusetts, and I see way more wildlife than I care to on a daily basis (bears!). My perfect day is reading surrounded by friends and family who don’t think it’s odd I want to hang out but not talk, and my favorite scent of all time is a cool fall evening with leaves burning….less a scent, and more of an experience.
My writing is focused on gay and lesbian people, who are more than interesting side characters that hang out with the heterosexual MCs. My wish for the future is that when people ask me what I do for a living, I can say, “I write gay romance,” and NOT get weird looks.

DON'T MISS THIS ONE FRIENDS, THANKS FOR JOINING ME FOR RELEASE DAY! 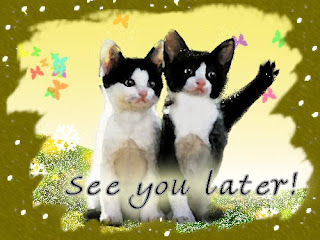