Hello friends, it has been a while since I have done a review, but I am back with an amazing book and I can't wait to tell you more about it! For Love Of God, book 1 in the Blessed Be series is amazing so take a look below for my review and much more including an excerpt! 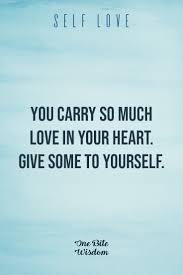 This quote reminds me so much of Spencer, you will see why! Now for my review!

For Love of God

And Spencer Hill is convinced God has called him to the Episcopal priesthood.

attracted to. Then he tries dating a woman, another candidate at General Theological

Seminary. Then, as a last resort, he considers a life of chastity.

His attempts to deny his orientation fail, and he has a crisis of faith that nearly sends

him over the edge. He’s saved by an insightful therapist and by his relationship with

Donald, which he can no longer avoid. Then his life is in disarray again when Donald’s

life takes a religious turn Spencer cannot accept, and he must find a path where there is

no conflict between God and gay. 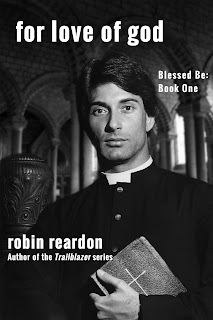 I was so excited to review this book because I love this author and I knew it would be something special! Little did I know that this book would take me on a journey, a journey with Spencer that I am so glad continues through the rest of this series.

We get a front row seat to Spencer navigating his life and how he chooses the path his life will take by combining his love for the Lord and who he really is and wants to be.

Spencer loves the Lord and he wants to be a priest and tell everyone how God has worked in his life, but he also knows he is gay and doesn't want to live a lie, though the times he lives in are not very tolerant to gay people, so Spencer has to be careful.

There are many people in this book that you will meet and you will be in awe of how Robin weaves them seamlessly in and out of the story. He will love and laugh and cry, but Spencer will take you with him for every tear and peal of laughter.

The author sets up book two in an amazing way, by having Donald, Spencer's (sort of) partner make a decision that could put him on a lonely, if not dangerous path, and it is up to Spencer and Donald's sweet sister Ruth to try to help him.

I can't wait for book two, I want to know what happens with Donald, but I also can't wait for more of Spencer and the way he knows who he is and as far as he is concerned ( and he is right) he is just as qualified to preach God's word as anyone.

Thank you Robin, for giving us an amazing read just as I knew you would! 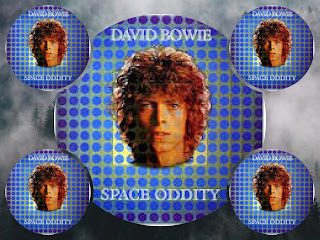 I just had to do the 5 Space Oddity rating! You will see why :)

This next link is very informative, it is a blog post about Robin's friend who is on the cover, and just happens to be a gay priest. This is an amazing post, so check it out!

Next we have an excerpt that you are going to want to see!

EXCERPT FROM CHAPTER ONE of FOR LOVE OF GOD

find, scouring the information for the name Donald Rainey.

area of town, in a short line of people waiting to buy tickets for a production of

I sat as far from the stage as I could, which in that small house wasn’t terribly far.

No one sat to my right, but on my left was a woman who reminded me, somewhat

disconcertingly, of my mother.

Watching the characters cavort about for our entertainment, I felt myself

reminded of high school, and it wasn’t because I sat beside someone who could have

been my mother. No; I found myself glad of the jacket I had worn. Bunched in my lap, it

enabled me to be certain I hid what was happening.

I was getting an erection.

It started as Puck talked about the practical jokes he would play on people: being

a crab in a gossip’s bowl of soup, only to come frighteningly to life; pretending to be a

three-legged stool only to slip away as someone attempted to sit.

every gesture he made seemed rife with carnality. Oh, hell; rife with sex. Though I had

known I was gay for a few years, I had never acted on it. I’d been as chaste as if I’d

When Puck left the stage at the end of that scene, a silent sigh of relief left my

body. And yet, once he was gone from the stage, I found it hard to concentrate on the

conflict between Helena and Demetrius or on anything else, until Puck reappeared.

As the play wore on, I waited for each of Puck’s appearances. I knew the play; I

didn’t need to follow every character to know what was going on. So it would seem like

Such a wonderfully silly play. Or so I had found it in the past. There was Flute.

characters. But there was only one I wanted to see. Hear. Feel.

I barely caught any of his words. Something warm expanded within me, and my

head buzzed in a way that nearly blocked out sound. I knew Puck was fated to sprinkle

a magic love potion on the wrong man, because he mistook him for another. The actors

playing Demetrius and Lysander looked nothing alike, and I wondered if it had been the

I watched intently as Puck tiptoed up to the sleeping Lysander, Donald’s body

absurdly contorted to exaggerate—or even ridicule—his need to be quiet. And when he

was about to release the magic dust, he turned toward the audience with the most

devilish grin on his face, and in a sudden thrust of his arm a handful of sparkles flew

away from the stage.

As his hand, now open, was lifted high over his shoulder, he looked out at the

audience. And he looked directly at me. His head tilted to the side just for an instant,

and then he was back in his role again, releasing sprinkles from his other hand over

Did he actually see me? It felt like torture not to know, not to be sure.

Once the scripted mistake was done, the unintended consequences troubled

Puck not at all. His comment: “Lord, what fools these mortals be!”

Now for an author bio and links!

I am an inveterate observer of human nature, creating stories about all kinds of people,

destinies are not determined solely by their sexual orientation or gender identity. I write

endings that are realistically hopeful rather than sugary and/or ;happy ever after.

Thanks for joining me for my review of For Love of God, and I hope you pick it up because I know you will be just as inspired as I am! See you guys next time! 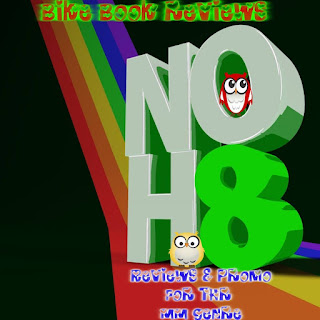 at June 16, 2022
Email ThisBlogThis!Share to TwitterShare to FacebookShare to Pinterest