HEY GUYS! I CAN'T BELIEVE IT IS FINALLY RELEASE DAY FOR RAVENSONG: GREEN CREEK #2 BY TJ KLUNE! MY GIRL GRACE IS HERE TO TELL US WHAT SHE THINKS OF THIS BOOK! LET'S TAKE A LOOK: 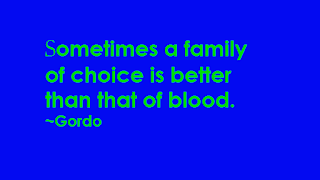 Gordo Livingstone never forgot the lessons carved into his skin. Hardened by the betrayal of a pack who left him behind, he sought solace in the garage in his tiny mountain town, vowing never again to involve himself in the affairs of wolves.
It should have been enough.
And it was, until the wolves came back, and with them, Mark Bennett. In the end, they faced the beast together as a pack… and won.
Now, a year later, Gordo has found himself once again the witch of the Bennett pack. Green Creek has settled after the death of Richard Collins, and Gordo constantly struggles to ignore Mark and the song that howls between them.
But time is running out. Something is coming. And this time, it’s crawling from within.
Some bonds, no matter how strong, were made to be broken. 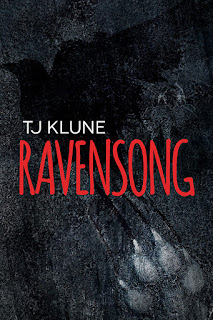 Ravensong is book 2 in the Green Creek series by TJ Klune.  This book focuses on Mark and Gordo’s story and more on Gordo’s point of view and while it does have some of the jumping from past to present, it is definitely not a Wolfsong 2.  As with any of this author’s books, the internal struggles the main characters put themselves through are as heart wrenching as anything the protagonists’ battles with them could ever be.  I spent a lot of time with tears streaming, yelling at Gordo and Mark and pretty much everyone else.

There can be some confusion as this story jumps from Gordo’s childhood to present time and all in between and I’ll admit, I did have to go back and re-read passages to make sure I understood what was going on.  Even with that, I could not put this book down.

I made my nest of pillows, made sure I had tissues, drinks and snacks close by and that my tablet was charging before diving in.  Reading Gordo’s story, feeling his emotional history, I’m amazed he was able to maintain his friendships, although most of that is also due to Rico, Chris and Tanner’s refusal to let him go.  After several hours, two boxes of Kleenex and multiple bottles of water, and a hard fought HEA for Gordo and Mark, I was not prepared for the ending of this book.

While I normally include a brief synopsis to give a bit more info than is in the blurb, in this case, I can’t.  I can’t bring myself to take away from another reader’s unwrapping of the story, the same way I did, with some apprehension and a lot of excitement along with the knowledge that the next few hours will include tears, laughter and so much more.  This book is amazing in its demonstration of how fine the line is between love and hate and how the heart can change for better, or worse. 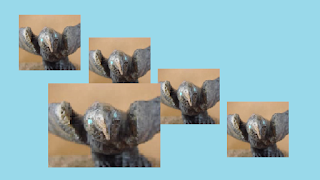 The 5 Wooden Raven Rating – because Mark knew Gordo needed it, even back then.

WOW GRACE, THIS IS AN AMAZING REVIEW, AND YEAH NO WAY COULD WE GIVE AWAY THE SECRETS OF THIS BOOK (OR ANY BOOK FOR THAT MATTER :p) I CAN'T WAIT FOR YOU TO READ THIS ONE FRIENDS! GRAB IT WITH THE LINKS BELOW:

THANKS SO MUCH FOR JOINING US FOR GRACE'S REVIEW OF RAVENSONG! AS ALWAYS SHE DID AN AMAZING JOB! SEE YOU NEXT TIME FRIENDS!

at July 31, 2018
Email ThisBlogThis!Share to TwitterShare to FacebookShare to Pinterest