HEY GUYS, YOU HAVE NO IDEA HOW EXCITED I AM TO BRING YOU MY REVIEW OF A DANGEROUS DANCE: HAVEN HART 3, BY DAVIDSON KING! I HAVE BEEN PINING FOR BILL'S STORY SINCE I READ SNOW FALLING! BELOW IS MY REVIEW ALONG WITH TEASERS, AN EXCERPT, AND MORE INCLUDING A GIVEAWAY, SO LET'S GET TO IT!

Synopsis:
Finally working for a man he can trust has given Bill a new purpose. His boss, Christopher Manos, commands respect and absolute loyalty, and Bill has proven himself worthy of a seat at Christopher’s table. Becoming best friends with Christopher’s husband, Snow, has further proven his allegiance and cements a place for him in the Manos family. When Snow’s life is in danger, Christopher places his full trust in Bill to destroy anything and anyone that poses a threat to his husband. But hunting and wiping out the enemy for the safety of everyone Bill cares about means partnering with the one person he has vowed to never see again.
Mace wears a mask of vain cockiness and uses his model good looks to his full advantage. Known to many as Without a Trace Mace, he’s a deadly assassin well known for wiping out whole families and getting away without a trace. With a dangerous past and an unknown future, Mace uses his veil of conceit to keep others at a distance, rarely trusting anyone. When his boss, Black--the one man he trusts above all others—gives him his next assignment, he learns his newest partner is none other than Bill, the man he’d do anything to avoid.
With the safety of the Manos family on the line at the hands of a brilliant maniac, Bill and Mace begrudgingly put their differences aside to ensure Snow, and his loved ones, are protected from harm. With their lives in grave danger and the clock ticking towards zero hour, they navigate deathly perilous situations and uncertain outcomes, hoping they survive long enough to keep the Manos family safe.
Bill and Mace’s traitorous hearts draw them closer together no matter how hard they fight the inevitable. With the lives of their loved ones hanging in the balance, they find themselves in the middle of a dangerous dance. But when the music stops, will they both be left standing?
Amazon Exclusive/KU
Length: 57,400 words
Good Reads Link: https://www.goodreads.com/book/show/40663791-a-dangerous-dance 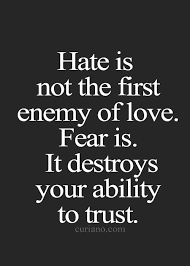 I was so excited for this book, when I first met Bill in Snow Falling I knew he needed a story. He may have started out on the wrong side, but there was something there, something that said he needed a happy ending.

I am so glad that Davidson King did not write Bill as a wilting violet, someone who needed protecting, that isn't who Bill is to me, and the way she went about this story is amazing! I don't often say a story is perfect, but this one is, this story does Bill and Mace justice, and it let's both of them be just who they are.

Mace and Bill have an explosive chemistry, at first it is built on hate, then lust, then something more, that is if both of these pig headed men will acknowledge it! The last thing Bill wants to do is work with Mace on a job at first, but he agrees because he will do anything to keep his best friend Snow safe, and Snow's husband knows it.

Bill and Mace work to eliminate the threat to Snow, but it seems that the problem is much deeper than they thought, can these two keep those important to them safe, not to mention each other?

I would like to thank this author, for giving a favorite character a story he deserves and then some! I can only hope who's story is next...:) 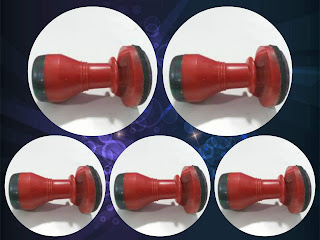 I REALLY CAN'T WAIT FOR YOU GUYS TO READ WHY I DID THIS RATING! IT IS PERFECT (WELL IF YOU'RE NOT BILL :p) BELOW ARE SOME TEASERS AND AN AMAZING EXCERPT. GRAB THIS BOOK IN THE LINK ABOVE THE REVIEW!

Excerpt
The night before, I left Mace sleeping on the couch. I’d never admit it to him, but I ended up foregoing the end of The Fifth Element in favor of watching him sleep. He was a gorgeous man. Too beautiful for a mere mortal, almost.

I remembered when we were staking out a place we thought Lee was in last year, Mace was so bored, he ended up watching cat videos. He had laughed like he was afraid of being caught. It was then I began wondering why he’d felt that way. Of course, it had only taken him opening his mouth to remind me why I didn’t give a shit.

People like Mace fucked men like Snow. Ethereal, stunning, pristine men. Men that when they rubbed up against you made you shine brighter. I fucked whoever showed me even a little interest. I wasn’t picky.

When I had worked for Roy, I never fucked the underage boys like he did. Never raped anyone like he did. I slipped into gay clubs, fucked a stranger in a bathroom, and rushed back before anyone knew I was gone. Sex for me was never a beautiful thing. It was a necessary thing. Something I did so my balls wouldn’t explode.

“We leave in ten,” Mace shouted through my bedroom door, where I was getting dressed to blend into Wet and Wild Night at Joker’s Sin. I didn’t have clubbing clothes, so I opted for a white t-shirt, black jeans, and my boots. It was getting colder outside and often a flurry would pop up out of nowhere, so I was glad I had my leather jacket.

When I stepped out of the bedroom, Mace was leaning against the wall, scrolling through his phone. Most likely a message from Black. I was able to take a moment to appreciate the physicality of the man. Long legs that would wrap nicely around my waist. The white shirt was so sheer, I could see the shadows of lean muscles I wouldn’t mind painting with my come. His dark, layered hair was longer than I’d ever seen it and my fingers twitched with the need to grip it as I thrust into his tight…

“Why are you staring at me? Do I have a stain or something?” He frantically began looking over every inch of fabric. I decided to put him out of his misery.

“Nothing’s wrong. I was just wondering if I was underdressed. I don’t want to stick out, I need to fit in.”

Mace took me in. His gaze was both welcomed and dangerous. Lust danced in his eyes and I suddenly wondered how this even happened. I hated this man, everything he stood for, and his better than thou attitude. Why was I suddenly wondering what he tasted like?

Had I not seen the want in his gaze, I wouldn’t have believed he’d find someone like me appealing at all.

“You look good.”His voice was rough and when he turned away, I felt the loss like ice water thrust over me. “Jones is driving us. He’ll watch the entrance. Zagan is unpredictable, so we need all the eyes we can get.”

Davidson King, always had a hope that someday her daydreams would become real-life stories. As a child, you would often find her in her own world, thinking up the most insane situations. It may have taken her awhile, but she made her dream come true with her first published work, Snow Falling.

When she’s not writing you can find her blogging away on Diverse Reader, her review and promotional site. She managed to wrangle herself a husband who matched her crazy and they hatched three wonderful children.

THANKS SO MUCH FOR JOINING ME FOR MY RELEASE BLITZ FOR A DANGEROUS DANCE! I CAN'T WAIT FOR YOU GUYS TO READ IT! BE SURE TO ENTER THE GIVEAWAY ABOVE BEFORE YOU GO!

at July 17, 2018
Email ThisBlogThis!Share to TwitterShare to FacebookShare to Pinterest