COUNTDOWN TO THE HOLIDAYS DAY 32: AND TO ALL A GOODNIGHT REVIEW!!

HEY GUYS, IT'S DAY 32 OF OUR COUNTDOWN TO THE HOLIDAYS BOOK REVIEW EVENT AND MY GIRL JESS KURVERS IS HERE WITH HER REVIEW OF ' AND TO ALL A GOODNIGHT' BY: FELICITAS IVEY FROM THE 2016 DREAMSPINNER ADVENT CALENDAR BAH HUMBUG! LOOK BELOW FOR HER REVIEW, THE LINK, AND EVEN AN EXCERPT: HERE WE GO! 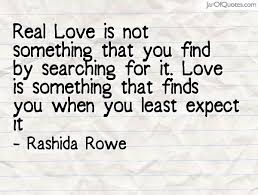 THIS QUOTE IS PERFECT FOR THIS BOOK! HERE IS JESS'S REVIEW!

And To All A Good Night
Bah Humbug 2016 Dreamspinner Advent Calendar
by: Felicitas Ivey
reviewed by: Jessica Kurvers


Kobbi Aackers was excited to have a traditional family Christmas with his younger sister Franzi, a famous rock star. But instead of the peaceful holiday he had planned, she’s turning it into a televised musical extravaganza, in a desperate bid for publicity.
Kobbi can adapt, especially since the show’s host Wytt Kanard is easy on the eyes and easy to work with, even if he doesn’t believe in Christmas at all. Wytt is alternatively amused and horrified at the simplicity that is Kobbi’s life and the enthusiasm he has for the holiday, all while taking care of his houseful of unexpected guests.
Maybe Kobbi can convince the cynical Wytt that Christmas isn’t an event to be managed, but something special to be shared. Maybe he can muster the courage to confess his attraction and offer Wytt a surprise present.
A story from the Dreamspinner Press 2016 Advent Calendar "Bah Humbug." 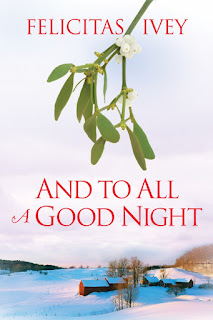 Franzie retreats to her brothers NE farm house for Christmas... well kinda of...

Kobbi is blindsided by his sisters Christmas plans, but the sexy Wytt might be worth playing nice. Plus all he wants is to spend Christmas with his little sister to have a special country Christmas to decompress some LA out of her.

This was a great read. I liked how we got to watch a brother and sister heal their relationship,  and Kobbi and Wytt tenitivley start theirs. It's a short read so I don't want to give too much away. But this truly was a fun, modern twist on opposites attract. 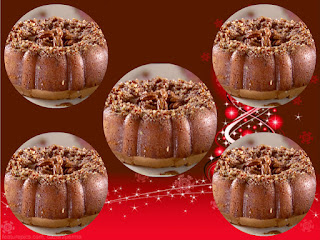 I give And To All A Good Night 5 Christmas Rum Cakes!!

THANKS JESS, GREAT REVIEW, AND I AGREE, THIS WAS A GREAT BOOK! BELOW IS THE BUY LINK SO YOU GUYS CAN GRAB IT!

I WAS puttering around the house, trying not to be too nervous about waiting for my sister Franzi to arrive. When I heard an SUV pull up in front of my house, I stopped straightening up the already clean family room and headed for the front door. When I opened it, the person standing there wasn’t the one I was expecting.
“What are you doing here?” I asked in confusion.
Tanya Williamson standing on my stoop was the last thing I expected for Christmas. Tanya was the manager/babysitter/fixer for my high-maintenance rock ’n’ roll younger sibling, Franzi. Franzi’s a veteran of the cutthroat music business at twenty-one, following the footsteps of our father, Franko, the infamous rock star. Franko had risen high, stayed there a long time, and died of a heart attack at the age of forty from a number of things. Franzi was ten; I was just past twenty.
“Let me in, Kobbi,” she snapped. “I’m freezing my tits off. I’ve been on the road for hours to this back-road town and I want to pee.”
I bit back the retort I wanted to make and stepped aside to let her into the entryway. She had to put up with Franzi a lot more than I did now. Franzi was a sweet kid, for the most part, but could go from zero to impossible in the blink of an eye.
“Where’s Franzi?” I asked. Keeping her on the stoop was rude and was also letting all the heat out of my house.
Tanya sighed, her anger flowing out of her as she walked in, removed her coat, and handed it to me. “She didn’t call you?”
“She’s not coming,” I said flatly as I closed the door behind her.
But that wouldn’t explain why she was here. Tanya was attached to Franzi at the hip, usually after she had acted out in public. But that still didn’t stop my heart plummeting to my toes with the feeling of disappointment that Franzi wasn’t going to be here.


“She’s being a brat,” Tanya growled. “Give me a cup of coffee after I hit the girl’s room, and I’ll explain everything to you. She’s a couple of minutes behind me, so she’s not blowing you off.”

THANKS FOR JOINING US FOR DAY 32 AND GRAB THIS BOOK IT'S GREAT! THANKS AGAIN JESS FOR A BRILLIANT REVIEW! SEE YOU GUYS NEXT TIME!