HELLO FRIENDS, IT'S DAY 29 OF OUR COUNTDOWN TO HOLIDAYS BOOK REVIEW EVENT AND MY GIRL JESSICA KURVERS IS HERE WITH HER REVIEW OF POPCORN GARLANDS BY ARIEL TACHNA! THIS BOOK IS PART OF THE 2016 DREAMSPINNER ADVENT CALENDAR: BAH HUMBUG AND I HAVE JESS'S REVIEW, THE LINK AND EVEN AN EXCERPT! LET'S GET TO IT! 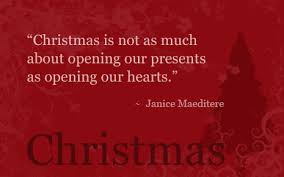 I LOVE THIS QUOTE! HERE IS JESS'S REVIEW!


Carlos Mendez spends all year working hard at his Houston-based landscaping business, and he sends every spare penny he earns back to his family in Mexico. By the time the holidays roll around, he doesn’t have much patience for the unadulterated greed and consumerism paraded past him. But a chance meeting with his neighbor, Ned Williams, and Ned’s cancer-stricken daughter, might help to remind him of the real meaning of the season—something beyond the gaudy lights and extravagant displays—something he wants to be a part of.
A story from the Dreamspinner Press 2016 Advent Calendar "Bah Humbug." 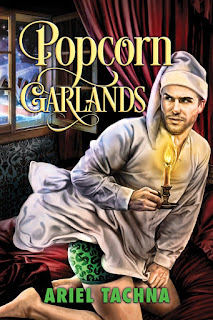 A sweet afternoon read that is perfect if you are feeling a little "grinchy" this year. Popcorn Garland reminds us it isn't always about what we can buy during this holiday season, but what we can GIVE!

Without giving too much away. Carlos will steal your heart (and Ned's) with his generous spirit and heart for giving. And the secondary characters will renew your faith in people. It doesn't take much to make Christmas special for those who are struggling! 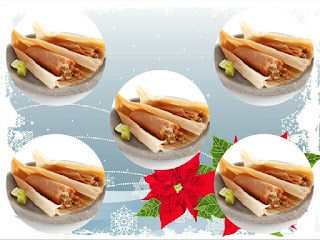 LOVE THIS REVIEW, AND THE RATING IS MAKING ME HUNGRY! :p BELOW IS THE LINK, GRAB THIS ONE TODAY!

HERE IS AN EXCERPT FOR YA!!

CARLOS MENDEZ backed his trailer into its spot in the apartment-complex parking lot and climbed out to unhitch it from his truck. He had a second spot for the truck, an expense he justified as necessary for his business. Most of the year the trailer was loaded with yard equipment—mowers, edgers, trimmers, rakes, and more—but for the weeks between Thanksgiving and Christmas, it was all ladders and Christmas decorations.

God, he hated Christmas. He made good money installing Christmas lights for people in Pearland and farther south who had no time or the wrong equipment to hang lights from second-story rooflines, but it all served to remind him of just how far from any real meaning they’d gotten.

Still, it paid the bills and let him give his team nice bonuses that they relied on to make Christmas special for their own families. The fact that Carlos came home to an empty apartment was no reason to deny them those treats.

Finished unhitching the trailer, he parked the truck in the next spot and made sure everything was locked up. He kept the extra decorations in a storage unit off-site and just picked up what he needed for each installation, but even the trailer and ladders had to be secured in Crestmont Park, or he ran the risk of them not being there in the morning.

One of these days he’d move to a nicer area where he wouldn’t have to worry as much, but right now this was all he could afford and still send money to his mother to help her out. He had his head above water, if not by much. He would make sure his younger sisters had a better chance than he’d had, if it killed him.

He trudged across the cracked concrete of the terrace around the pool area, toward his apartment. Someone had put weed killer down recently, an improvement over the usual mess of dandelions and thistle that grew there pretty much year-round. All around the courtyard, Christmas lights twinkled on apartment balconies. They were less gaudy than some of the installations he’d put in over the past two weeks, but that didn’t make them less of a reminder. He consoled himself with the few dark balconies, including his own and his neighbor’s. As he got closer, he saw his neighbor’s balcony might not be garishly lit, but it was still decorated. Were those popcorn garlands?

Madre de Dios, they were. This was a disaster in the making. They’d attract birds and bugs, even if they didn’t attract squirrels and rats and worse. He hated to rain on anyone’s parade, but if he didn’t ask them to take the garlands down, someone else would complain and then his neighbor would end up with a complaint in his records with the apartment complex. Carlos didn’t know how many of those a tenant had to get before they got evicted, but it shouldn’t happen over something as stupid as Christmas decorations.


He’d take a shower and knock on the door with a little neighborly advice.

I DON'T KNOW ABOUT YOU GUYS, BUT I'M GONNA READ THIS ONE RIGHT NOW! THANKS FOR JOINING US FOR DAY 29, AND THANKS AGAIN JESS FOR A GREAT REVIEW!! SEE YOU GUYS TOMORROW!

at December 11, 2016
Email ThisBlogThis!Share to TwitterShare to FacebookShare to Pinterest