HEY GUYS, IT'S DAY 30 OF OUR COUNTDOWN TO THE HOLIDAYS BOOK REVIEW EVENT AND I HAVE MY GIRL AMY HERE WITH HER REVIEW OF #CHRISTMASHATESYOUTOO BY E.F. MULDER FROM THE DREAMSPINNER 2016 ADVENT CALENDAR: BAH HUMBUG! LOOK BELOW FOR HER REVIEW, THE LINK AND EVEN AN EXCERPT! LET'S GET TO IT:

OK I THINK THIS IS THE PERFECT QUOTE FOR THIS BOOK! :P HERE IS AMY'S REVIEW:

Born December 25, Noel Beebe is tired of having his birthday overshadowed by all things Christmas. While looking for love on social media, he comes across a prospective new beau just in time to celebrate the Big 3-0, someone who encourages him to take back his day and say thumbs down to Christmas!
On a trip to the Big Apple, Noel does just that, flipping off the Rockefeller Center tree and demanding his coffee in a nondecorative paper cup as a fun birthday prank. His act of defiance is caught on video and soon goes viral, leading to a backlash all over the Twitterverse, Internet, and TV.
Suddenly what Noel thought would be his best birthday—and even Christmas—yet is shaping up to be his worst. Can his family and his potential boyfriend prove to the world that Noel isn’t the Scrooge he’s been labeled?
A story from the Dreamspinner Press 2016 Advent Calendar "Bah Humbug." 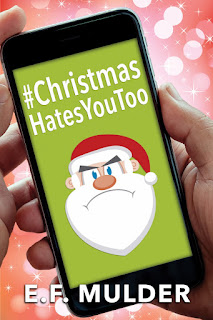 Noel Beebe comes from a large and tight knit family.  Born on Christmas Day really sucks, as he tweeted out and others tweeted back, Hung who was born on St Patrick's day and Ethan who was born on February 29th Leap Year!! They tweet back and forth how crazy their birthday celebrations are.

Noel had been talking with Bart online and was finally going to meet when the guy just didn't show and closed all his social media accounts. Promising himself he wasn't going to do that again, he meets up with Ethan who talks him into videoing going to different coffee shops saying Merry Birthday to Me and I Hate Christmas only Ethan posted it and now it has went viral.  The haters come out in force.  Then Hung comes around to write Noel's story, about how good and compassionate Noel is but Hung has a secret.

This story was a cute read.  Noel is such a great person but the haters just don't know him but soon the one person who he never expects comes back and shows all the haters just how wonderful Noel is.  Will Noel find love and happiness that he has always wanted, maybe Christmas birthdays aren't so bad. 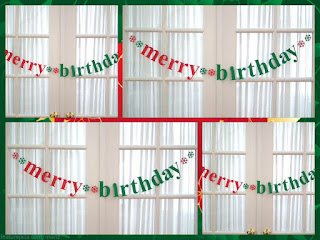 Want a quick read that's funny with lots of love thrown in, grab this one.   I give it 4 Merry Birthday cards!

HAHA, GREAT REVIEW AMY!! GET THIS BOOK BELOW FRIENDS!

WE STOOD a fair distance from the huge Norway spruce as Al Roker started the countdown and the mayor prepared to throw the switch. Ethan shivered, so I put my arm around him for warmth. For only November 29, it was awfully cold in New York City.
“Six, five, four….” Anticipation built for the moment that thirty thousand multicolored bulbs would burst into sparkling, spectacular illumination and usher in the spirit of the upcoming holiday. Despite the day we’d had, I was rather excited.
“Three, two, one—Merry birthday!” everyone shouted.
“Aww.” I felt all mushy inside. “Did you set that up?” I asked.
The whole crowd hadn’t said it, but a good dozen or so spectators standing close by had. “Christmas sucks!” That was Ethan’s only answer—a loud one—and it made the haughty woman standing beside us in Rockefeller Plaza gasp. “Come on.” He grabbed me by the arm. “Let’s get closer, so we can get a snap of you mooning the stupid tree.”
“Huh?”
Ethan started shoving through the wall of people, dragging me along, even though I had a good eight inches and at least eighty pounds on him.
“Maybe we shouldn’t,” I said.
“Come on, No-el…. Do you hate Christmas or not?”

I rolled my eyes. It irked me every time it happened. “Not Noelle, like a girl or Christmas,” I would say. “Think Noël Coward, the writer. My first name rhymes with Joel—or as my middle school peers pointed out relentlessly, also toilet bowl.” Unlike my mother, however, who accidentally mispronounced people’s monikers all the time—especially those of celebrities—Ethan was simply teasing me.

THANKS FOR JOINING US FOR DAY 30, AND THANKS AGAIN AMY FOR A FANTASTIC REVIEW! SEE YOU ALL NEXT TIME!!

at December 13, 2016
Email ThisBlogThis!Share to TwitterShare to FacebookShare to Pinterest