HEY GUYS, IT IS DAY 15 OF OUR COUNTDOWN TO THE HOLIDAYS BOOK REVIEW EVENT, AND TODAY AMY IS GONNA BRING US HER REVIEW OF SANTA BABY, MINNESOTA CHRISTMAS 4 BY HEIDI CULLINAN! LOOK BELOW FOR HER REVIEW AND MORE INCLUDING A GIVEAWAY! ENJOY! 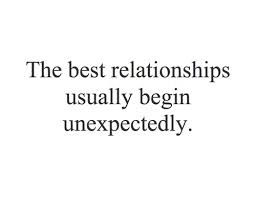 BOY DO I HAVE A FEELING THIS IS THE PERFECT QUOTE FOR THIS BOOK :p, HERE IS AMY'S REVIEW!

Trimming the tree is more fun with three.
Twin Cities developer Dale Davidson has come to Logan, Minnesota, to turn it into Christmas Town, not to give in to Arthur Anderson’s offer to join him and his fiancé, Gabriel Higgins, for a Christmas Eve threesome. Dale is polyamorous, but it’s clear Arthur is offering a night of fun and nothing more. Maybe one night with the couple he admires so much won’t hurt…
Together the three of them light a fire hot enough to boil Lake Superior in January, and one night of fun becomes an extended engagement as Dale puts down some tentative roots in his new hometown. Everyone loves Dale, Logan’s own Santa Claus, and somehow no one knows what wild times are happening right underneath their noses. No one knows, either, the complicated ways they’re falling in love with one another.
But a shadow from Dale’s past emerges, an abuser threatening him with violence and shame. Ronny doesn’t want a happy ever after for Dale, only to draw him back into a consuming darkness. It will take the love of not only Gabriel and Arthur but all of Logan to convince their Santa he has nothing to be ashamed of—and that he will always have a home in their hearts. 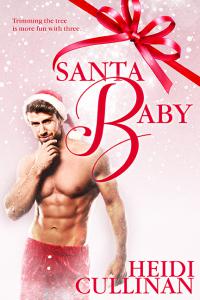 We go back to Logan, Minnesota again this Christmas season, I was so happy to review this book. I love this series and we get to visit with some of our favorite couples!!

This book is the story of Arthur and Gabriel along with Dale!!  This holiday book had lots to navigate for a happily ever after and Heidi wrote a magnificent love story.

Gabriel and Arthur are in love and trying to set a date for marriage.  Then there is Dale, planning to turn Logan into Christmas Town USA.  The sparks fly between Dale and Gabriel, which causes anguish to Gabriel in his heart.  How can he be so attracted and feel this pull towards Dale when he is so in love with Arthur?

Dale leaves behind an ex who doesn't seem to want to let go not for love but control.  The relationship leaves Dale feeling ashamed.

Arthur shows such love and devotion to Gabriel as they walk their way through Gabriel being poly and having a relationship with Dale. The friendship of love and protection that Arthur brings to Dale along with the unconditional love Gabriel's brings helps Dale fight his ex and the humiliation and pain he brings.

As I said I absolutely love this series and Heidi once again brings us an extraordinary story of love, trust and hope!!  Start from the beginning with book 1, Let It Snow and follow up with the next three for a wonderful holiday treat! 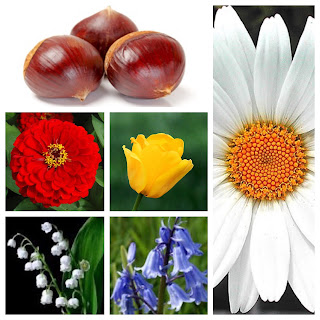 I gave this book 5 beautiful flowers (once you read the story you'll understand each flower!) and a bag of chestnuts representing Arthur, Gabriel and Dale!!

THANKS AMY, I LOVE THIS REVIEW AND THE COOL RATING! BELOW ARE THE BUY LINKS FOLLOWED BY AN EXCERPT GUYS, GRAB THE BOOK TODAY!

Amazon • All Romance Ebooks • Barnes & Noble • iTunes • Kobo • Smashwords • Heidi's Patreon
EXCERPT:
Dale put a hand on Gabriel’s other leg, appearing concerned. “Are you all right?”
Now the two of them were touching him, sending their heat, their intensity into him, both of them laser-focused on his comfort, his needs, his pleasure. Suddenly he had a clear idea of how this evening was going to go. Gabriel held up his hands and let out an unsteady breath. “I’m fine. Shall we eat?”
He was relieved to find they settled into a rather normal meal, giving him a respite to collect himself. His body was a little sleepy from the orgasm, and he declined his second glass of wine, opting for water instead. The food was familiar, simple, and delicious. In the year they’d been together, Arthur had perfected the set of spices for venison steak, knowing just what and how much to season with to bring out the flavor in a way that made the meat exactly right. It was the same meal as the disastrous first dinner between the three of them—had it been deliberate? Arthur’s way of giving them a complete do-over? Probably. Except all Gabriel needed from the spread was the steak. The potatoes and salad, as far as he was concerned, were there for show—though he did try Dale’s bread, since he’d gone through the trouble to make it himself and since it happened to be Gabriel’s favorite.
It was quite good, in fact, especially since Arthur had kept it warm in the oven. Gabriel slathered it with butter and ate several large pieces, to the point that he put himself in a conundrum of which did he finish, his meat or his bread.
Arthur nudged him with his elbow. “Don’t make yourself so full you’re sick. Plenty more coming later.”
Gabriel understood what he meant by more—activity, not dinner, but Dale said, “Oh, is there dessert?”
Arthur didn’t move his gaze from Gabriel’s. “Yeah, I was thinking some cream.”
Gabriel blushed scarlet.
Dale chuckled and eased into his seat. “Goddamn, Arthur, but I love how you don’t muck around.”
“Not something I’m known for, no.” Arthur poked at the last few potatoes on his plate and swept up the remaining juices with the crust of his bread. “And since we’ve brought it up now, let’s lay out some rules for this evening’s entertainment. First, as a reminder, I’m making all of them. Second, and most important, if anybody doesn’t like what’s going on or needs us to ease up, we use yellow and red.” He rested a hand on Gabriel’s shoulder and toyed with a lock of his hair. “Gabriel does enjoy, in the right circumstances, saying no when he means go. But obviously it’s a risky game, and if we end up going there tonight, you’ll be following my lead, Mr. Davidson.”
Dale nodded, his expression hooded. “Yes, sir.”
Arthur glanced across their plates. “It looks like we’re all pretty much finished. Let’s get this table cleared, shall we? And then we can have a little fun.”
Gabriel carried the bread to the counter, because it was the only thing he dared carry for fear he’d drop it in his shaking hands. He wasn’t fearful, really, simply so stimulated and primed, aware both Arthur and Dale were focused on him. It made him excited, but it was overwhelming too. Part of him wanted to throw up his hands and tell them to leave the leftovers, for God’s sake, but for the first time ever he hadn’t finished his steak, and he watched it go into the fridge, thinking of when he would like to eat it next.
Then everything was put away, and they were heading into the living room.
Here we go.
WOW RIGHT? BELOW IS THE SPOTIFY PLAYLIST FOR THE BOOK!
SANTA BABY SPOTIFY PLAYLIST
NOW FOR THE RAFFLECOPTER GIVEAWAY, THIS LOOKS AMAZING MAKE SURE YOU ENTER GUYS!

THANKS GUYS FOR JOINING US FOR DAY 15, AND THANKS AMY FOR AN AWESOME REVIEW AS ALWAYS, I CAN'T WAIT TO READ THIS BOOK, I LOVE ALL OF HEIDI'S BOOKS! SEE YOU TOMORROW FOR DAY 16!

at November 17, 2016
Email ThisBlogThis!Share to TwitterShare to FacebookShare to Pinterest