COUNTDOWN TO THE HOLIDAYS DAY 14: MENORAHS AND MISTLETOE!!

HEY GUYS, IT'S DAY 14 AND I HAVE MY GIRL JESS KURVERS HERE TO REVIEW MENORAHS AND MISTLETOE BY JESS ROTH! LOOK BELOW FOR HER REVIEW, LINK AND EVEN AN EXCERPT! ENJOY!! 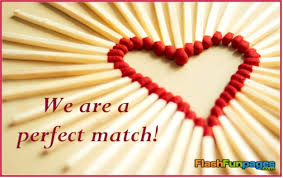 WHAT A CUTE QUOTE FOR THIS ONE! HERE IS JESS'S REVIEW!


Menorahs and Mistletoe
by: Jess Roth
reviewed by: Jessica Kurvers


If nothing else, Hanukkah this year will be interesting. Single dad Martin’s six-year-old daughter, Sara, is determined to get him a new “friend.” Martin isn't even sure he wants to step back into the pool, much less go out with the mall elf they met while shopping for gifts. But he’s starting to get to know the cute receptionist at work, Tim, and thinking maybe the whole dating thing isn’t such a terrible idea. Too bad things are never that simple.
A story from the Dreamspinner Press 2015 Advent Calendar package "Sleigh Ride". 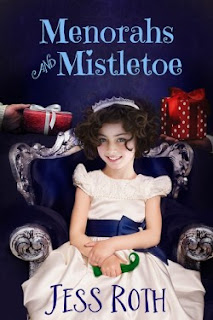 Oh man this book!!! What a fun afternoon holiday read!
You will fall in love with Martin, Sarah and Mr Elf right away! Sweet, funny and a tiny bit of hot!!!  Plus Cindy is a fabulous secondary character !
It's a short book so I don't want to say too much. But if you want a holiday read that focuses on Hanukkah THIS IS IT!
So grab a pumpkin spiced latte and dive in! 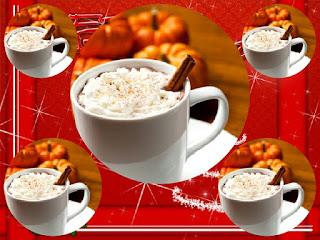 I give it 5 Pumpkin Spiced Lattes

NOW HERE IS AN EXCERPT FOR YA!!

IN THE split second before his six-year-old freed herself from his grip, Martin thought that all this could have been avoided if he’d just done his shopping online.
“I want a picture with Santa!” Sara said, pointing at the glitter-laden advertisement by the faux winter wonderland the mall had set up.
“Santa” sat in a giant sled, complete with fiberglass reindeer and smiling mall employees dressed up as elves. A handful of parents stood on the sidelines looking bored while their children waited in line to see Santa.
“Sara, we have to go get Aunt Lauren’s present—”
“It’s only the fourth,” the nearest elf said, peering up at Martin from where he was crouched down next to Sara. “Plenty of time for presents.”
“Not if you need them by next week,” Martin said, trying not to scowl at the guy. It wasn’t like he went out in his yarmulke or something. There was no way for people to know he wasn’t an upstanding Christian. “Sara, come on, honey. Santa is for Christmas. You know that.” And he certainly didn’t want to spend thirty dollars so his kid could get a picture taken that, if he actually showed it to anyone, would offend half his family and confuse the other half.
His sister would get a kick out of it, though.
“Hanukkah?”
“Sorry, what?” Martin asked.
The elf stumbled to his feet and stared at him. “Are you… sorry, I was guessing. Hanukkah starts next week, right?”
Martin blinked. “Yeah.”
The elf turned back to Sara, and Martin wished he could see the guy without the stupid hat and fake ears. Under the ridiculous outfit, he looked lean, and he had a shy smile. He was cute, if way too young—easily ten years younger than him. The clean-shaven look all the mall elves seemed to wear did nothing to disguise his baby face.
Actually, now that he thought about it, there was something weirdly familiar about him. Martin couldn’t place it. Maybe he’d seen him around the elementary school? He didn’t look old enough to be a dad, but maybe an older brother….
God, he hoped he was legal. There was creepy staring and then there was borderline-illegal staring.

SOUNDS GREAT RIGHT? THANKS AGAIN FOR A GREAT REVIEW JESS! GRAB THIS ONE GUYS, AND WE WILL SEE YOU TOMORROW FOR DAY 15!

at November 15, 2016
Email ThisBlogThis!Share to TwitterShare to FacebookShare to Pinterest