COUNTDOWN TO THE HOLIDAYS DAY 10: GREEN THE WHOLE YEAR ROUND REVIEW!!

HEY FRIENDS, IT IS DAY 10 OF OUR COUNTDOWN TO THE HOLIDAYS BOOK REVIEW EVENT AND TODAY IT IS GRACE'S TURN AGAIN! BELOW IS HER REVIEW OF GREEN THE WHOLE YEAR ROUND BY ROWAN McALLISTER, ALONG WITH LINKS AND EVEN AN EXCERPT! ENJOY GUYS!

Green the Whole Year ‘Round
By: Rowan McAllister
Release Date: December 10, 2014
Length: 77 pages
Reviewed by: Grace
Price: $3.99
Blurb
Couples counselor Ted Freeman is still reeling six months after his partner left him. He desperately hopes a week of peace and quiet at a quaint mountain cabin will be just what he needs to regain his personal and professional confidence.

Neil Kelly is a computer programmer who just got promoted to full time and is celebrating over Christmas by going on his first real grown-up vacation at the Cabins in the Pines Inn. When he runs into Ted, his longtime crush, Neil can't believe his luck, and he vows to do whatever it takes to make Ted see him as something other than the dork next door.

Neil wasn’t part of Ted's plan for the holidays, but he might turn out to be exactly what Ted needs. 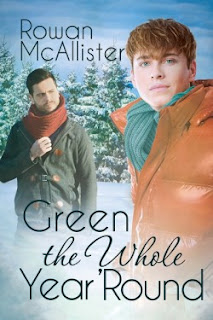 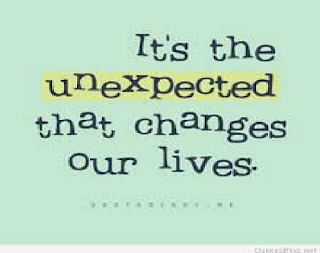 This quote so embodies Ted and his heart’s journey.

This is a really cute story of discovery for Ted and Neil. I enjoyed the unexpected bloom of attraction that Ted feels when he sees Neil during his Christmas retreat. Since he was on his own at a B&B for a trip originally planned for him and his ex, the jolt surprised Ted. Neil has had a crush on Ted for a while but felt he was too far out of his league, especially with the snipes Ted’s ex kept throwing out at him.
While Ted originally thinks he needs alone time, he slowly realizes that time with Neil is good for him too. Neil brings out spontaneity in Ted that is completely out of character; and he decides he likes it. But, can Ted cope with the changes in himself and his self revelations or will he decide to pull back into himself?
I enjoyed this story and totally loved watching Neil pull Ted out of his comfort zone. And while I wanted to thump Ted a few times on the forehead for his two steps back, he did what he needed to make sure both he and Neil would be happy in the long run. What a wonderful Christmas beginning! 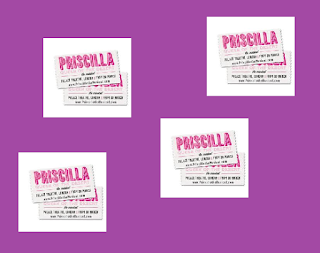 Definitely a 4 Priscilla, Queen of the Desert tix Rating! Go Neil for taking the initiative!

THANKS GRACE, FOR THIS AMAZING REVIEW ( LOVE THE QUOTE AND THE RATING PIC TOO! ) BELOW ARE THE LINKS FOR THIS ONE, FOLLOWED BY AN EXCERPT! GRAB THIS BOOK TODAY GUYS!

Excerpt:
Chapter One
TED STOOD alone and silent in the middle of a clearing as heavy snow blanketed everything around him. A curtain of it separated him from the rest of the world. The only sounds were the quiet hissing of snowflakes and the occasional creak and crackle of overloaded tree branches. The scene was exactly what he’d come up here looking for—a quiet place where he could think, where he could figure out what went wrong.
Just breathe.
Breathe in. Breathe out.
In. Out.
His mantra wasn’t helping. He was a couples counselor, for chrissakes. His job, all of his training and education, revolved around facilitating communication, around helping people work to stay together, but his own relationship had disintegrated right under his nose. One day Franklin had simply sat him down in their kitchen and told him it was over, and nothing Ted could say or do would change his mind.
Ted grimaced and tried to squeeze the bridge of his nose, but the expensive, high-tech ski gloves, sunglasses, and hat got in the way.
Just breathe.
The pulsing pain behind Ted’s eyes and the tightness in his shoulders and neck—his near-constant companions for the last six months—were making themselves known. He wasn’t quite relaxed enough to dredge all that up yet. He’d only arrived at the inn a short while ago. He needed to let the place and the distance from his real life work their magic first.
With effort, Ted shifted his attention back to his surroundings and stared out through his brand-new, polarized, anti-eyestrain sport sunglasses at the fat, wet snowflakes falling through the air, sticking to every needle on every branch of the giant fir trees surrounding him. He concentrated on the absence of traffic noise and screaming, stomping children from the apartment above. He reminded himself he had no work, no volunteer projects, nothing to do but stand in the snow and enjoy—the perfect formula for finding a little peace of mind and some closure. He just had to open himself up to it.
When he and Franklin had reserved the holiday vacation package at the Cabins in the Pines Inn nine months ago, it had looked ideal for a romantic Christmas vacation. They’d been sold the second their travel agent handed them the brochure. The gorgeous Victorian main house and cute little private, rustic cabins, nestled among the massive firs and surrounded by extensive private grounds, had made it seem like the perfect spot for one of their annual getaways. And now here he was, alone, trying to put the tattered remnants of his confidence back together.
Ted rolled his shoulders, dislodging the pile of snow from his jacket.
Franklin would have loved this place.
Or maybe he wouldn’t. He might’ve hated it. Ted didn’t actually know anymore.
He frowned and wrapped his arms tightly around himself. He wasn’t really cold. He’d researched the highest-rated ski jackets before he’d ordered the sleek black one he was wearing. A little snow wasn’t going to bother him. Mostly, he needed the physical contact. After five years of having a partner to share perfect moments like this with, he was finding it hard to go it alone. This wasn’t the way things were supposed to be.
He’d listened. He’d communicated. He’d compromised. He’d made sure Franklin felt valued and appreciated. He thought he’d always taken Franklin’s needs into consideration as much as his own, and still Franklin had been unhappy.


Ted groaned in frustration and forced himself to look at the gorgeous scene around him again. He’d been over this ground. He needed to move on to the part where he put his life and his confidence in his profession back on track. The key was figuring out what he’d missed.

THANKS FOR JOINING ME FOR DAY 10, AND THANKS GRACE, FOR ANOTHER AMAZING REVIEW! SEE YOU GUYS TOMORROW FOR DAY 11!

at November 11, 2016
Email ThisBlogThis!Share to TwitterShare to FacebookShare to Pinterest