HEY THERE FRIENDS, I AM HERE WITH MY BUDDY GRACE'S RELEASE DAY REVIEW OF BLUEPRINT, OUT OF THE BLUE 4 BY RJ JONES! I LOVE THIS BOOK AND YOU WILL TOO! BELOW IS GRACE'S REVIEW, LINKS TO THE BOOK, AND MORE INCLUDING AN EXCERPT AND GIVEAWAY! LET'S GET TO IT!

Blueprint: Out Of The Blue 4
By: RJ Jones
Release Date: October 14, 2016
Length:  144 pages
Reviewed by: Grace
Price:  $3.99
Blurb
If only building the foundation for a lasting relationship was as easy as drafting the blueprint.Jet Black doesn’t date. Even if he wants a man beyond sex, his ever-watchful identical twin scares potential suitors away. Jet lives with his brother, but since Gray fell in love with Kris, Jet feels like a third wheel. Despite their bond, Jet knows he needs to move out and experience life for himself, whether Gray likes it or not.After his father dies in a boating accident, Ethan Nichols is devastated. As the last survivor of his family, he feels the need to put down roots. He leaves Australia and returns home to San Francisco and his old architectural firm. But there’s more to building a new life than simply moving house.Jet and Ethan’s first encounter is brash and anonymous, but when Ethan moves across the hall, their lives become irrevocably linked. Jet is quirky and fun loving, while Ethan is rock steady and dependable. There’s no denying the passionate spark between them.But Ethan is looking for a more solid foundation than Jet is ready to offer. Until Jet learns to spread his wings and trust Ethan with his darkest secrets, building a life together will be impossible.**This can be read as a standalone, however it is best enjoyed reading the series in order as side characters play a major role.** 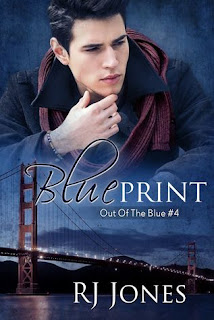 This quote epitomizes both Jet’s and Ethan’s fears in, and growth of, their relationship.

I have enjoyed the Out of the Blue series and this book was impatiently waited on.  I wanted to see Jet get the love of his life, someone who wouldn’t let him down.  I’m so glad it was Ethan!
After Ethan loses his dad he is left struggling, floating as a boat without a tie to shore.  He finds a place to live away from his Dad’s house to help move his life forward.  Imagine his surprise when the hot hook up from the bar turns out to be his across the hall neighbor.  (And seriously y’all, the scene where Ethan meets Gray and Kris, then Jet is so good!  So good!)
Jet doesn’t know how to date anyone or have a relationship since he’s never done anything but hook ups due to his past.  Watching him figure out how to work with Ethan to make this relationship work is funny and sweet.  And HOT.  Definitely HOT.  They definitely have their blow ups which include no holds barred MMA fighting, busted pipes and sneaky moves.
This book is amazing and was so worth the wait!  Watching Ethan and Jet work through their issues and growing their love while helping Gray learn to step back and allow someone else become the primary protector and supporter of Jet was heart wrenching and emotionally satisfying all at once.  I truly enjoyed all of the ups and downs, twists and turns of Ethan and Jet’s move to their own HEA.
Rating:

It definitely gets the 5 Krav Maga Level 3 Expert Rating, which I chose because it signifies the moment Gray realized Ethan not only would, but could, protect Jet from any outside attackers.
I TOTALLY AGREE WITH GRACE, THIS BOOK IS FANTASTIC!! HERE ARE THE LINKS SO YOU CAN SEE FOR YOURSELF!!

NOW HERE IS AN EXCERPT FOR YOU GUYS!!!!! ENJOY:
“Sign here, please.” A piece of paper was thrust at me, which indicated my sofa and dining table had been delivered.
“Ethan?”
I looked up as I was about to sign for the delivery; Kris was coming up the stairs. My heart lodged in my throat, but not because it was my old friend, but because of who was walking beside him.
I scribbled something on the paper, my hand a little shaky, and thanked the man before he strode away.
Kris grabbed me in a quick hug, slapping my shoulder as he pulled back. “Hey, man. You bought this place? That’s so cool.”
I tried to focus on Kris’s words, but my brain buzzed in my ears. My bartender from a few weeks ago stared at me. His black hair was disheveled, not neatly combed as I remembered, and those same dark eyes were no longer fun and teasing. They were assessing and finding me inadequate. Unfamiliar stubble peppered his face. Surely this couldn’t be the same guy? Sure, he looked a little different, not quite as put together, but it was definitely him. Yet there was no recognition in his expression at all. Was I that forgettable?
“Ethan, I’d like you to meet Gray, my boyfriend.”
My world tilted completely off its fucking axis.
What? What the ever-loving fuck? I slept with Kris’s boyfriend?
No wonder his voice sounded familiar when I spoke to Kris on the phone.
Gray held his hand out at the same time bile bubbled in my stomach. “Nice to finally meet you. Kris has told me a lot about you. I’m sorry about your father. He was a nice guy.” His words were genuine, I could hear it in his tone, but he was still assessing me with those familiar eyes.
I swallowed hard. “Thank you,” I managed to squeeze through my thickened throat. I quickly shook his hand, making sure the contact was as brief as possible. I turned to Kris. “Uh, what are you doing here? Are you visiting someone?”
Kris tapped the door to condo 3C behind him. “We live right here,” he stated. He seemed over the moon that we were now neighbors. Very close neighbors. Directly across the hall neighbors.
I. Am. So. Screwed.
Kris talked animatedly, but I had trouble concentrating on his words as blood pounded in my ears. My perfect place no longer seemed so perfect. I avoided looking at Gray, but out of the corner of my eye, I could see him frowning. Maybe he did recognize me after all and was scared I would tell Kris. Would I tell Kris? Shit. What a fucking predicament to be in. It wasn’t like I could avoid them, either. We were neighbors, for fuck’s sake, and Kris was an old friend who seemed genuinely pleased I now lived in his building.
Kris’s next words blew everything to hell. “We’ll let you get back to it. I know how much there is to do when you first move into a new place. We’ll stop by and get you for dinner around seven. You’ll need a break by then. It’ll be great!” Kris laughed, obviously unaware of my inner turmoil. “If you need anything in the meantime, you know where we are.”
Kris slapped my shoulder before turning to key open his condo. Gray stared at me for a second longer but eventually followed Kris. I slumped against the hall wall as their door closed behind them.
In my fogged-up brain, as I thought of what to do about Gray and whether or not I should confess to Kris, I must’ve agreed to have dinner with them.
Tonight.
Fuck.
Once all my boxes and furniture were inside my no-longer-so-appealing condo and all the men had left, I flopped down on my new sofa and buried my head in my hands. I ran over my options. I could fake an illness. I could suddenly come down with something so I couldn’t go to dinner with them. But how long could I drag that out for? I needed years. I could sell and move back to Richmond. The taxes would be a killer, but it could work. Not an immediate solution or even an attractive one.
I wasn’t desperate enough to jump off my balcony, and being only three floors up, I’d probably just end up in the hospital.
I decided to be productive while I came up with some obscure, highly contagious disease as I unpacked some boxes.
Who knows, maybe they had an open relationship and Kris was okay with Gray fucking random men in the back of a club. Something told me I wasn’t so lucky.

HAHAHA! YOU GOTTA READ IT NOW RIGHT? OF COURSE YOU DO!! BELOW IS A BIO ON RJ AND HER SOCIAL LINKS: CHECK EM OUT!!

LOOK HER UP GUYS, SHE IS AWESOME! BELOW IS THE RAFFLECOPTER GIVEAWAY FOR A 25.00 AMAZON GIFT CARD AND A EBOOK COPY OF BLUEPRINT! ENTER NOW!!


THANKS FOR JOINING GRACE AND I FOR THIS REVIEW AND PROMO POST OF BLUEPRINT! NOW GO READ THE BOOK, IT'S AMAZING! THANKS AGAIN GRACE, FOR A TERRIFIC REVIEW! SEE YOU GUYS NEXT TIME! 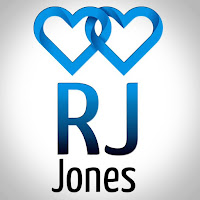 at October 14, 2016
Email ThisBlogThis!Share to TwitterShare to FacebookShare to Pinterest