HELLO FRIENDS, I AM HERE WITH MY REVIEW OF DEADLY DEVOTION, BOOK 4 IN THE AMAZING SOULSCAPE SERIES BY ONE OF MY FAVES, A.M. SNEAD! LET'S TAKE A LOOK AT MY REVIEW AND THE LINKS FOR THIS ONE: 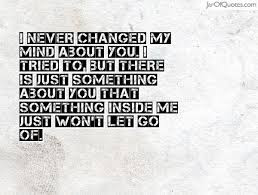 OMG! THIS IS THE PERFECT QUOTE FOR THIS BOOK, TRUST ME! HERE IS MY REVIEW:

Afraid for both Alec and those who encounter him, Frank purchases an old farmhouse and takes Alec away from the city. Just as they are settling in and Frank is beginning to experience a sense of peace—a new potential threat arises in the form of a hostile neighbor, whose brother just happens to be the town Sheriff. When Alec makes bold and damaging accusations against their neighbor, insisting he is abusing his wife and young son, Frank feels his hope for a peaceful existence begin to slip away. As darker secrets surface about the man next door, Frank’s concern and fear escalates as Alec makes no attempt to hide his “dislike” for their unsavory neighbor. 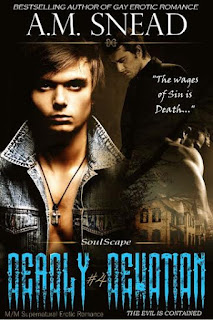 I want to shout from the mountain tops how great this book is, and I want to tell you all about it, that's how amazing it is, but of course I can't do that, what fun would it be if I gave away all the secrets of this book? Believe me there are plenty to give away too!

Frank moves Alec to a small town to get away from everyone and hopefully keep Alec's anger and 'dark side' contained, will it work, or is he just opening up a new set of problems for them?

Alec doesn't like the new neighbor and this makes Frank nervous, especially when he finds out who the neighbor is related to! This could mean trouble for him and Alec, which is what Frank moved to avoid, but will he be surprised? Some in the new town may be more welcoming than he thinks!

Will Alec be able to thrive here? Or will Frank have to uproot them yet again to keep Alec safe? Will he even have a chance to do that this time? You guys have to read this book, trust me! Thanks A.M., for a terrific addition to this series, I can't wait to see what book 5 has in store for us! 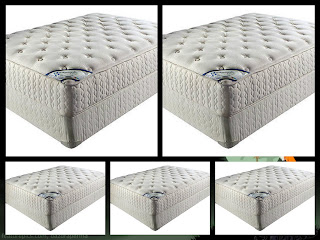 BELIEVE ME, I HAD A VERY GOOD REASON FOR DOING THIS RATING (AND IT ISN'T THE ONE YOU MAY THINK IT IS :p) LOOK BELOW FOR THE BUY LINKS AND GRAB THIS BOOK TODAY!

NOW FOR A SMALL EXCERPT: I CAN'T WAIT FOR YOU TO READ THIS!

The Bronco ambled up the dirt drive and rolled to a stop behind the Chevy Suburban. Dennis looked up at the house. The front door was open. He climbed out of his rig and started for the porch steps when he heard Zeke holler at him from down by the lake. Dennis halted and glanced that way, spotting the two men in the water. He changed course and walked toward the small dock, his steps faltering when he took note of the trail of discarded clothing.

Dennis’ eyes slowly ventured down the wooden walk to Frank and Zeke—both naked beneath the water. He paused a few feet back from the edge.

“We were just talking about you, Sheriff,” Zeke said. He swam to the dock and gripped the edge, lifting himself partially out of the water. “Want to come swimming with us? You look…hot.”

Dennis tried not to stare at the boy’s body—his lean muscles wet and glistening in the sunlight—his southern region just barely submerged. “Thanks,” he managed with a slight tremor and a smile. “But I’m on duty.” Low throbs began to pulse through his crotch as Zeke shifted on his arms, his slim hips rising just a fraction out of the water, offering Dennis a quick glimpse of his lovely backside before it descended below the surface again.

Frank moved to the dock. “Are you out here on official business?”

“No,” Dennis said. His eyes repeatedly darted to Frank’s face and slid down his neck, across his wet shoulders…aching for a more complete view. “I just needed to speak with you about this evening.”

Frank nodded. “We can talk up at the house.”
Zeke hauled himself onto the dock, and Dennis turned his back—not without catching a quick glimpse of his beautiful nude body first. His heart pumped with full, forceful beats as he battled the desire to twist back around and get a nice, detailed look at the boy.

“It’s okay, Sheriff,” Zeke said with a sensual tone that really didn’t lend aid to the situation. “You can look. We don’t mind.

Dennis heard Frank climb up on the dock. The fact that both men were standing naked right behind him was about more than he could take. His crotch ached so bad his eyes began to water. When he spoke, his voice rasped. “That wouldn’t be very decent of me, now would it?”

Footsteps moved up the walk toward him. Dennis trembled. “Decency…” Zeke murmured so close behind him. He could feel the coolness of the boy’s skin, the warmth of his breath on the back of his neck. “…is overrated.”

When the young man finally dressed and walked on up to the house, Dennis turned around once Frank was clothed. Mostly clothed. His feet remained bare, and his shirt hung open, revealing a firm stomach and strong chest. Dennis didn’t realize he was staring until he was caught in Frank’s gaze. He averted his eyes and looked toward the house where Zeke was climbing the porch steps.

Dennis licked his lips slowly and smiled. “He’s a tenacious one, isn’t he?”
Laughing softly, Frank patted Dennis on the shoulder as he walked past him. “You have no idea, my friend.”


IF YOU HAVEN'T READ THE FIRST THREE BOOKS IN THE SOULSCAPE SERIES, YOU ARE IN LUCK, BELOW IS THE LINK FOR THE THREE BOOK BUNDLE SO YOU CAN CATCH UP ON THE SERIES FOR ONLY .99!

THANKS FOR JOINING ME FOR MY REVIEW OF DEADLY DEVOTION, GRAB THIS BOOK AND THE FIRST 3 IF YOU DON'T HAVE THEM, IT WILL BE WELL WORTH IT I PROMISE! SEE YOU NEXT TIME GUYS!! 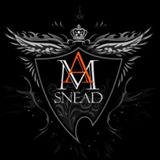 at July 10, 2016
Email ThisBlogThis!Share to TwitterShare to FacebookShare to Pinterest