HEY FRIENDS, THANKS FOR JOINING ME FOR THIS RELEASE DAY BLITZ POST AND REVIEW FOR TEST DRIVE, A CROSSROADS NOVEL, BY: RILEY HART! LOOK BELOW FOR MY REVIEW, BOOK INFO, TEASERS, AN EXCERPT, GIVEAWAY AND SO MUCH MORE, LET'S HAVE A LOOK!

BLURB
A double shot of devastating news turns Justin Evanson’s life upside down. When he learns his father has cancer, and he has siblings he never knew existed, he leaves everything behind and moves to Virginia to support his dad as he tries to make amends with his family—a family Justin’s not sure he has a place in. Things go from bad to worse when he discovers his recent hookup is his newfound sister’s brother-in-law.
Drew Sinclair never expected to see Justin after their night at the club or to discover their family connection. If anyone found out, it would give Drew’s brother another reason to hate him. But there’s something about Justin that draws him in, and it’s not only because they burn up the sheets together.
One meeting leads to another, and before Justin realizes it, Drew has become the only thing in his world he feels is his. And for the first time in his life, Drew knows what it means to be needed. Being there for Justin and supporting him when things spiral out of control feels right. But with so much happening so quickly, it’s hard to trust their feelings. Is this thing between them real? Or just a test drive before life forces them down two separate roads?

HERE IS MY REVIEW OF TEST DRIVE GUYS, YOU WILL LOVE IT! 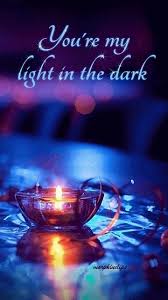 THIS QUOTE SUMS UP PERFECTLY WHAT DREW IS TO JUSTIN! HERE IS MY REVIEW:

I love Riley Hart, and this series is brilliant! I was taken with Justin and Drew and devoured their story!

Justin feels betrayed when he finds out his dad had a whole other family that Justin knew nothing about. Justin's dad is very ill with cancer so they uproot their lives and go to find a family that Justin didn't know he had, but what kind of reception will they get?

Justin wasn't planning on finding someone, but Drew pushes all his buttons and then some, but when they find out after a steamy night together that they have  a family connection by marriage, it is evident that Drew is hiding who he really is from his family.

Can Drew learn to be himself and proud of it, or will his need to not anger his brother cause him to push away the best thing that has ever happened to him?

This is a story of love, forgiveness and living for yourself and what you want and no one could have written it better! Thanks Riley, for another great book in this series! 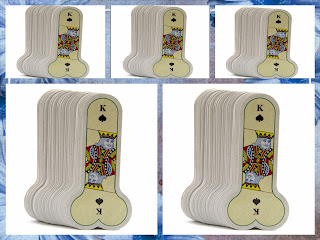 HAHA, YES I HAD A REASON TO DO THIS RATING! BELOW ARE THE LINKS, AN EXCERPT, AND MUCH MORE, CHECK IT OUT!!

EXCERPT
Justin made his way toward his… brother and Landon gave him a quick nod.

“Is this as weird for you as it is for me?” Landon asked.

Justin exhaled. “Yes. Christ. I didn’t expect it to be.” Which didn’t make sense. Of course it would be strange. They were a mismatched family, celebrating his father’s birthday when the man looked like he would pass out at any second.

“What? How could you not expect this to be uncomfortable? Hell, I’m just Landon’s boyfriend and it’s even awkward for me,” Rod said, and Justin glanced up to see Landon lovingly roll his eyes, before he wrapped an arm around Rod’s shoulders and pulled him close. Rod was smaller than Landon. He wore black eyeliner that made his eyes stand out.

“Please, don’t hold back for us,” Landon replied.

“I wouldn’t think of it,” was Rod’s response, but Justin thought he knew what Rod was doing. He wanted to make Landon laugh, wanted to take the edge off, and he found himself grateful that Landon hadn’t let the fact that Rod found out about Justin and his dad before Landon did come between them. They were a strong couple. You could see the love between them.

The three of them chatted for a few minutes before Rod excused himself for the restroom.

“I should probably go talk to him.” Landon crossed his arms and leaned against the wall. There was no doubt in Justin’s mind whom he was speaking about.

Landon turned his way. “What do I say? Jesus, it’s really shitty that I don’t know how to talk to my own dad.”

Anger burned through Justin’s insides. He was angry at their dad for putting them all in this situation. How hard would it have been to tell Justin and his mom about Shanen and Landon? To be a father to them, too? He bit back the anger and said, “Hi. Happy Birthday. Anything will do.”

Landon didn’t move, though. He eyed their father on the other side of the room. Justin followed his stare, which is how he saw the man walk in. But not just any man. Drew. The guy he met in a club the night Shanen got married. His brows pulled together. What in the hell was he doing here? Because this wasn’t awkward enough without the guy he wanted to fuck obviously knowing Shanen. “Ah, hell. I think I jerked off in a club with the guy who just walked in.”

“What?” Landon’s voice actually cracked on the word. He looked from Justin, to Drew, and back to Justin again. His gut sank, and he was pretty sure he should have kept his mouth shut because this was about to get a whole lot worse. “That’s Shanen’s brother-in-law. He’s Jacob’s brother, and I’m pretty sure Shanen would have told me if he wasn’t straight. I know he’s not close with Jacob, but she would have thought it was coincidence enough if she married a man with a gay or bisexual brother.”

Oh fuck. Damn it all to hell.

Justin tried to hide his shock. He looked at Drew again, studied him—the scruff on his face, that jaw and those fucking lips—of course it was really who he thought it was. Still, he said the first lie that popped into his head. “Shit. That’s not him. Hair’s not right and I’d remember that mouth anywhere.” Which was true. It was the first thing he’d noticed.

Wasn’t this just perfect? He’d come here to get to know his family, and out of all the men in Virginia, he’d somehow ended up jacking off with his sister’s husband’s brother, who was obviously in the closet.

The brother of the year award definitely wasn’t going to him.

Landon eyed him, skepticism in his eyes. Before he could say anything, Rod stepped back up and wrapped his arms around Landon.

ABOUT THE AUTHOR
Riley Hart is the girl who wears her heart on her sleeve. She’s a hopeless romantic, a lover of sexy stories, passionate men, and writing about all the trouble they can get into together.
She loves reading, flawed characters, and hanging out with her husband and children, who she adores. She and her family live in Southern California, soaking up the sunshine, while also missing seasons. Not a day goes by that she isn’t thankful she gets to wake up and do what she loves.
Life is good. Riley also writes young adult and new adult under the name Nyrae Dawn.
Facebook:
https://www.facebook.com/rileyhartwrites/?fref=ts
Website: http://www.rileyhartwrites.com/p/home.html?zx=48696725e5833865
Blog:
http://www.rileyhartwrites.com/index.html
Twitter: @RileyHart5

THANKS SO MUCH FOR JOINING ME FOR THIS RELEASE DAY BLITZ POST! BE SURE TO ENTER THE GIVEAWAY AND SEE YOU NEXT TIME FRIENDS! 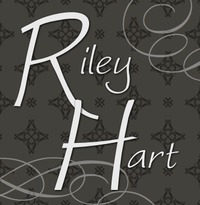 at May 30, 2016
Email ThisBlogThis!Share to TwitterShare to FacebookShare to Pinterest