HEY GUYS, HERE IS DAY 14 OF OUR HOLIDAY BOOK REVIEW BLITZ AND YOU ARE STUCK WITH ME UNTIL TOMORROW, THEN MY GIRLS WILL BE HERE WITH ONE OF THEIR REVIEWS! I HAVE A GREAT BOOK FOR YOU THOUGH!! NICE AND SNOW: WITH A KICK SERIES 6; BY CLARE LONDON IS AWESOME, BELOW IS MY REVIEW, LINKS, AND EVEN A EXCERPT, SO LET'S GET STARTED! 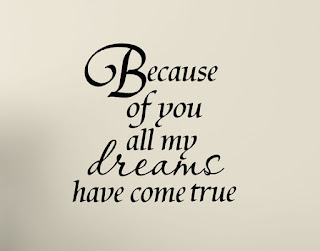 I LOVE THIS QUOTE FOR THIS BOOK, YOU WILL SEE WHY! HERE IS MY REVIEW:


Nice and Snow (With A Kick Series 6) by: Clare London
reviewed by: Becky


An amusing, romantic and magical Christmas short story featuring Nuri and Eddy from A Twist and Two Balls
Nuri’s expecting a quiet Christmas, driving his cab, doing some studying, enjoying good food and drink – and devoting some serious loving to boyfriend Eduardo. Occasionally he misses his homeland of Turkey, but he’s content to share the London celebrations with Eddy.
But what with Eddy’s distress over his new role at the local comedy club, interference in their love life from Nuri’s irrepressible brothers, a disturbing number of costumed Santas on the street, the dangerous slush on the roads, and then the portly, bearded man dressed in red, in need of an urgent cab ride…
It doesn’t look like things will be that quiet after all! I love the With A Kick series, and I was thrilled to be able to catch up with Eddy and Nuri from A Twist and Two Balls, and what a wonderful holiday story this is too!

Nuri is very happy with Eddy and the life they have built together, but he has to admit, sometimes he misses his hometown in Turkey, though London and with Eddy is where he is content to be.

Eddy has a new job at a comedy club that he really enjoys, and Nuri is driving his cab and expects a nice quiet Christmas with his boyfriend, ha ok!

There is so much that happens in this book, and I don't want to spoil it, but I will say this, sometimes those closest to you see your dreams that are unspoken and they love you enough to make those dreams come true in the most magical of ways!

You will love catching up with old friends from the With A Kick series, and enjoying the magic of the season with them for sure, so grab this book, it's a keeper!

Thanks Clare, for giving us a great book to catch up with old friends! 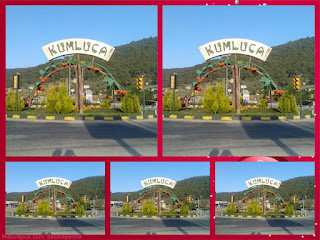 I DID THIS RATING IN HONOR OF A VERY SPECIAL, VERY MAGICAL HOLIDAY GIFT!
HERE ARE THE BUY LINKS GUYS: GRAB YOUR COPY NOW!

NOW HERE IS AN EXCERPT FOR YA:


Nuri reached out and brushed a flake off Eddy’s forehead. It looked like snow had already started to fall. Behind them, the light from the street lamps was blurred around the edges in the surrounding mist.
“When I was much younger,” Eddy said, “like in the story I recalled, both mother and father were at home for most of the year. They had local theatre gigs, and mother was singing at the Palladium.” Eddy smiled, apparently without a trace of sadness for other Christmases since. “I remember that Christmas very fondly, actually.”
“And you received your theatre?”
“The play one? Yes. It was marvellous! The backdrops were only cardboard, of course. But the puppets had many happy months in my own productions.” He flushed as if embarrassed he’d found such pleasure in a simple toy, but Nuri had only ever had simple toys, and he knew only too well what uncomplicated, genuine joy could be found in them, especially if you had good company.
“You were your own Steven Spielberg. Maybe one day you will make a movie!”
Eddy laughed out loud, scaring a dozy sparrow from the bare tree in next door’s front garden. “I doubt it, but you never know.” He peered at Nuri, a look of puzzled wonder on his face. “What is it about you, love? You make me feel I could do all these things.”
Nuri bent and kissed him, at the same time as turning the key in the lock. They stumbled, slightly breathless, into the warmer hallway. “So you will do the With A Kick party?” Nuri kissed him again, just for the hell of it, as Eddy fumbled again with his individual front door. “They need you, Eduardo. They want you.”
“Oh hell, of course I will.” Eddy chuckled. “But don’t expect it to restore my belief in Father Christmas. I lost that for good when I found flakes of tobacco from my father’s distinctive cigarettes on the Santa sack that year.”
Nuri chuckled with him. No time to mourn Eddy’s lost Christmases, or even to plan the ones they would have together in future. They were both firmly planted in the present. Their present.
“About those other talents?” he murmured into Eddy’s ear. He slid his tongue along the outer edge, then trailed it down Eddy’s neck, just where he knew Eddy was most sensitive. Adem was right: Eddy did wriggle a lot. But it was the kind of wriggle that got him closer to Nuri; that snuggled him up against Nuri’s side as if they should fit together as one. The kind of wriggle that allowed him to run a hand down between them and cup Nuri’s groin with bold possessiveness.
They tumbled arm-in-arm to the bedroom, comfortably familiar with each other but still shivering with the excitement of their desire. Will it always be like this?Nuri wondered. Would they become complacent with each other; grow bored of each other’s company; lose this breathless, gasping, consuming craving for each other?
Eddy clicked on the side lamp and spun around, breaking Nuri’s train of thought. His lips reached clumsily but eagerly for Nuri’s, laughter shaking his body, his hand back on the mound of Nuri’s cock, swollen inside his jeans. No. Nuri knew he’d never feel any differently towards Eddy, any less.
Complacency? Boredom? It was never going to happen.
OH YES, YOU GOTTA READ THIS ONE NOW! IF YOU AREN'T FAMILIAR WITH THIS SERIES LOOK IT UP RIGHT NOW, GREAT BOOKS BY GREAT AUTHORS FOR SURE! THANKS FOR JOINING ME FOR DAY 14, SEE YOU TOMORROW WHEN MY GIRL MARI REVIEWS ONE FOR YA!

at December 05, 2015
Email ThisBlogThis!Share to TwitterShare to FacebookShare to Pinterest