HEY THERE FRIENDS, I AM REVIEWING OUTLAWS OF LOVE; THE COWBOY GANGSTER BOOK 3; BY Am SNEAD (writing as CJ Bishop), AND  BOY YOU BETTER BRING OUT THE TISSUES, CAUSE YOU ARE GONNA NEED EM! I HAVE MY REVIEWS, LINKS AND EVEN AN EXCERPT, SO LET'S GET STARTED: 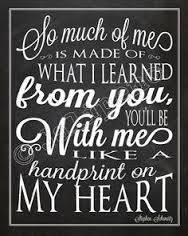 OH BOY DOES THIS APPLY TO SWEET AXEL! OH HOW I LOVE HIM! ;) HERE IS MY REVIEW:

Outlaws Of Love (The Cowboy Gangster Series 3) by: Am Snead
reviewed by: Becky

Axel didn’t know life could be a sweet mixture of loving family and passionate romance. Though rough around the edges and sporting a gruff exterior, Clint – “the cowboy" –has proven to be much more than meets the eye. Wrapped in his arms, Axel is privy to a side of the cowboy that few –if any –have ever glimpsed, and he can no longer deny that he is falling in love with the man.But the fateful call that pulled Clint from his arms in the middle of the night has turned into a bad omen of broken hearts and sinister villains. As Axel struggles to rise above the crushing blow to his heart, Clint is faced with two enemies –the faceless man intent on destroying all that he loves…and his own heart that refuses to let Axel go. 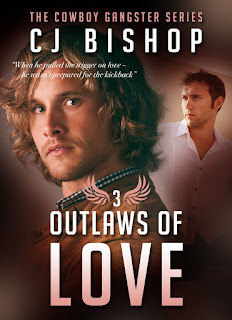 Oh my goodness, I love this author so much, she is hands down one of my favorites, and she puts so much depth of emotion and realism into her characters that you laugh when they laugh and cry when they hurt. This book proves that theory perfectly, the range of emotion is stunning!

Clint is closed off to everyone, and let's no one in but his 'family', but this changes and he becomes more attached than he has in a long time to Axel. Clint can hardly believe the feelings coursing through him and he knows he wants Axel forever.

One dark night, Clint's profession catches up to those close to him and he comes to the conclusion that his love for Axel has clouded his judgement, and also Axel isn't safe, so he breaks both their hearts!

Axel is crushed and he just doesn't understand why. Can he get over Clint, or will he even have to? Can Clint be sure that Axel is safer without him, or has he made a terrible mistake?

This book ends in a cliffhanger, but no worries I know that Am has no intention of breaking our hearts without soundly putting them back together again, I will also say that it was great to catch up with our dear friends from the Phoenix Club!  Thanks Am, for giving us one more brilliant book in a wonderful overall story! 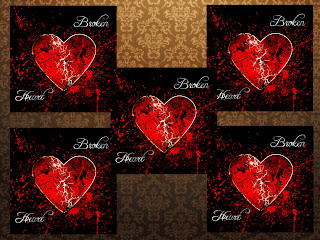 I DID THIS RATING FOR OBVIOUS REASONS ;(, HERE ARE THE BUY LINKS FOR THIS ONE GRAB IT NOW FRIENDS, YOU WILL LOVE IT AS MUCH AS I DID!!

HERE IS AN EXCERPT (YEAH YOU WILL SEE WHY YOU WILL NEED STOCK IN KLEENEX ;P)

Axel woke to sounds in the kitchen. His eyes felt thick and heavy from lack of sleep and too many tears. Hearing Angel and Dane’s intense love making last night hadn’t helped in easing the pain coursing through his heart. He didn’t want to miss Clint, didn’t want to ache for his touch…to be in his arms again, making love. But he did.

He raised his head off the pillow and saw Angel behind the counter that separated the kitchen from the living room, preparing a pot of coffee. Axel sat up and ground the heels of his palms into his eyes in an attempt to dispel the sleep.

“Did I wake you?” Angel asked when he saw that Axel was up. “I was trying not to make too much noise.”
Axel cleared his throat and shook his head. “No,” he rasped. “I was…pretty much awake already.”

He folded the blanket back and stood up, finger-combing his disheveled hair. Clint had liked that unruly ‘morning’ look. Thought it was sexy. The strands slid through Axel’s fingers and his throat tightened. Would Clint throw away the necklace that he’d claimed to love…promised to never take off?

He broke every other promise –why not that one, too?
“Are you hungry?” Angel asked as Axel approached the kitchen area. “I’ll fix you something. I’m a fairly decent cook.” He smiled.

“I know,” Axel whispered.
Angel looked at him, then nodded slowly. “Right…I forgot.”
How could he forget? Wade had always made Angel cook for them.
“Well,” Angel smiled. “My food tastes better now, without Wade bitching at me to hurry up and making me serve it half done.”

“It was always good,” Axel murmured.
“Thanks,” Angel chuckled softly. “I’m glad someone enjoyed it.”
Axel stared at him as he moved around the kitchen, hardly recognizable as the frightened, abused boy he had been just a short time ago. Angel was a miracle.

“Hey, uh…” Angel glanced toward the loft then met Axel’s gaze. “I’m…” An embarrassed smile wavered on his lips. “I’m sorry about last night. We should’ve shown you more courtesy.”

“You don’t have to apologize,” Axel said quietly. “I’m just…I thank God that, after everything you went through, you’re still able to have an…intimate relationship with someone. Not everyone would.” He swallowed past the lingering lump in his throat. “Maybe hearing you made me miss Clint, but…you deserve this, Angel. All of it. And I don’t want you to hold back any part of your life because of me.”

“Thank you,” Angel murmured. “But I know how much it hurts to be where you are right now. And I don’t want to do anything to make it worse.”
Axel traced his fingertips absently on the countertop, his eyes downcast. “I don’t think anything could make it worse than it already is,” he whispered thickly.

“For whatever it’s worth,” Angel said softly, sincerely. “I think that letting you go, was the biggest mistake of Clint’s life.”
Axel raised his eyes, damp with tears. “It’s worth a lot.”

“I don’t know why Clint did this,” Angel said. “But if it came down to it…I would bet my life that he still loves you.”
His throat squeezing tighter, Axel glanced away. “Or maybe he never did.”
“Is that what you really believe?”
Axel stared blankly at the counter, his vision swimming. “Maybe I want to believe it.”
“Why?”
His throat worked and he looked at Angel, his tears barely holding. “Because you can’t lose what you never had.”

“Axel…”
“It’s bullshit, you know?”
“What?” Angel whispered, his eyes watering.
“That it’s better to have loved and lost, than to have never loved before.” Axle choked on a half laugh, half sob. “I mean, what crazy fuck came up with that? It isn’t better.”
Angel nodded slowly, sympathy shimmering through his forming tears. “I know.”

Axel wiped his eyes. “I didn’t know that it was true…” His chin trembled. “…That you could actually miss someone so much it hurt. I-I thought it was just an expression, but…” He shook his head. “…It isn’t.”

“No,” Angel admitted softly, his voice strained with emotion. “It sure as hell isn’t.”

I HATE TO SAY I TOLD YOU SO BUT.... JUST KNOW THAT THIS IS A BRILLIANT BOOK YOU SIMPLY CAN'T MISS! THANKS FOR JOINING ME FOR THIS REVIEW :)

at September 10, 2015
Email ThisBlogThis!Share to TwitterShare to FacebookShare to Pinterest