I HAVE AN EPIC BOOK FOR YOU TODAY, A LOVE STORY THAT IS LIKE NO OTHER! LOVERS ENTWINED BY LILLIAN FRANCIS IS JUST BEAUTIFUL, I HAVE MY REVIEW, LINKS. AND EVEN AN EXCERPT, SO LET'S GET STARTED: THIS QUOTE IS PERFECT FOR THIS STORY! HERE IS MY REVIEW:

Ewan Matthews is one of Boston’s leading genealogy experts. When a would-be bridegroom comes looking for confirmation that there are no skeletons in his ancestral closet, Ewan considers turning the job down. Trey Capell is a jerk of the highest order and yet Ewan experiences an infuriating attraction that’s easy to justify. Trey’s exactly his type—a carbon copy of the man Ewan’s been looking for his entire life.

Harder to explain is the sense of recognition that leaves Ewan speechless the moment Trey steps into his office. Or the stomach-churning sensation at the thought of casting the job aside.

Trey gets more appealing by the day, leaving Ewan struggling with forbidden desire for his client. Desire not helped by strange voyeuristic dreams that have started to haunt his sleep. Dreams that appear to be an echo of the past. 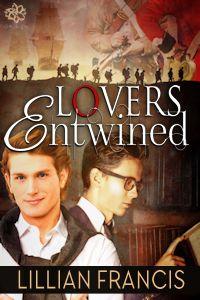 This is one of those books that you wish you could read over and over for the first time! It is a beautiful love story that is timeless and beautiful in the telling! Lillian Francis is right on point with this one.

Trey's fiance Paige (grrrr) sends him to Ewan, a genealogy expert to see if anything in his background will hurt her father's political aspirations, I did mention grrr didn't I ;p! This could end up backfiring on dear Paige!

Trey has never felt like he fit in Paige's world, he prefers sweats and T'shirts to the latest fashion, but when he meets Ewan, his world turns upside down. As they begin to dig into his family's past, can the two keep this relationship just business?

Ewan isn't prepared for Trey and the turmoil that his life becomes after he meets him, for he too starts dreaming about the past as if he lived it. Could it be that these two men are tied together and have been for centuries? If so where does that leave Trey's finance?

This book is epic friends, you have no idea, you don't just get one love story, you get several, but get out your tissues, because you WILL cry! Grab this book, you will be ever so glad you did! Thank you Lillian, for a love story that is so big it spans centuries! 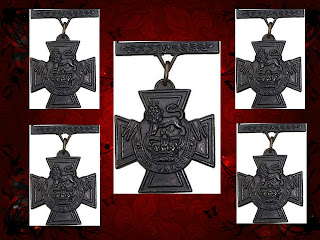 REMEMBER WHEN I SAID YOU WOULD CRY AT THIS BOOK, WELL THE STORY OF THE RATING PIC IS ONE OF THOSE TIMES, SO BE PREPARED! HERE ARE THE BUY LINKS, DO YOURSELF (AND THE TISSUE INDUSTRY) A FAVOR AND BUY THIS ONE FRIENDS!


Amazon US
Amazon UK
ARe

HERE IS AN EXCERPT FOR YOU: YOU ARE GONNA BE HOOKED, I PROMISE!

“Why only five minutes?” Did Trey sound disappointed?
“‘Cos I’m knackered and I want to go home.” Ewan flicked his gaze up to the dark slick of hair, straight and pushed back from Trey’s forehead, and tried not to wrinkle his nose in distaste. All the life and colour was gone from the normally wayward, but temporarily tamed tresses. To deflect from his aversion to the hairstyle, he indicated the high-fashion shirt Trey was wearing. “Anyway, it looks as if you’ve got somewhere to be yourself.”
“Dinner and drinks at the polo club.” Trey glanced down at himself. “D’ya like it?”
“Not really to my taste,” Ewan said as diplomatically as he could muster. In his opinion, it was hideous and did nothing to define Trey’s wide chest or highlight his narrower waist. “I veer from traditional to scruffy casual with little space for anything in between.”
When Trey’s smile dimmed a little, Ewan added, “As long as you like it.”
“Yeah.” Trey plucked at one of the oddly shaped buttons, and left Ewan with no idea if Trey liked the shirt or not.
“I don’t have to meet the others until eight.”
Ewan resisted the urge to state that this gave Trey enough time to go home and change his shirt. It appeared Trey-baiting had quickly lost its appeal, or at the very least, left a nasty aftertaste.
“Honestly, I’m ready for a shower and then bed.”
“I can be all yours for the next hour and a half.” There was nothing suggestive in Trey’s tone, but that sentence following the word bed created interesting and unwanted scenarios in Ewan’s imagination. And surely the flash of something in Trey’s eyes had been the desk lamp reflecting in the pale blue irises, not a flicker of interest.
“Come on. You can’t be that tired.” Trey followed this up with a pout, which should have annoyed the hell out of Ewan, but worryingly, he found kind of endearing.
“An hour.” Ewan gave up against the charm offensive that Trey appeared to be bombarding him with—God he must be tired if he was succumbing that easily to Trey’s allure. “I’m looking into Tristan’s father. You could help me with that.”
The vague dream connection to the eighteenth century would be too difficult to justify. He could continue with that line of inquiry tomorrow, when he was alone.


He had yet to tell Trey about the first two dreams. He certainly wasn’t going to start with one where he’d woken with the tang of gunpowder in his nostrils and a sense of despair in his heart.

HOLY CRAP RIGHT? YOU HAVE NO IDEA! THANKS FOR JOINING ME FOR MY REVIEW OF LOVERS ENTWINED, NOW WHAT ARE YOU WAITING FOR, GO READ IT! YOU WILL BE ENRAPTURED JUST LIKE I WAS!!

at August 07, 2015
Email ThisBlogThis!Share to TwitterShare to FacebookShare to Pinterest