WOO HOO I AM SOOOO EXCITED TO BRING YOU THIS NEXT RELEASE DAY REVIEW! I HAVE WAITED FOR THIS BOOK FOREVER (WELL IT SEEMS LIKE FOREVER ;P), KISS OF THE ALPHA; SUPREMACY OF WOLVES 2; BY VICTORIA SUE AND SHANNON WEST WAS SOOO WORTH THE WAIT LET ME ASSURE YOU! I HAVE MY REVIEW, LINKS, AND EVEN A SMALL EXCERPT, SO LET'S GET STARTED!! 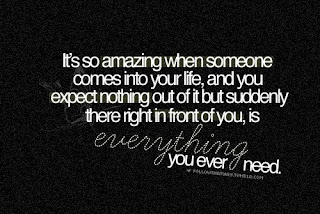 BOY DOES THIS QUOTE FIT THIS COUPLE TO A T!! HERE IS MY REVIEW:


Kiss Of The Alpha (Supremacy of Wolves 2)
by: Victoria Sue & Shannon West
reviewed by: Becky

Jay Tabor, rebel leader of territory three has  done something he swore he would never do, and that’s work with Quinn, the Supreme Alpha of the Nine Territories, to save his brother Aaron’s life. Now on the run after his rebel hideout was discovered in Virginia, Jay has found a relatively safe haven for his insurgent group in the mountains of Tennessee. His peace is short-lived, however, when he gains a new captive—Devon, the Alpha of Territory Three.
Devon has been beaten, tortured and starved by the rebels in an effort to "tame" him, but when he's transferred to a new camp, he discovers an unwanted attraction to his new captor—one that goes both ways. Devon has finally found his true mate in Jay, but the man is not only his sworn enemy, but a dominant, controlling lover, who insists on his independence.
When they’re both kidnapped by forces bent on harming them, Jay has only one chance to save his wolf. He has to prove that Devon is his submissive partner and he has to do it in front of their enemies in order to save their lives. With only one chance to make it good, he has to put on a show or risk losing his lover and his mate forever. 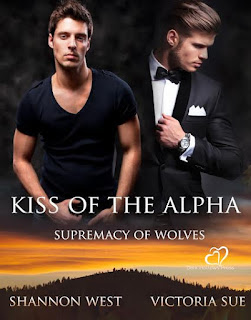 I thought book one was great, and it was, it was a 5 star for sure, but this book takes the concept of one and just runs with it, giving Kiss Of The Alpha a storyline that is second to none!

We met Jay in book one, he was Aaron's brother and a rebel leader, we get more of Jay's background in this one, and we find out that he was essentially robbed of his childhood for the rebel cause, this gives Jay a depth of character that makes you understand him so much more!

Devon is Alpha of territory 3 and he is good at his job, though he has essentially been cleaning up the mess of the old alpha since he was appointed. We see Devon in this book when he has been captured, by Alan (god what an asshole!!), Jay doesn't exactly know why but he wants to help the Alpha, which is unheard of, a rebel helping a wolf!!

What a roller coaster ride this one is! Holy crap hang onto your seat! These two men will go through so much to be, and not be together :P (you will see what I mean!) but alas they should know it is useless to fight what is meant to be!

Victoria and Shannon delivered with this book 2 in every way possible! You will be just as taken with it as I am! Thanks to these two authors for putting their heart and soul in to Jay's story and making it show!! 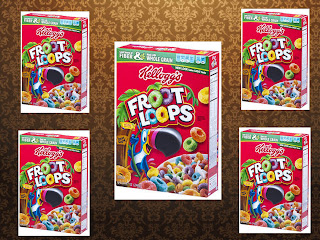 OMG I HAVE THE CUTEST REASON FOR THIS RATING, BUT YOU HAVE TO GRAB THE BOOK TO FIND OUT :) OH LOOK, HERE ARE THE BUY LINKS :)

AND IF YOU HAVEN'T READ BOOK 1, MY GIRL ZANDRA REVIEWED IT ON IT'S RELEASE DAY, HERE IS THE LINK:

PROPERTY OF THE ALPHA REVIEW

NOW HOW ABOUT AN EXCERPT? HERE WE GO:


Jay heard a gasp and turned round. Devon was staring at him, shocked. “You’re Jay Tabor? The rebel leader of Territory Three?” The wolf stood and seemed to draw himself up to his full height. “The rebel leader of my territory?” Jay heard Marc pull out his gun when he realized Devon wasn’t restrained, but Devon ignored him. Jay nodded once, briefly, and motioned Marc to back away. Marc reluctantly left the tent. “So this was your plan?” the wolf continued incredulously. “To feed me? Make me feel safe? Make me think you were better than the bastards that tortured me before? My God, I just tried to claim you.”

Jay grew angry. “I haven’t mistreated you, have I? I fed you, treated your injuries.” His voice died as unbelievable sadness settled on Devon’s face, and the wolf seemed to collapse into himself. He raised both hands to his face and buried it in them. “You don’t know what you’ve done, do you?” The next second he lifted his head and glared up at him suspiciously. “Or do you? Did you do this deliberately?”

Jay shuffled his weight, uncomfortably at the muttered words. “I haven’t done anything.” “You understand my wolf has recognized you as his mate?” The words were forced from Devon’s lips, and he dropped his hands. Jay didn’t answer, he couldn’t answer. He could feel the pain radiating from the wolf. He took a breath. “You didn’t bite me properly. I know that means we aren’t mated.” Jay laughed, suddenly embarrassed. “It’s not like it’s a life sentence.”

Devon shook his head. “That’s true enough. By not recognizing me as your mate and by refusing the bite, you’ll remain mostly unaffected. I, however, don’t have that luxury. My wolf will turn feral at being rejected, and Quinn will have no choice but to put a bullet in me.”

UMMMM OOPS! HOW ARE THESE TWO GONNA GET OUT OF THIS ONE? GRAB THIS BOOK AND FIND OUT!! :) THANKS FOR JOINING ME FOR MY RELEASE DAY REVIEW OF KISS OF THE ALPHA, AND THANKS TO SHANNON AND VICTORIA FOR GIVING US A BOOK TWO THAT LIVES UP TO THE FIRST AND THEN SOME!!

at August 28, 2015
Email ThisBlogThis!Share to TwitterShare to FacebookShare to Pinterest