HELLO FRIENDS, I HAVE A PROMO POST FOR YOU TODAY, AND IF YOU LOVE HISTORICALS, AS I DO, YOU ARE GONNA BE DROOLING OVER THIS ONE FOR SURE! I HAVE THE BLURB, BEAUTIFUL COVER, LINK, AND EVEN AN EXCERPT OF THE LAYERED MASK, AND I CAN'T WAIT TO READ IT! HERE WE GO: 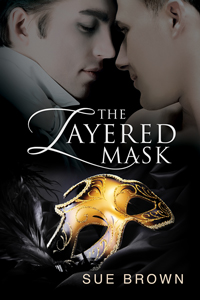 MAN THAT IS BEAUTIFUL! HERE IS THE BLURB:

2nd Edition
Threatened by his father with disinheritance, Lord Edwin Nash arrives in London with a sole purpose: to find a wife. A more than eligible bachelor and titled to boot, the society matrons are determined to shackle him to one of the girls by the end of the season.

During a masquerade ball, Nash hides from the ladies vying for his attention. He is discovered by Lord Thomas Downe, the Duke of Lynwood. Nash is horrified when Downe calmly tells him that he knows the secret Nash has hidden for years and sees through the mask Edwin presents to the rest of the world.

And then he offers him an alternative.

A Timeless Dreams title: While reaction to same-sex relationships throughout time and across cultures has not always been positive, these stories celebrate M/M love in a manner that may address, minimize, or ignore historical stigma.

SOUNDS GREAT RIGHT? I KNOW IT DOES! HERE IS THE DREAMSPINNER LINK:

NOW HOW ABOUT AN EXCERPT?

THE GENTLEMEN’S Club in Mayfair existed to provide a service for a certain kind of gentleman. Nobility and aristocracy, politician or Royal, its members were men who would be reviled in polite society if their secret were to be become known in the public domain. The men would definitely be imprisoned and possibly worse. The club didn’t have a name as such, but those that needed its sanctuary were welcomed and given a chance to relax with other men of nobility who shared the same secret. No woman ever stepped over the threshold, and all the servants were discreet and professional. They also shared the same proclivities. It was as much a safe place for them as it was for the members.
Asher and Leicester, long-time friends though never lovers, had recognized a need for such a sanctuary many years ago and purchased the building. The club offered a formal dinner one night a week, many courses produced by a chef who each member had tried to tempt away but to no avail. If an outsider visited, they would have seen nothing but a group of gentlemen enjoying an evening together away from their wives and families. The rest of the week, the members were welcome to partake of food at any time of day in a less formal setting.
There were bedrooms, as sumptuously decorated as the dining area. Nothing that took place in those rooms was ever discussed. Asher and Leicester guarded members’ secrets as closely as their own. This wasn’t a brothel or a molly house. Boys weren’t available for the members. This was a club for friends and lovers. Not even their families—especially not their families—knew about the club’s raison d’être.
This was the Gentlemen’s Club.

SQUEEEEEE, SOUNDS GREAT RIGHT? GRAB IT RIGHT ALONG WITH ME AND I KNOW WE WILL LOVE IT!THANKS FOR JOINING ME FOR MY PROMO POST OF THE LAYERED MASK, SEE YOU SOON! 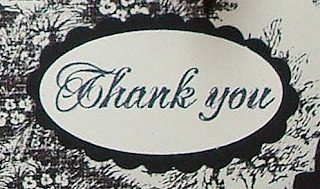 at July 22, 2015
Email ThisBlogThis!Share to TwitterShare to FacebookShare to Pinterest