HELLO FRIENDS: HERE IS MY RELEASE DAY REVIEW OF THE BROKEN HEARTED NECKLACE 3, BROKENHEARTED ROMANCE; OF THE THAT WHICH WAS LOST SERIES! WHEW THAT IS A MOUTHFUL, BUT IT IS WORTH IT, CAUSE THIS BOOK IS MAGIC, BROKENHEARTED MAGIC ;)! I HAVE MY REVIEW, LINKS, AND EVEN AN EXCERPT, SO LET'S GET STARTED: 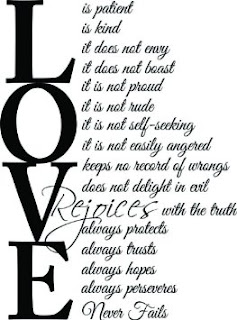 
With his beloved necklace destroyed at the hands of his irrational father, Lonny feels the loss deep within his heart. His only connection to the boy from his past –is gone. Encountering Jack Flemming and his group when he is at his most vulnerable devastates Lonny as he is forced to pour out his anguish for all to see and ridicule. Yet he is startled to detect hesitation in Jack, and even Travis, when they are urged by Ashley Winters to torment him. Jack has always taken great pleasure in humiliating Lonny –what has changed? Rescued by Paul and with plans to finally make love, Paul asks Lonny to tell him the story of the necklace…and the boy he loved so long ago. Having held the story secretly and protectively in his heart for five years, revealing it to no one, Lonny knows it’s time to share and that it’s safe to reveal the deepest, most cherished part of his heart with Paul. 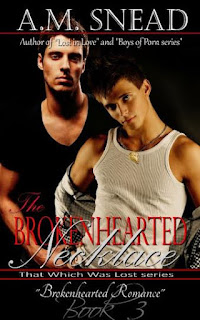 A.M. Snead has done it again, she has torn out our hearts with a promise to put them back together, she is a pro at that! I was so anxious to read this one, and I am so glad to hear there will be one more book in this series!

Poor Lonny is heartbroken at the hands of his father, A-gain, this guy needs to get a life, grrrr I can't stand Richard...ok ok back to Lonny, he is heartbroken that his father will never truly love him for who he is, and it seems his mom isn't standing up for him, but is she?

Paul rescues Lonny from his tormentors yet again, though this time it seems that Jack and Travis aren't as gung ho to be cruel as they have been, but Ashley sure is, there is a name for girls like her, I will let you fill it in! Could this be when Paul and Lonnie go all the way?

Paul really wants to know the story of Lonny's beloved necklace, which his father destroyed (growls), the story will have you in tears and the bond between Paul and Lonny cements even more!

Believe it or not, you will find yourself almost feeling sorry for Jack and Travis and the tangled web these two have weaved, A.M. Snead is a master at making you feel sorry for characters you hated at the beginning, but some of the characters in this story, there is no coming back from their douchiness (Ashley!)

There are twists and turns in this one that will have you gasping, as always in a Snead book, but there are heartwarming moments as well, and as always you will love it! Grab it up friends, I can't stress how great it is! Thanks A.M., for yet another book that is full of heart and soul! 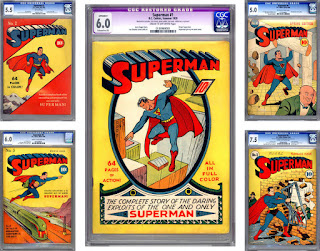 I DID THIS RATING IN HONOR OF A SWEET PART OF A PAINFUL MEMORY :), HERE ARE THE LINKS FOR THIS ONE, YOU GOTTA GRAB IT FRIENDS!

Jack didn’t register the sound of the motorcycle until it came over the curb of the sidewalk, the front treaded tire stopping just short of knocking him on his ass. He released Lonny’s arm and staggered back as his friends scattered with sharp curses, the girls squealing at the sudden forceful intrusion. Paul McNair was off the bike before Jack could grasp what was happening. The guy’s helmet came off and he clutched the chin guard, swinging it fast and hard, nailing Jack in the gut, doubling him over.
“You motherfucker!” Paul bore down on him as he tossed his helmet and punched Jack in the ribs, ripping away what was left of his breath, then grabbed him by the front of the shirt and shoved him hard into a stunned Travis, knocking them both back against one of the tables. “I told you!” He snatched up the baseball bat that was dropped in the hurried attempt to jump out of the bike’s path, and jabbed it threateningly at Jack. “Don’t fucking touch him!” He swung the bat, bringing it down hard on the table just inches from Jack’s hand. “Don’t even fucking look at him!” He stepped forward and rammed the tip of the bat into Jack’s chest, his eyes burning and lips tight, peeling back from his teeth. “Are you fucking hearing me? ‘Cause I swear to God, I don’t care if you’re the son of the fucking president, if you mess with Lonny again –you will live to fucking regret it!”
Jack stared at him wide-eyed. McNair wasn’t fucking bluffing. He half expected him to crush his skull then and there.
Without taking his eyes off Jack and the others, Paul spoke to Lonny. “Get on the bike, Lon.”
Jack’s eyes darted to Lonny who refastened his pants with shaking hands, sobs hitching his chest as he climbed onto the back of the dirt bike.
Glancing quickly at Lonny, Paul stepped back but kept the bat raised and pointed at Jack. “That shit you pulled on Lonny last year…” he said tightly. “It isn’t over. You will fucking pay for what you did to him. That’s my promise to you.” His hard eyes swept over Jack’s small band of friends and came back to settle on Jack, a look of disgust on his face. “What the fuck is wrong you people?” he muttered and moved back toward the bike, keeping his eyes on Jack. He grabbed up his helmet and handed it to Lonny. “Put it on, babe.” His voice took on a decidedly softer tone when speaking to the kid. Lonny tugged on the helmet. His hands continued to tremble as he managed to cinch the chin strap. Paul straddled the bike and kick started it, then pointed the bat at Jack one last time. “Mark my words, asshole. Your day is coming.”
Paul flung the bat against the brick wall then stomped the machine into gear and sped off down the street, the bike winding out as it gained momentum. And then they were gone.
Jack curled his arm around his bruised ribs, his body still pressed back against Travis where Paul had shoved him. Warm breath shuddered against the back of his neck, causing tingling sensations to surge down through his body.
When the others finally stirred from their shocked state, Jack cleared his throat and quickly pulled away from Travis. He glanced down the street where the bike had disappeared, the sound of the motorcycle fading into the distance.
Somehow Jack didn’t think it would have carried much weight at the time if he’d told McNair that what he’d seen –Jack shoving Lonny –was his attempt to get Lonny away from his bitch of a girlfriend and the jackals he called friends.

YES I KNOW, YOU WANT TO READ THIS ONE, YOU KNOW IT! GRAB IT FRIENDS, IT WILL SO BE WORTH IT, I CAN'T WAIT UNTIL THE NEXT BOOK! THANKS FOR JOINING ME FOR MY REVIEW OF BROKENHEARTED ROMANCE!

at July 22, 2015
Email ThisBlogThis!Share to TwitterShare to FacebookShare to Pinterest