HELLO FRIENDS I HAVE A RELEASE DAY REVIEW FOR YOU TODAY! I LOVE THIS AUTHOR AND THIS SERIES SO LET'S TAKE A LOOK AT MY REVIEW OF THE BAKER, A WORKPLACE ENCOUNTERS BOOK BY SERENA YATES, I HAVE THE REVIEW, LINKS, AND EVEN A SHORT EXCERPT FOR YA, SO LET'S GET TO IT: 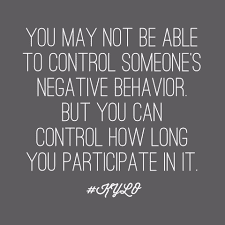 BOY DOES THIS QUOTE APPLY TO THIS STORY: HERE IS MY REVIEW :)

The Baker (Workplace Encounters) by: Serena Yates
reviewed by: Becky


Ian Wallace works as a baker for his tyrannical father in their family owned Scottish Bakehouse in Casper, Wyoming. He wants to represent the bakery in the upcoming Tartan Day competition, but his father refuses to reveal the secret ingredients that make them so successful—unless Ian gets married and has a son, proving he is fit to continue the family line.Just before New Year’s Eve, Cameron Lewis, a former Marine turned police detective, comes into the bakery for donuts for his department and some black buns for himself. Cameron is hooked, and as his visits become more frequent, they stir Ian’s father’s suspicions. But threats can’t stop Ian from donning his kilt and entering the competition anyway—to show his father what he can do on his own. Though he might not have the secret ingredients, Ian and Cameron might still discover a recipe for happiness. 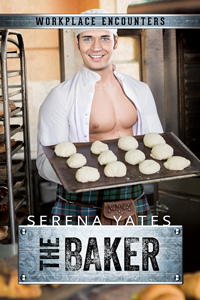 I have loved every book by this author I have read, and this one is no exception! Ian is a talented baker in his own right, but he works in the family Scottish Bakery and what his father says goes, about everything!

When Ian hears about The Tartan Day Festival coming up, he wants to enter the bakery with him representing, but his father won't give up the secret ingredient of his cookies.

When Cameron walks into the bakery, there is instant chemistry and flirting, but Cameron is a cop and that could  get messy for him at work if he comes out, and Ian is so kowtow'd by his father that he wouldn't dare come out at work.

The situation gets so bad at work Ian dares to do the one thing he said he never would, will it cost him everything, or will Cameron be there to pick up the pieces and urge Ian to enter the contest on his own?

It isn't easy starting over, but if you are lucky enough you find the one person who is worth it then it is worth any amount of pain, and starting over can be just the thing Ian needs! Read this one friends, you will love it as much as I did! Thanks Serena, for yet another fab book in this awesome series! 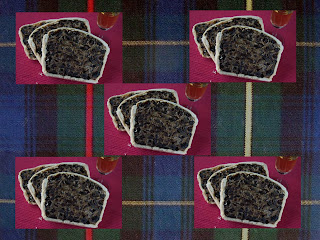 I JUST HAD TO DO THE BLACK BUNS, THOSE ARE IAN'S SPECIALTY! HERE ARE THE LINKS FOR YA: IF THEY STILL SAY PRE-ORDER LINK THEY WILL REVERT VERY SOON AND YOU WILL HAVE THE BOOK, I  AM POSTING AT MIDNIGHT EASTERN :)

HERE IS AN EXCERPT FOR YOU!!

“Matthew! It’s good to see you!” Ian was as pleased as he sounded. He didn’t have much time for a social life, and a visit from Matthew was always fun. The guy might have become sort of a competitor when he took over a local restaurant with its own bakery—courtesy of his generous father when the man got elected mayor five years ago—but Ian and Matthew had never let that stand in the way of their friendship.

“Same here.” Matthew grinned, but his gaze went right back to the goodies waiting to find a home. He examined the display but started to frown before he looked up. “Any chance for some of your amazing New Year’s cake? I can’t seem to find it here….”

Ian grinned. Trust Matthew to be predictable. But Ian refused to react to the subtle jab of Matthew using the “Americanized” name. Ian lifted his right hand in a hold-on gesture and turned to walk back into the kitchen, where he grabbed the set of four minicakes he had set aside in a festive box and left before his father asked him what was going on.

Matthew’s eyes lit up as soon as he saw the box.

“There you are. I kept some just for you.” Ian handed over the container and watched as Matthew opened it carefully, sniffing the contents with his eyes closed and nose scrunched.

“Absolutely perfect.” Matthew opened his eyes. “I don’t think they’ll make it to New Year’s Day, by the way. Not that we’re a traditional Scottish family celebrating Hogmanay anyway, but even if we were, I don’t see how I could stay away from them for another four days.”

“Don’t tell my father, but I don’t think the majority of our customers buy them for Hogmanay either.” Ian smiled. “People just aren’t into visiting their neighbors after midnight to celebrate the New Year. And there’s no longer much demand for the symbolic gift of a black bun to ensure the receiving family doesn’t go hungry during the forthcoming year.”

“I know, right? They do still serve it to guests visiting their home, Hogmanay or not. Our neighbors started doing it last year, saying it was tradition to serve it with whisky. I told them as long as it was real Scottish w-h-i-s-k-y and not the Irish stuff, spelled with an e, like they’re used to, they were safe from your wrath.” Matthew shook his head. “It’s funny how people pick up some parts of traditions and not others.”

Ian laughed. It was so typical for Matthew to comment on people’s strange behavior.

“Speaking of traditions….” Matthew pulled his wallet from his pants.

“No payment required.” Ian would make sure to ring up the purchase and put his own money in the till once Matthew had left. He didn’t want his father to accuse him of nepotism or worse—giving something away for free.

“Thank you!” Matthew smiled and let go of his wallet. “But actually, that wasn’t the tradition I was referring to. I’ve got some great news for you.”

“Oh?” Ian could do with some great news. Even good news would be, well, good.

“Yeah, my dad has been working on the official Casper activities and events calendar for next year and has decided, in his infinite wisdom, that we need some more ‘diverse’ holidays so we can attract more tourists outside the current February sled dog races and all the summertime festivals and rodeos.” Matthew paused to dramatically roll his eyes. “So guess what he came up with?”

“I wouldn’t stand a chance, so I’m not even going to try.” Ian leaned forward, putting his hands on the gleaming counter. This might be his only excitement for the week.

“Tartan Day?” What the hell? Ian shook his head. “You’ve got me there. I need a bit more information.”

“It’s a celebration of Scottish heritage on April 6, the day of the declaration of Scottish independence made in a letter to the pope in 1320. Some people say it’s because the American version was modeled on it, and almost half of the signers of our Declaration of Independence were of Scottish descent. But that may just be a theory.” Matthew drew himself up to stand straighter, his ready-to-lecture pose closely resembling his dad’s—not that Ian would ever tell him. “Some event in New York in the early eighties started it all on this side of the pond. The celebration spread to Canada in the next few years but didn’t really become official here until the Senate okayed it in 1998, followed by Congress declaring April 6 ‘National Tartan Day’ in 2005. Then there was a presidential declaration in 2008. It’s celebrated with parades, pipes, drums, dancing, food, and whatever else people come up with.”

“Wow.” Ian shook his head. “It’s embarrassing to admit, but I’ve never even heard of it.”

“Well, so far it’s been mostly limited to big places like New York City, Washington, and places in some of the states with a higher percentage of people with Scottish ancestors.” Matthew shrugged. “Dad thinks it’s time to bring it to Wyoming, since we have a fairly high percentage of Scottish Americans here. Also, April is a nice midway point between February and the summer stuff, so it suits him.”

“I’m guessing he wants food to be a part of the festival?” Ian sort of liked the idea. He might even get to wear his kilt without feeling embarrassingly out of place for once.

“Totally!” Matthew nodded. “He wants to make it a competition, similar to an agricultural or country fair, and he said it will be limited to members of the younger generation. To show we all have a future, or something.”

“A competition?” Ian frowned. “You know that’s not my thing.”

“Come on, it’ll be great advertising for the bakery. And your stuff is totally competition-worthy. Besides, my dad is really counting on you, well, your family’s bakery, to participate since you’re so well-known already. What with all that brilliant secret ingredient marketing your father keeps doing, you’re bound to win.” Matthew bounced on his feet like a little kid in his enthusiasm.

“I’ll have to check with my father.” Ian’s frown deepened. “He’s never shared the secret ingredients with me, and I’m not sure he will now.”

“Not even for something that’ll bring you guys a lot of business?” Matthew was such an optimist, always had been.

“It’s worth a try, I agree.” Ian squared his shoulders. “You never know.”

“Exactly!” Matthew looked at his watch and raised his eyebrows. “Time to go. Jenny’s expecting me back for lunch.”

“Of course. Please tell your wife not to be a stranger. She’s welcome here anytime.” Ian knew Matthew loved any excuse to come see him, but still. Jenny was a nice woman, and Ian didn’t want her to feel excluded.

“Sure.” Matthew gathered his coat around him. “Let me know the decision soon, yeah? My dad wants to finalize the plans as soon as possible so he can make a big announcement early in January.”

Ian nodded and watched Matthew leave the store and step into the snow outside, his friend holding on to the small carton box as if it were a major treasure. Ian sighed. He liked the idea of getting the business some exposure, but he hated being in the limelight. And convincing his father it was a good idea and getting him to reveal the secret ingredients wasn’t going to be a walk in the park. Ian shuddered at the thought of a confrontation. He’d have to wait for the exact right moment if he wanted to stand a chance.

YEP FRIENDS, YOU WILL LOVE THIS ONE! GRAB IT UP! HAPPY RELEASE DAY SERENA!

at July 14, 2015
Email ThisBlogThis!Share to TwitterShare to FacebookShare to Pinterest