HEY THERE FRIENDS, I HAVE A RELEASE DAY REVIEW I HAVE BEEN WAITING TO SHARE WITH YOU! THE CARPENTER BY SERENA YATES IS PART OF THE WORKPLACE ENCOUNTERS SERIES AND IS A HECK OF A GOOD READ, I HAVE MY REVIEW, THE DREAMSPINNER LINK, AND EVEN AN EXCERPT SO LET'S GET STARTED: 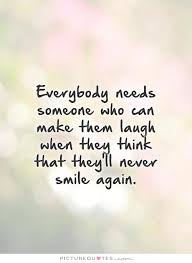 
The Carpenter (Workplace Encounters) by: Serena Yates
reviewed by: Becky

Tom Halderson is a carpenter in desperate need of a big project to save the financially troubled construction company he inherited from his father. Tom is a better carpenter than a businessman, and worse yet, Tom’s estranged brother suddenly demands his share of the inheritance. When Matt Langford hires Tom to renovate his house, things begin to look up. A safari guide, Matt plans to restore and sell the home his grandfather left him and return to his exciting life in Africa. He is not about to let his sudden—and powerful—attraction to Tom persuade him to settle down—not after infidelity destroyed his own family. But adventurous Matt is exactly what Tom’s life is lacking, and Tom is determined to show Matt what could be between them. 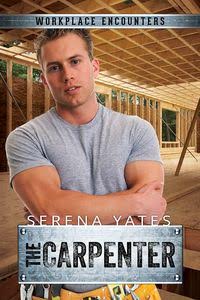 I love this series, the stories are such great concepts, and Serena can pack a lot of story and punch in with a novella length story!

Poor Tom, he is trying hard to save his family business, and then his (insert dirtiest word you can find here) brother comes back and throws his already troubled life into total chaos.

When Matt hires Tom to renovate his house it is the break Tom needs to get back on track, and the attraction to Matt is instant and all consuming, Matt feels the same way, but his lifestyle and the lessons he has learned about love have him resisting.

Can Tom convince Matt to give them a shot? If so will Tom's brother ruin his business, and his romance with Matt before it even really get's off the ground? You need to read this one people, it is one of my favorites in this series! Thanks Serena for a series that just keeps getting better and better! 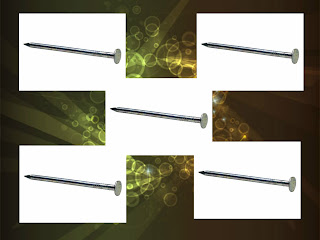 HAHA I HAD TO DO THE CHEEKY NAIL RATING, COULD BE LITERAL OR..... :) HERE IS THE DREAMSPINNER LINK (PSST IT'S ON SALE RIGHT NOW)


Tom put away his tools, neatly arranging the gouges, veins, and chisels into their individual pockets within the soft cloth he used to wrap and protect them. Cleaning up and depositing the tools into his tool box was a good way to step back from the job and start relaxing. When he was done, he grabbed the box and toured the house to make sure everyone was gone and all windows and doors were properly locked. To his relief, Tom found everything in order, and he quickly got into his car and drove home to the small house in Cimarron Hills his father had also left him.


Sometimes he wished there’d be someone else who cared as much about the company as his dad had. Especially after a week like this, with plans changing, clients calling him all the time, and last-minute emergencies. At least he’d gotten to work on the cabinets. That was all he’d ever wanted: to work with wood. It was his passion, and if he’d had a choice, he would have been a woodworker. Instead, his father had made him follow the three-year union-contractor apprenticeship program so he could be a carpenter. Now he only ever managed to assign himself the odd carpentry job. Most of his time was taken up with running the company, together with his business partner, Ken.


It wasn’t fair. He sighed as he pulled up to his driveway. Then his eyes widened. A man lounged near his front door, clearly waiting for him. Tom didn’t expect anyone, so he parked the car, got out, and carefully approached, keeping a close eye on the stranger. Except, the closer he got, the more familiar the guy looked.


No, that’s not possible!


“Derek?” He hadn’t seen his older brother in over five years.


“What…. How…?” Tom didn’t even know where to start. Wanting to hug his brother, the only immediate family he had left, was his first impulse. But with so much distance and rejection in Derek’s body language, Tom didn’t dare touch him.


“You didn’t think I’d come back, did you?” Derek sneered. “Thought I wouldn’t find out Dad left everything to you. I bet you wanted to keep it all to yourself. Well, think again. I did find out, even if it took my friends some time to get around to telling me, and I’m here now, so you better pay up.”


“Aren’t you even going to ask me in?” Derek frowned. “You’re not going to be difficult about this, are you?”


“What’s wrong with you?” Tom’s heart was beating a mile a minute, and his hands were trembling. But he managed to open the door and enter, Derek following on his heels.


“Nothing’s wrong with me, there never was.” Derek stormed through the hallway and straight into the living room, looking around as if searching for something. Or maybe he wanted to make sure everything was still in its place?


“Look, you were the one telling Dad and me you didn’t want us to come after you.” Tom was thrilled Derek had come back, but there was something really wrong about Derek’s words. He sounded demanding and bitter, as if he’d been the one wronged. Hell, his brother had left without a trace after their father had told him not to marry Simone because she wasn’t good enough for him.


“Well, I’ve changed my mind, okay?” Derek flopped down on the sofa, managing to look as if he owned it. “I’m Dad’s son just as much as you, so I figure I’m entitled to some of the wealth now that he’s dead. I’m here to collect.”


Tom wanted to yell at his brother for being so materialistic. He didn’t even care about the money so much, he just wanted his brother back. But this stranger sitting on his sofa and demanding money that wasn’t his—the will had clearly said so—scared him. What had happened to the big brother he’d adored growing up?


UGH, WHAT AN ASSHOLE RIGHT? WELL YOU AIN'T SEEN NOTHIN YET! GRAB THIS ONE FRIENDS, YOU WILL LOVE THE BOOK AND HATE A BROTHER ;P THANKS FOR JOINING ME FOR MY REVIEW OF 'THE CARPENTER' SEE YOU SOON!

at June 17, 2015
Email ThisBlogThis!Share to TwitterShare to FacebookShare to Pinterest