HEY THERE FRIENDS, BOY DO I HAVE ONE TO LIFT YOU OUT OF THE DOLDRUMS TODAY! BEST LAID PLANS BY WILLA OKATI IS A LITERARY BREATH OF FRESH AIR I CAN'T WAIT TO TELL YOU ABOUT! I HAVE MY REVIEW, LINKS, AN EXCERPT, AND AN AUTHOR BIO AND LINKS FOR YOU, SO LET'S GET STARTED! 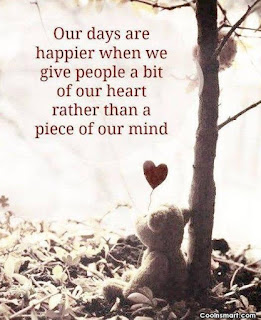 OH MY, YES THIS QUOTE IS PERFECT ;P! HERE IS MY REVIEW:

Teddy and Jefferson get along like a house on fire. Literally. Jefferson’s a serious-natured soccer star, and Teddy was born to party till the wheels come off. Oh, they might have jerked it a few times thinking about each other, but they’ll burn this mother to the ground before they ever get along. The only thing they have in common are their friends—Jefferson’s buddy Emmett, and Teddy’s BFF Noelani. Emmett’s just blown all his savings on a house near campus, and he needs tenants to help make the monthly payments. That’s where Teddy and Jefferson come in. Hey, anything’s better than the dorms.So far so good. Until Noelani’s former fiancé Beau—also Emmett’s former best friend—rolls back into town. Panicked over the return of their old feelings for the rough-riding badass, Noelani and Emmett decide the only sensible ‘save’ is to get married. Of course. Teddy and Jefferson both know that’s a bad idea, and that those two are going to need their friends more than ever. That means only one thing: no choice but to raise the white flag and join forces.Pros: free rein for sexual hijinks in the name of ‘getting along’. Cons: Easier said than done. Despite it all, Teddy and Jefferson are also discovering that they have more fun fighting with each other than they would kissing anyone else. Maybe—maybe—they're falling in love. But when Beau reveals the real reason for his return and everything turns topsy-turvy for everyone involved, is their new alliance strong enough to save the day? 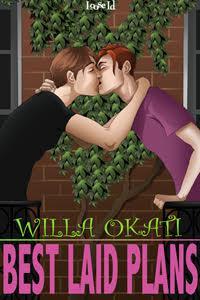 Oh my how I love this book! I was riveted from page one, and I had a hell of a good time reading it! Teddy is one of a kind for sure, he would try the patience of a saint, but he is so darn delightful, and he and Jefferson at each others throats, is a riot and a half!

Teddy moves in with his best friend Noelani and her boyfriend Emmett, only to find out that Jefferson, a friend of Emmett's and the sum total of all things that drive Teddy crazy, is moving in also. Well just call me a peach and put me in a cobbler, we can already tell this is gonna be a wild, and funny ride!

Things are going relatively well (no one has ended up in a body bag, so score!!) when Noelani's former fiance, and Emmett's former best friend Beau comes back into town! Uh with a capital OH, things are gonna get crazy, especially when the real reason for Beau being in town comes to light!

You will love this book, you will giggle, chuckle and all out howl with laughter, and you will pick up new favorite phrases, I know I did, dudebro is my new favorite word! Willa went above and beyond to tickle your funny bone and at the same time give to a wonderful read, and boy did she do that and then some!

Come along with Teddy and Jefferson as they work through their relationship until they just may get to where they needed to be all along! Thanks Willa for a delightful book that lets us escape into laughter and a wonderful read if just for a little while! 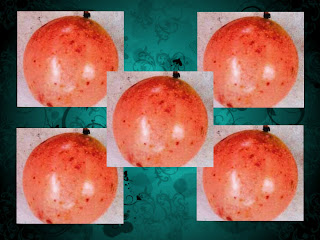 I DID THE PASSIONFRUIT RATING IN HONOR OF THE WAY SOMEONE SMELLS ;), YOU WILL SEE! HERE ARE THE LINKS:

GRAB THIS BOOK FRIENDS, YOU AND YOUR FUNNY BONE WILL BE GLAD YOU DID! HERE IS AN EXCERPT FOR YA!

Teddy shifted his weight from one narrow hip to the other and tugged his robe more closely around himself before giving Jefferson a wary look. “Did you need something?” Jefferson bit back the a clear path to my room that wanted to come out, because come to think of it, there were more important questions to ask. He leaned more heavily on the banister—seemed secure enough. “Any idea where Emmett and Noelani went?” “Hubba Cuppa. On the east side of campus.” Okay, specific. “How do you know that?” “I asked them. Funny how much you can learn that way.” Teddy spun the jar lid closed on his lotion. Still didn’t move. “They need to talk this out. If you’d just let me try and stop them—” Jefferson dug in his heels too. “Explain.” “Excuse me?” Teddy touched one hand to his chest. Before the pretty boy could get redheaded about it—again—Jefferson put his foot down. “What the hell is the deal with Beau? I never actually met him. All I know is he and Emmett used to be friends before he dropped out, but that’s all. You say his name like he’s the Antichrist, and I missed the memo. Explain.” “Oh.” Teddy’s cheeks pinkened slightly. He fussed with the edges of his robe and fidgeted. What, did he have to pee or something? At least he gave Jefferson his answer first. “Beau was before your time. I forgot that. Cliff’s Notes version—he and Noelani were freshman-year sweethearts. I liked Beau when I first met him, but the more I got to know him, the more I didn’t think he was good enough for her.” Jefferson tapped his chin. Useful information so far, but he doubted Teddy thought Emmett was good enough for Noelani either. “Why?” “A few reasons. He wasn’t the kind of guy you could count on. Always looking at the greener grass on the other side of the fence.” “Other girls?” “Only if you count his guitar.” Teddy stood, one hand at the top banister railing in mirror of Jefferson at the bottom. “Beau got it together long enough to propose, and then he took off for parts unknown without even saying good-bye. She’s better off, and she never, ever lets anyone see her hurting, but it broke her heart. Emmett’s too. They were as close as brothers. But Noelani… You know, the worst part is that if he showed back up tomorrow, I’m not sure she’d turn him away. He’s her Achilles heel.” Huh. Jefferson gnawed thoughtfully at his lip. “Okay, but I don’t get why that makes it a bad thing for Emmett to stake his claim. Wouldn’t that make sure Beau knew she’d moved on, gotten over him, and that he should keep his hands off?” Teddy’s mouth opened. In silence. Jefferson did a double take. Was he seeing that right? “I didn’t think of it that way,” Teddy said at last. The pink in his cheeks had deepened to a brilliant cranberry red. He collected his jar of cream in such a hurry that he nearly spilled its contents. “I’m in your way. Sorry. Excuse me, I’ll just—” He fled, leaving Jefferson blinking at the foot of the steps, awash in a cloud of pink passionfruit and flowery lotion. Wait. What the hell?

SEE WHY I DID THE PASSIONFRUIT RATING? HERE IS A BIO FROM WILLA AND SOME SOCIAL LINKS:


A multi-published author of GLBT fiction since 2004, my work is the love of my life.  I can’t imagine anything better than writing sensual love stories with a dash of quirky humor.  Stories about tough men, sweet men, Yaoi lovers, cowboys, boys next door, friends who become lovers, polyamory — and so much, much more.
You can find my books at Totally Bound, Loose Id, and at Amazon.
Drop me a line any time, or say hello on Facebook! I’d love to hear from you.
THANKS FOR JOINING ME FOR THIS SPOTLIGHT MY FRIENDS, AND THANKS WILLA, FOR A WONDERFUL BOOK, YOU GOTTA GET IT IF YOU HAVEN'T FRIENDS!

at June 11, 2015
Email ThisBlogThis!Share to TwitterShare to FacebookShare to Pinterest