HELLO FRIENDS, I HAVE ANOTHER AWESOME BOOK FOR YOU TODAY! RIGHT AS RAIN; HIDDEN LAKE 2 BY FREY ORTEGA! (I MAY OR MAY NOT HAVE BUGGED HIM ABOUT WHEN THIS ONE WAS COMING OUT CAUSE I LOVE THIS SERIES SO MUCH!) ;P I HAVE MY REVIEW, THE BUY AND GOODREADS LINK, AND EVEN AN EXCERPT FOR YOU, SO LET'S GET TO IT: 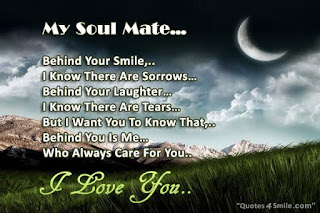 YES! LOVE THIS QUOTE FOR THIS STORY! HERE IS MY REVIEW!

For Langley Day, mating the alpha Aiden Macmillan is just the tip of the iceberg: there are more forces at play than meets the eye. At first, there’s Aiden’s reluctance into the mating, but there are also problems from the past as well as the future that they both have to meet head on.
Aiden’s past is filled with secrets that could shatter Hidden Lake pack itself, not to mention his concern for werewolf lore, where mates of an Alpha turn into an Omega. Aiden doesn’t want anything to happen to Langley, let alone something that could endanger his life, especially because of Langley’s youth and inexperience. Upbeat, effervescent Langley, however, couldn’t care less.
From psychotic people who think they have a say in Aiden and Langley’s life to a war right on the streets of Hidden Lake itself, Aiden and Langley will have to trust each other and fight for the day their lives finally become Right as Rain. 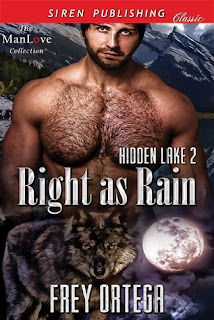 Yay, is the first word that comes to mind when I think of this book, I was so excited for Aiden and Langley's story, and of course Frey delivered and then some! This is a series that you will fall in love with for sure, and this book just shot to the top of my 'Re-read A Lot' list!

Aiden is hesitant to mate Langley, even though there is no doubt that they are destined mates. Aiden wants to keep Langley safe, and he has ghosts in his past that aren't safe at all! Can Aiden ignore the desires of his heart and soul, or will his passion and want for Langley win out?

Langley is a great guy, young and energetic, and he loves his status as the mail carrier for hidden lake, but what he loves more it seems, is Aiden. Can he make Aiden see that they are made for each other, and no matter what they have to face they will face it together?

Mating won't end their problems, as it just presents new ones, can these two men keep each other safe and well while keeping their pack safe as well? Oh friends, you gotta get this book, these questions and more will be answered when you read it!

Thanks Frey, for giving your heart and soul with every book, and making them all wonderful and bound for the Re-read A Lot List! 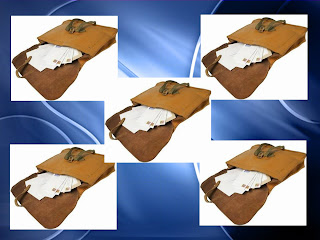 I HAD TO DO THE MAILBAG RATING IN HONOR OF SWEET LANGLEY! HERE ARE THE LINKS:

NOW IS AN EXCERPT FOR YOU TO ENJOY (AND BOY WILL YOU ENJOY IT ;P)

“If I touch you, Langley, I don’t think I’ll be able to stop.” Aiden said. His voice became huskier, rougher and more guttural as his hands slowly rubbed up and down Langley’s shoulders, down his forearms and finally to his hands, clasping them together. “And I don’t know if I’m ready to be addicted.”
“It’s kind of too late to say that now, isn’t it?” Langley whispered as he drew ever closer to Aiden’s body, pressing their chests together and making the office chair lean back. Langley could feel Aiden strain to keep his feet planted on the ground. The tensing of the man’s muscles, all the way from his shins to his thighs, was apparent even to Langley, who was just sitting on top of him. “Because all I know is that I’ve been thinking of you for the past few weeks, trying to figure out why you pushed me away. I think it’s safe to say I’m addicted to you already. By the way, I forgive you for leaving me in the lurch like that.” Langley grinned.
Aiden smiled softly. “Thank you, Langley.” He said, just his touch becoming firm as he placed his hands on either side of Langley’s waist. “But you’re right. I can’t stop now.” Those hands traveled down to Langley’s shorts, unbuttoning them and then quickly removing them from the younger wolf’s body, throwing them to the side. “Now I want to feel every little part of you.”
Langley’s cheeks turned just slightly pink. He had gone commando, and as Aiden saw Langley’s half-erect shaft bob slightly, the alpha’s grin widened and a twinkle appeared in his eyes. But even as he felt a slight sense of embarrassment permeate inside of him, he could also feel a sense of need that strengthened all the more as he looked at that mischievous twinkle in Aiden’s eyes.
Langley’s pecker twitched underneath Aiden’s gaze, and Langley couldn’t help but slowly take one of Aiden’s hands, guiding Aiden’s calloused fingers up his smooth, supple thighs, towards the softness of his pelvis, and then curling around the hairless base of his shaft.
And there, inside Aiden’s heat and his palm, did Langley’s cock grow to full length.
“Well, this isn’t really a little part at all, isn’t it?” Aiden said, breathing heavily against Langley’s ear. Aiden’s hands simply curled around Langley’s shaft, slow and gentle at first but then the grip tightened until Langley could feel the ache permeate from around the base of his shaft all the way through his body.
Langley gasped. His fingers curled, gently pressing into Aiden’s biceps. Rocking his hips forward and back, trying to buck his hips into Aiden’s touch, Langley’s eyes closed. This was bad. He’d originally set out to try and seduce Aiden, and it seemed that the man was seducing him. Langley knew he needed to take matters back into his own hands.
First, he needed to lower Aiden’s inhibitions. Langley grinned. It almost seemed like he was planning something rather nefarious, when really, all he wanted to do was make Aiden feel a little bit of payback for making Langley feel as though he was going to be thrown aside.
Gently nudging himself away, Langley pulled himself off of Aiden’s lap, settling down to his knees in front of his mate. Methodically, Langley had begun to unbuckle the man’s belt, as well as unzip and unbutton his pants simply to reveal what was underneath. Aiden didn’t seem to be doing anything in response. His hands grabbed ever tighter at his armrests, but otherwise, he was breathing deeply and staring into Langley’s eyes.
OH YEAH, YOU KNOW YOU GOTTA GET THIS ONE FRIENDS, YOU WILL BE SO GLAD YOU DID! THANKS FOR JOINING ME FOR MY REVIEW OF RIGHT AS RAIN!

at May 31, 2015
Email ThisBlogThis!Share to TwitterShare to FacebookShare to Pinterest