HI friends, remember when we brought you this awesome cover and summary to Stars Fall, by Louis J. Harris? Well he has tweaked the cover a little, and it looks amazing, so we wanted to bring it to you again along with the excerpt he has been so gracious to provide us! We Will start with the summary again, and then the updated cover and excerpt, we know you will enjoy as much as we did!

Keegan Mansfield is the star of the track and field team and he's destined for Rio 2016. But there are problems; he's lost, lonely and a social outcast. You see, Keegan Mansfield is a bilateral amputee. A T44 Paralympian whose life is filled with false friends and dysfunctional parents. What will it take to change his world? Love? Honour? Trust?
Conrad Smith is a fine able bodied athlete, he runs for the same team and saves Keegan from a potentially violent incident.  Conrad believes in Keegan. Falls in love with him. Then breaks his heart.   Keegan switches to survival mode, but will he ever forgive Conrad? And when tragedy strikes like a lightning bolt from heaven, will Keegan continue his Olympic dream?  Only Keegan can change his world for the better, and he knows that if he doesn't do so soon, his Olympic dream will be in vain. 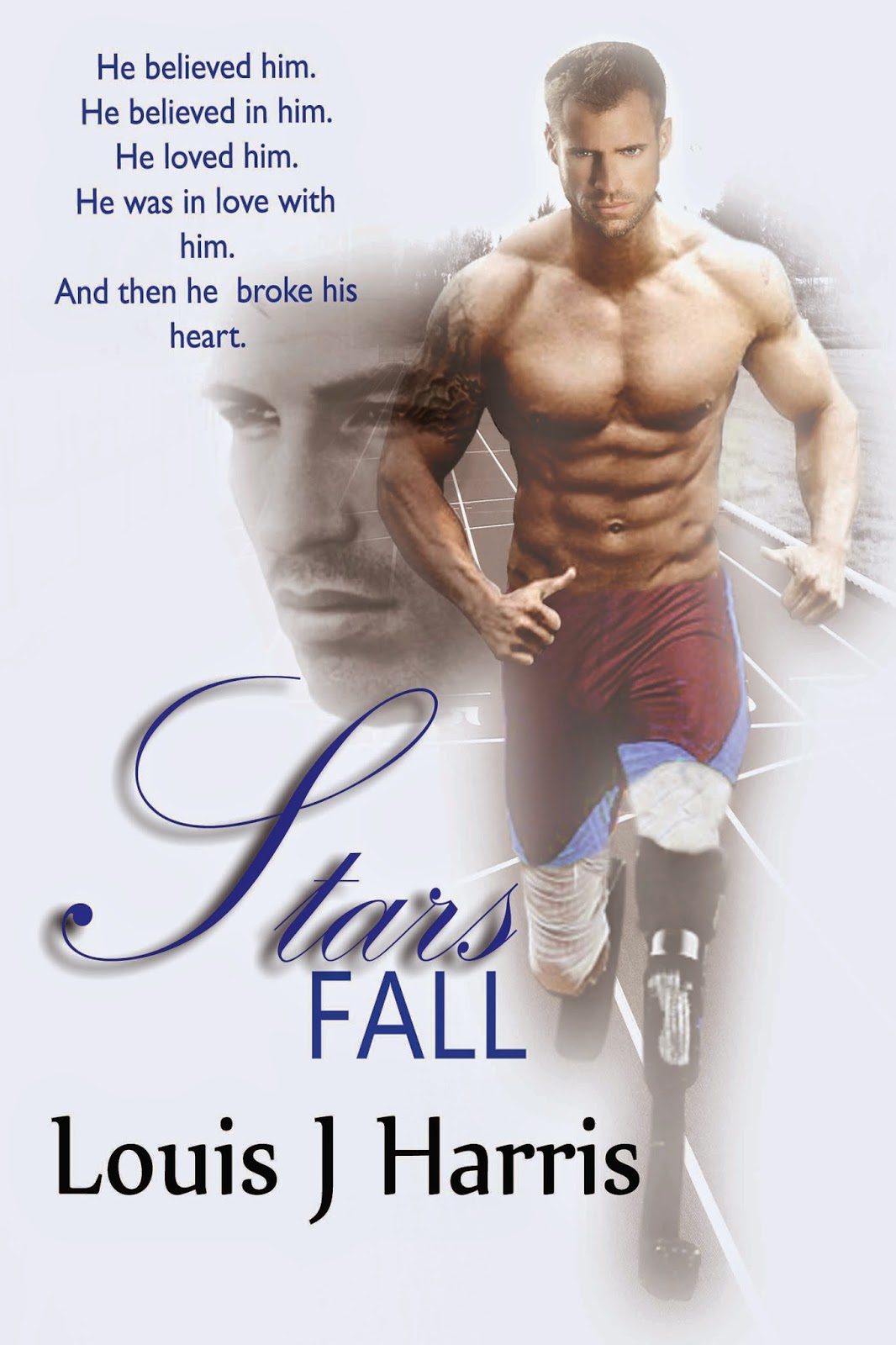 Earlier on during the day, after a track event, Keegan is bullied and beaten by his nemesis, a guy called Marx. Marx won the race, and Keegan came in second place. According to Marx, athletics has no room for losers and queers.  Keegan has yet to understand that he is gay.  He has never slept with a man, nor a woman.  He looks at men, loves their hardness, but being a bilateral amputee, he can never hold onto a relationship, or so he thinks. Conrad saves Keegan from being beaten to a pulp by Marx and he invites Keegan for dinner.

at October 30, 2014
Email ThisBlogThis!Share to TwitterShare to FacebookShare to Pinterest