RELEASE DAY BLITZ AND REVIEW POST 'OF SUNLIGHT AND STARDUST'

HELLO FRIENDS, BOY AM I EXCITED ABOUT THE RELEASE BLITZ AND REVIEW POST FOR TODAY! RILEY HART AND CHRISTINA LEE HAVE GIVEN US AN AMAZING STORY THAT YOU WILL NEVER FORGET IN 'OF SUNLIGHT AND STARDUST'! LOOK BELOW FOR BOOK INFO, MY REVIEW, AND EXCERPT AND MORE INCLUDING A GIVEAWAY! LET'S GET STARTED:

ISN'T THIS COVER AMAZING! JAY AHEER'S COVERS ALWAYS ARE THOUGH! HERE IS THE BLURB AND MY REVIEW:

Blurb
After the death of his wife, Tanner Rowe takes a step toward making her dream come true and buys the house with the dilapidated barn she’d been inexplicably drawn to in the picturesque Upper Peninsula. But after a year, he still can’t get past his grief long enough to make the repairs he’d promised.
Recently out of prison, Cole Lachlan has little to his name. Homeless, broke, and without many options as a felon, Cole heads to Red Bluff with hopes of a second chance. There, he meets Tanner, whose loneliness mirrors his own and soon, Cole is trading room and board for rebuilding the burned-out barn on Tanner’s property that hasn’t been touched in seventy years.
Turns out, the barn holds a lot more secrets than either of them could have imagined. After unearthing a hidden journal from 1948, Cole and Tanner spend their evenings poring through the pages and reading about a young man pining after his best friend. As they delve deeper into this forbidden affair from the past, the more Cole and Tanner’s own relationship shifts—from acquaintance to friend…to undeniable attraction.
But as they begin to deal with the newness of falling in love amid Cole’s past and Tanner’s loss, they also become more determined to unravel the mystery of the young lovers who’ve captured their hearts, the rumors about the fire, and what really happened that fateful night. 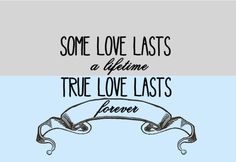 TRUST ME, THIS QUOTE IS PERFECT FOR THIS BOOK: HERE IS MY REVIEW:

I am so in love with this story it isn't funny! Riley Hart and Christina Lee have outdone themselves with the story of Tanner and Cole, but that isn't the only love story you hear about in this book!

Tanner has lost his wife and has pretty much given up on life but he must keep his promise to Emma and purchase her dream home. Little does he know what impact buying that house will have on his life!

Cole has had a hard time of it since he left prison, but he isn't one to give up or take charity, so when a job offer comes Cole can't pass it up, but his life will change forever as well.

Strange things start happening as Tanner and Cole find a very old Journal that leaves them with more questions than answers, but do they want the answers at all?

This is a story of redemption, love earned and needed, and most of all, the fact that when love is real it can outlast anything! 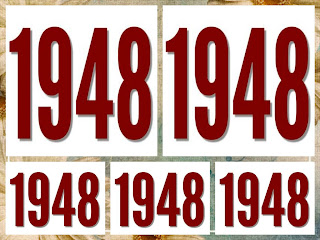 I DID THE 1948 RATING FOR A VERY GOOD REASON, GRAB THE BOOK FROM THE LINK BELOW AND FIND OUT WHAT IT IS:

CHECK OUT THESE SEXY TEASERS AND AN EXCERPT!

Excerpt
Every so often, Tanner found his eyes drawn back to the window. With the exception of a small lunch break, Cole didn’t stop working. He might not know much about building a barn, but the things Cole was doing now he could help with. There was no reason he couldn’t clean or haul debris to the truck. He didn’t for a couple of reasons. First, this was what he’d hired Cole to do. It might have only been a short amount of time, but Tanner knew Cole well enough to know he wouldn’t feel as if he was earning his keep if Tanner helped too much. But also, even though he’d promised Emma he’d follow her dream for them, part of him resented it because it hadn’t been his dream, it had been hers. They were supposed to do it together, and now she was gone and he was here, with a man he didn’t know, trying to make it happen.

Those thoughts made him an asshole, he was pretty sure, but they were true.

He was lonely, Christ, he was lonely. He’d almost asked Cole to share lunch with him earlier, but his phone had rung instead. He didn’t know why he kept himself from talking much with Cole. He was an interesting man, and obviously well read. He had a pride about him that Tanner respected. It intrigued him. They had common ground, so why was he resisting? Their arrangement was temporary and a working relationship. It wasn’t as if any harm could come from it. It would give him someone to talk to until Cole was on his way.

That’s the man I know, Emma’s voice whispered in his head. He was beginning to worry he was going crazy. He heard her more often than was probably healthy. Not just memories either, but moments like this one, where it was almost as if she was talking to him. Logically, he realized it was just that he knew Emma, knew what she would say and how she would feel, but it was also concerning.

Tanner continued working until he reached a good stopping point, then went downstairs.

He was craving spaghetti and meatballs, which usually wasn’t one of his favorite meals. Since he had ground beef in the fridge, he washed his hands and started dinner. He sautéed the meatballs while he got the sauce going. An hour later he had the meal ready, complete with a salad. He went to pluck a plate from the cabinet to fix some up for Cole, then paused.

What’s it going to hurt, Tan?

He closed his eyes, pursed his lips because a part of him wanted to answer Emma. It would make him feel closer to her. But he didn’t. Goddamn it. He put the plate away and made his way outside.

Cole was standing by the truck, with his shirt off. Beads of sweat rolled down his sun-kissed skin, over the tattoos on his arms. Did they mean anything? He found himself wondering. He didn’t have any himself. Wasn’t sure what he would get if he ever decided to get one.

Tanner’s eyes darted away when Cole turned around to look at him. He figured that was silly and glanced back to see Cole’s brows pulled together.

He saw Cole’s eyes lower to his hands since he usually carried the plate out.

“It’s hot as hell. Figured you could eat in the kitchen with me, if you’d like.”

Again, he averted his gaze, this time looking toward the barn. Did Cole not want to share a meal with him? Would he prefer to eat alone in a half-burned barn?

“You don’t have to if you don’t want, of course. I just thought—”

“No, no,” Cole interrupted. He had a slightly raspy voice that was unique to him. “It’s not that. It’d be nice to eat inside, enjoy the cool house. But I don’t want to take advantage of your hospitality.”

“You’re not,” Tanner replied. Really, what in the hell had he done for Cole? He wasn’t very hospitable at all. He was paying him for work.

“Okay,” Cole replied. “Let me get my things. And I should shower first. I’m awfully sweaty.”

I'M TELLING YOU FRIENDS, YOU WILL ADORE THIS STORY, AND YOU MAY WANT TO GRAB A FEW TISSUES TOO! BELOW ARE THE AUTHOR BIOS AND SOCIAL LINKS FOR RILEY AND CHRISTINA, CHECK THESE LADIES OUT, THEY ARE AMAZING!

Riley Hart is the girl who wears her heart on her sleeve. She’s a hopeless romantic, a lover of sexy stories, passionate men, and writing about all the trouble they can get into together.
She loves reading, flawed characters, and hanging out with her husband and children, who she adores. She and her family live in Southern California, soaking up the sunshine while also missing seasons. Not a day goes by that she isn’t thankful she gets to wake up and do what she loves.
Life is good. Riley also writes young adult and new adult under the name Nyrae Dawn.
Facebook
Website
Blog
Twitter
Newsletter

Once upon a time, I lived in New York City and was a wardrobe stylist. I spent my days shopping for photo shoots, getting into cabs, eating amazing food, and drinking coffee at my favorite hangouts.
Now I live in the Midwest with my husband and son—my two favorite guys. I've been a clinical social worker and a special education teacher. But it wasn't until I wrote a weekly column for the local newspaper that I realized I could turn the fairytales inside my head into the reality of writing fiction.
I write Adult, New Adult, and M/M Contemporary Romance. I'm addicted to lip gloss and salted caramel everything. I believes in true love and kissing, so writing romance novels has become a dream job.
FACEBOOK
TWITTER

THANKS SO MUCH FOR STOPPING BY FOR MY RELEASE BLITZ POST OF OF SUNLIGHT AND STARDUST! DON'T FORGET TO GRAB THIS BOOK OR READ IT ON KU, AND ENTER THE GIVEAWAY BELOW BEFORE YOU GO! SEE YOU NEXT TIME:

at September 21, 2018
Email ThisBlogThis!Share to TwitterShare to FacebookShare to Pinterest