HELLO FRIENDS, TODAY I HAVE MY RELEASE DAY BLITZ POST OF SNOW FALLING BY DAVIDSON KING AND I HAVE TO SAY THIS BOOK (AND COVER) IS STUNNING! LET'S TAKE A LOOK AT MY REVIEW AND MUCH MORE, INCLUDING A GIVEAWAY!

BLURB
After running from a past destined to kill him, Snow has been hiding on the streets.
Tell nobody your name.
Tell nobody your secrets.
Trust nobody!
These are the rules of the streets.
His entire life changes when he saves an eight-year-old boy from a violent end.
Christopher Manos is one of the most powerful crime bosses in the country.
Don’t ask anyone to do something you aren’t willing to do yourself.
Secrets can get you killed.
Trust nobody!
These are the rules he lives by.
When his eight-year-old nephew disappears, he never expects the boy’s savior to end up being his own.
A man with a dangerous past and a man with a dangerous future find love amidst murder and mayhem. But with Snow's life being threatened at every turn, will Christopher's best be enough to prevent Snow Falling? BOY DOES THIS QUOTE APPLY TO THIS STORY: HERE IS MY REVIEW:

Oh the feels in this book!I knew I would love Snow when we first meet him, but believe me, that love and admiration grows over the course of the story!

Snow helps out a little boy, even though it means making a pact to do something he loathes to have to do. He saves that little boy, but who will save Snow?

Christopher is a known and feared crime boss, he is afraid of nothing, until his nephew is lost. When he gets him back, he also gets something he never expected. Snow comes tied to a world of dark secrets, when they get unearthed can these men handle it?

I am so in love with this story, but I can't tell you more and spoil it, all I will say is this book will give you feels for days, and you will love every second of it! 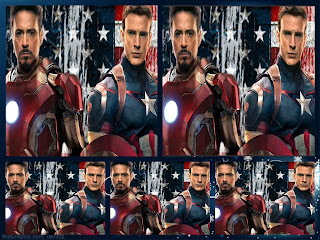 YES I DID THIS RATING FOR A REASON, AND BOY IS IT CUTE! GRAB THE BOOK NOW AND FIND OUT WHAT IT IS!

EXCERPT
I should have known I wouldn’t get far. Frank grabbed my arm. “He’s not my kid. His pop will very much want to speak with you. Something tells me if you walk out that door, you’ll disappear, and I don’t have time to go lookin’ for you. So, I think you’ll come with us for now.” His firm tone made it clear it wasn’t a question.

When I looked around the police station, I was shocked that no cops were interfering in what was clearly a kidnapping. I shouldn’t have been too surprised. After all, in my book, police didn’t have a very good track record for doing what was right.

“Stranger danger!” I yelled, which just made Simon laugh.

“No, Snow, we aren’t strangers anymore. You come home and my pop will protect you. That’s what he does.”

Who the hell was his pop? Surviving was a lot about picking your battles. Looking around the precinct, it was obvious my choices weren’t going to win out. Frank and his goons weren’t going to let me pass. On the off chance I got away, then I’d have Roy and these guys chasing me.

If the limo wasn’t a huge giveaway that Simon’s pop was disgustingly rich, the enormous mansion with the iron gate was. Two large Ms were worked into the iron. The house had a medieval look about it. A fountain of fear was on display in the middle of the circular driveway, some sort of gargoyles spitting water out of their mouths… or was it their eyes? Gray stone, iron, and darkness made up this house. Whoever this guy was, he wasn’t just rich, he was powerful. Leaning over, I whispered in Simon’s ear, “Is your pop Tony Stark?”

Christopher Manos? Oh, son of a bitch. At least Iron Man was on the right side of justice.

“Come on, Snow, you can meet my pop!” Simon grabbed my hand and pulled me out of the limo with all his might. When we came to the stone steps and I looked up, I came face to face with not only the most dangerous man in this city, but the most gorgeous. He was broad, and I could see the muscles in his arms and legs even through his expensive suit. He had midnight black hair and obsidian eyes. There was no doubt he and Simon were related.

“Pop!” Simon ran into his arms. The man didn’t miss a beat. He scooped Simon up without ever taking his eyes off me. “That’s Snow. He saved me.”

“Mr. Manos, it’s a pleasure to meet you. I’ll have you know, I didn’t want to come here. I was forced. You have a beautiful home and a great kid and if you just let me go, I’ll happily walk home.”

He stared at me coldly. “You don’t know my home is beautiful, you haven’t seen it. Let’s rectify that. Come in.” He turned and walked inside. The nudge from Frank was likely the only encouragement I’d get.

I REALLY CAN'T WAIT FOR YOU GUYS TO READ THIS STORY! LET'S LEARN A BIT ABOUT THE AUTHOR!

Davidson King, always had a hope that someday her daydreams would become real-life stories. As a child, you would often find her in her own world, thinking up the most insane situations. It may have taken her awhile, but she made her dream come true with her first published work, Snow Falling.
When she’s not writing you can find her blogging away on Diverse Reader, her review and promotional site. She managed to wrangle herself a husband who matched her crazy and they hatched three wonderful children.
If you were to ask her what gave her the courage to finally publish, she’d tell you it was her amazing family and friends. Support is vital in all things and when you’re afraid of your dreams, it will be your cheering section that will lift you up.
Facebook: https://www.facebook.com/DavidsonKingAuthor/
Twitter: https://twitter.com/DavidsonKing11
Instagram: https://www.instagram.com/davidsonkingauthor/?hl=en
Goodreads: https://www.goodreads.com/author/show/17286464.Davidson_King

THANKS SO MUCH FOR JOINING ME FOR MY RELEASE DAY BLITZ OF SNOW FALLING, ENTER THE GIVEAWAY ABOVE BEFORE YOU GO AND I WILL SEE YOU TOMORROW FOR DAY 8 OF OUR HOLIDAY BOOK REVIEW BLITZ! 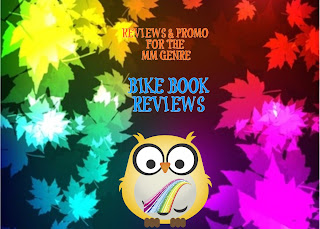 at November 28, 2017
Email ThisBlogThis!Share to TwitterShare to FacebookShare to Pinterest