WOLF OF THE NORTHERN STAR BLOG POST STOP AND REVIEW!!

HEY GUYS, BELOW IS MY BLOG TOUR STOP FOR WOLF OF THE NORTHERN STAR: THE WOLFKIN SAGA 2 BY SJ HIMES, AND IN ADDITION TO A GIVEAWAY, EXCERPT AND MUCH MORE, MY GIRL GRACE REVIEWED THIS AMAZING BOOK FOR US, SO LET'S GET STARTED!

Ghost, once known as the cub Luca, is finally home. Back among his kind and learning what it means to be both a man and a shaman, Ghost battles the expectations of his people, his family, and the pressures of a society that is both foreign and familiar. His power is greater than any seen before, dwarfing that of even the legendary Shaman Gray Shadow—and his union with Kane places him in the center of a controversy that rattles wolfkin society around the world.

Kane, greater alpha and Heir to Black Pine Clan, has finally defeated the traitor and murderer that destroyed the heart of Black Pine years before. Freed at last from guilt and pain, Kane has a new enemy to face: his own people. Placed on trial for violation of Law and blasphemy, Kane will have to fight to the death to preserve his bond with Ghost and keep his mate and people safe.

The soulbond between Ghost and Kane is forged by the creator and Goddess of the wolfkin. Usually, a sacred and treasured union that honors the pair and their clans, this soulbond is seen not as a gift, but a threat to eons of tradition and Clan Law.

The union of a Shaman and Alpha is anathema—but how to reconcile that belief when it is the wolfkin Goddess who forged it? Can Ghost and Kane save themselves, preserve their bond, and find a new future when the laws of the ancient past threaten to tear them apart?

*This book is part of a series and should not be read as a standalone. Prior books should be read to understand content. 104,000 words*


NOW FOR GRACE'S AWESOME REVIEW OF WOLF OF THE NORTHERN STAR! 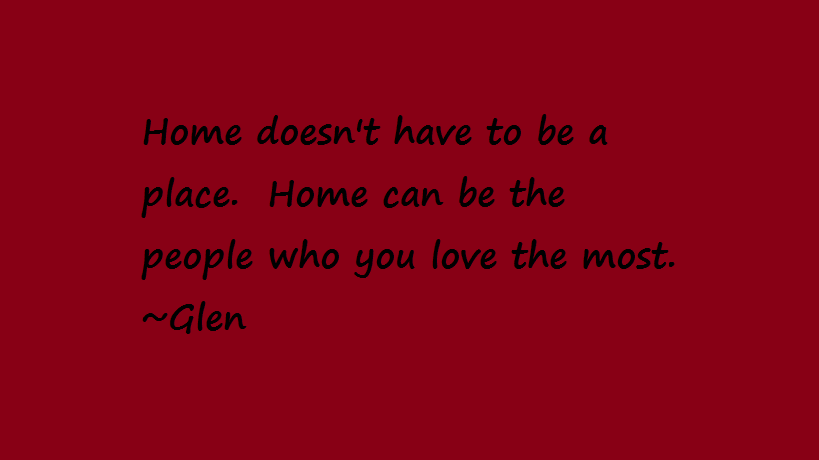 In part 1, Ghost and Kane are tested, time and again, by those who should be upholding the sanctity of a true Soulbond.  Ghost struggles with memories of Luca and with how so many of the clans’ members are out of touch with their Goddess and wolf sides.  Poor decisions based on human jealousy and pride are made by the Greater Clan Leaders and their Shamans, and Ghost and Kane are forced to deal with the consequences.
In part 2, Ghost and Kane are back with Clan Black Pine and must find not only Gabe’s family, but the hybrid and the soulless wolf, and destroy the evil wrought by Remus once and for all.
This is one of those books that I end up re-reading because there is so much and I don’t want to miss anything.  One of the signs of a truly wonderful book is when the characters, both MC and supporting, are fallible and sometimes do some seriously stupid things, but you love them all the more for it.
Ghost is not one for the human trappings and finds it difficult to understand how the wolfkin have moved so far from their wolf sides.  He deals with the frustrations, too, of their apparent inability to listen and hear their Goddess even though he knows she is with them, everywhere.  Even so, Ghost is still learning how to walk and exist in his human skin.  While he is extremely powerful and innately good, he is also a bit like a teenager in how he reacts to others.  It is wonderful watching him with those who love him as they try to help him understand how to interact with his new clan.
Kane is an amazing alpha.  His ability to love and care for Ghost, putting him first even through the hardest of trials, makes him a favorite.  But, it’s his willingness to truly listen to Ghost and take his counsel, when he doesn’t always understand why, that makes him truly outstanding.  He puts his people first, giving them room to grow and learn while still protecting them, and isn’t that what all true leaders are supposed to do?
The supporting cast is just as phenomenal as the main characters and they turn this book from an amazing story into an outstanding work of art.  I could spend several paragraphs discussing all of them but I will say only this.  The group that surrounds Kane and Ghost are truly dynamic in and of themselves and so many could very easily be the main characters in their own beloved books.  I’m into my third reading and I find I am still crying, laughing and not wanting to put it down.    This book is the best book I’ve read in 2017 and I am amazed at the author’s ability to show in depth growth and changes of the characters while maintaining the core strength and values within the book.  If you haven’t read Wolves of Black Pine (book 1) or Wolf of the Northern Star, what are you waiting for?
Rating: 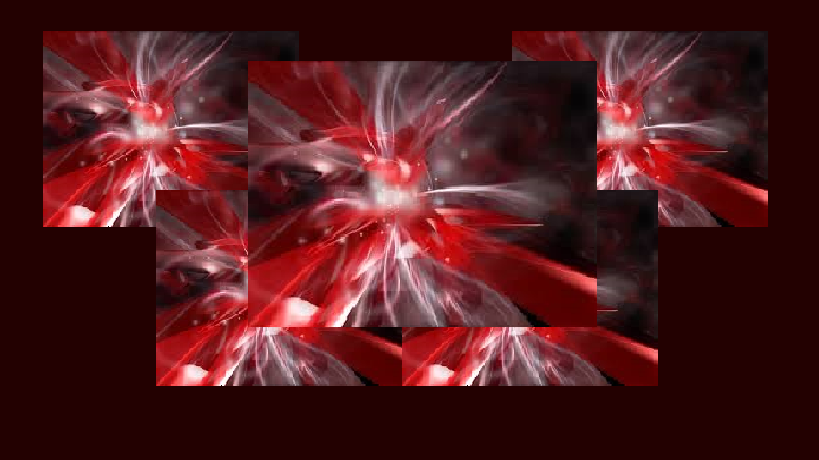 This book receives a 5 Infinite SoulBond Rating.  The SoulBond that Ghost and Kane share is infinite in its love and strength.

I TOTALLY AGREE WITH GRACE, THIS BOOK IS AMAZING AND YOU SHOULD BUY IT RIGHT NOW USING THE LINK BELOW :)

Find The Wolfkin Saga on Goodreads

“Where have you been? With your mate?” Glen asked, and Ghost grumbled.

“Been running around the mountain all night long, thinking. Being a man is hard. How do you do it?”

Glen snorted out a laugh. “Practice.” He nodded at the blanket, and Ghost sighed loudly.

Ghost sat up, wrapping the quilt about his hips. He threw himself back down almost immediately, and Glen found himself unable to resist the plaintive whine that came from his pretty lips. Glen was as straight as they came, but even he could acknowledge the sheer beauty of the human form of his wayward wolf. Ghost was beautiful, inside and out, and yet he had a shade of sadness hovering about his expressive silver eyes. He walked around the couch and paused as Ghost scrambled out of the way long enough for him to sit down. A bare second later he had an armful of lean youth and wiggling limbs.

Ghost curled up in his lap like he used to as a pup, though it was different now, as Ghost was not a wolf anymore. Glen heaved out a groan in complaint, but let Ghost hide under his chin and snuggle. He hugged the boy to his chest, and they both relaxed, adjusting easily enough to the new dynamic.

“They put Kane in a cell in the woods yesterday. And they want to destroy our mate bond.”

Glen could recall only two times in his entire life he ever got angry enough to kill. Once was back in college when he tore a drunk frat boy off a cussing and furious redhead who then proceeded to wallop her attacker. The other time was when he rescued a malnourished wolf-hybrid from a careless and ignorant suburban family in the outskirts of Toronto, the poor thing starved near to death and skeletal thin. As he did then, he ran his hands over the back of a young wolf’s head, and said, “Everything is going to be okay.”

Glen managed to hold onto his temper, but it was a battle. The youngling needed a shoulder to cry on, a place to relax his guarded emotions, and Glen would be that safe place for him.

“I wanted to come home more than anything,” Ghost whispered, pressing his face into Glen’s chest. “But nothing good has come of it. They think me damaged, weak. Vulnerable.”

“We both know you are not damaged or weak. I don’t think I would have survived fifteen years locked away in the body of a wolf, deprived of any sense of self or family. You’re strong. And what do you mean nothing good has come from returning to your people? You have your man now, Kane. He’s your mate, no matter what those fools may say or think.”

“He’s in a cage, Glen. In the woods, alone, surrounded by alphas who wouldn’t hesitate to hurt him. I can feel him through our bond. He’s frustrated, and misses me. I haven’t seen him since they took him away yesterday We can’t talk because the alphas might be able to overhear us, but I can still feel him. It hurts not being with him.”

IN CASE YOU ARE NEW TO THIS SERIES, BELOW IS THE INFO ON BOOK 1 AND THAT IS AMAZING TOO! GRAB IT TODAY IF YOU DON'T HAVE IT!

An ancient civilization long hidden from humanity is on the brink of chaos and war.

Peaceful for thousands of years, the wolfkin clans are mysteriously losing packmates, kidnapped and killed by unknown foes. Among the dead is Luca, youngest grandson of the two most powerful wolves in the Northern Clans, but he is forced into a half-life, hidden in the far northern wilds of Canada and cut off from his kind. Those who raised him have no idea the creature they harbor in their midst, and name him Ghost. He begins to lose himself over the long years, and though he barely recalls his true name, the one wolf he never forgets is Kane.

Heir to the wolfkin clan Black Pine, Kane is charged with hunting down the traitors who them to the humans. Years fly by, and more wolves are dying. He refuses to give up, and he vows to never again fail another of their kind, as he failed young Luca years before. His heart tells him Luca lives, but his mind tells him that it’s foolish hope, his guilt eating him alive.

Fate and magic change the course of their lives, and the two wolves long separated by the years find their paths intertwining, though the reunion does not come without cost...

I'm a self-employed writer who stresses out about the silliest things, like whether or not I got my dog the best kind of snack and the fact my kindle battery tends to die when I'm at the best part in a book. I write mainly gay romance, erotica, and urban fantasy, with ocasional forays into contemporary and paranormal. I love a book heavy on plot and character evolution, and throw in some magic, and that's perfection. My current series are: The Beacon Hill Sorcerer, Bred For Love (as Revella Hawthorne), and The Wolfkin Saga. My last two novels in the Beacon Hill Sorcerer won 3rd Place in the Gay Fantasy category for the 2016 Rainbow Awards.

I live in New Orleans, where the personalities are big and loud and so are the bugs! New Orleans is rich in cultural history, and the flavor and music of the City is impossible to hide. Before that, I lived all over the United States: Tampa, Western Massachusetts, Indianapolis, and on and on.... I'm a nomad, and I've yet to find a place that calls to me strongly enough to become home. My faithful travel companions are my dog Micah, the numerous voices in my head who insist they all get put on paper, and the wind at my back.

THANKS FOR JOINING ME FOR THIS BLOG TOUR STOP FOR WOLF OF THE NORTHERN STAR, IF YOU HAVEN'T READ THIS BOOK OR SERIES, YOU DON'T KNOW WHAT YOUR'RE MISSING! THANKS GRACE FOR A GREAT REVIEW, AS ALWAYS! SEE YOU NEXT TIME GUYS!

at June 30, 2017
Email ThisBlogThis!Share to TwitterShare to FacebookShare to Pinterest