UNTIL YOU RELEASE DAY REVIEW!!

HEY GUYS, IT IS RELEASE DAY FOR TJ KLUNE AND THE THIRD BOOK IN THE AT FIRST SIGHT SERIES: UNTIL YOU! I LOVE THIS SERIES AND BELIEVE ME THIS BOOK WILL KEEP YOU IN STITCHES JUST LIKE ALL THE REST! BELOW IS MY GIRL GRACE'S REVIEW, THE LINK, AND EVEN AN EXCERPT! LET'S GET TO IT! 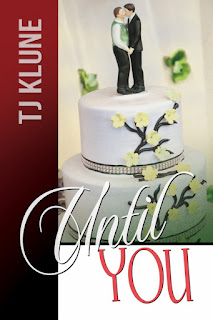 Blurb
Sequel to The Queen & the Homo Jock King

Together with their families and friends, Paul Auster and Vincent Taylor request the honor of your company at the celebration of their marriage.

Paul Auster and Vince Taylor just want to have a simple wedding. Really, is that too much to ask?

As the big day approaches, they struggle to keep everything from spiraling out of control. From meddling friends and intrusive family, to a certain drag queen's idea as to what constitutes a normal bachelor party, Paul and Vince have their work cut out for them. 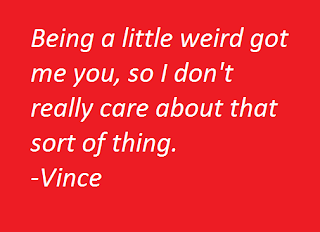 This is the story of Paul and Vince’s wedding and the 24 days leading up to it.  And, honestly, anyone who has read any of the books including Paul and Sandy and Helena know how amazing this book is.  The first laugh happened in the second paragraph (describing shoulder pads and Aqua Net) and didn’t stop for the entire book.  Seriously, my stomach ached for days with that ab workout.

Paul and Vince’s story was already so adorable, starting in Tell Me It’s Real  with Paul’s insecurities and snark meshing with Vince’s good looks and sweet disposition.  Watching them during the countdown to their wedding, along with the rest of their inane family is everything.  A perfect mix of the already known and wonderful characters, new characters (please oh please give us more of Robert and Jeremy!) and ALL THE FEELS from Paul and Vince’s nuptials.

Paul is still insecure with his weight and worries about how others see and think of him.  He knows that Vince loves him… NOW but what happens when he realizes he could do so much better?

Vince is a solid TEN with a wonderful personality and maybe not that much book smarts.  He knows Paul is the only one for him and has since day one.  And he can’t wait to make his bae cry like a baby during the vows.

Enter Sandy, Helena, Kori, Corey, Mom, Dad, Nana, Darren and Charlie, to make sure both Paul and Vince get the wedding and life of their dreams.  But honestly, all Paul and Vince need are each other…. And maybe some Jager, Britney and bacon.

TJ Klune is the king of books that make you giggle-snort and all out cackle while tears that may or may not be born of laughter run down your face.  I can’t emphasize enough how much everyone needs to read this book. 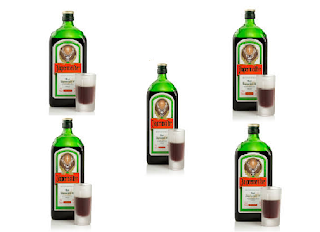 A 5 Jager Rating…. You’ll know why when you get there but let’s just say, they are just Toxic.

HAHA GRACE; I SEE WHAT YOU DID THERE ;p! I LOVE THIS REVIEW AND EVERY WORD OF IT IS TRUE! GRAB THE BOOK BELOW AND CHECK IT OUT FOR YOURSELF!

NOW FOR AN EXCERPT!

Prologue
That Time I Married RoboCop
1991

“MOM,” I said. “I need help. My wedding is today and I don’t have a thing to wear.”
My mother, Matty Auster, looked up from where she was styling her bangs in the bathroom she and my father shared. I tried not to flinch away at the sight of her, given that her hair was undoubtedly the biggest thing I’d ever seen. She set down the hairbrush and the can of Super Hold Unscented Aqua Net, adjusted the shoulder pads of her dress that made her look like she’d just walked off the set of Dynasty, and then turned toward me. “Run that one by me again?”
“My wedding,” I said, speaking slowly, knowing then even as a seven-year-old that sometimes, adults were stupid, “is today. And I don’t have anything to wear.”
She nodded solemnly. “This is a terrible thing that will be remedied immediately. Though, I must admit to being a little surprised at hearing you’re getting married. I didn’t even know you were engaged.”
I rolled my eyes and played with the stretchy waistband of my parachute pants. “It’s a new thing. Please don’t make a big deal out of it.”
Her lips quirked, like she was trying not to laugh. “All right. Since you asked, I won’t make a big deal out of my only son finally getting married. Now, what’s wrong with what you have on?”
I looked down. In addition to my orange-and-green parachute pants, I wore my black-and-white BKs and a KISS T-shirt. I didn’t quite understand what KISS was exactly, but Dad said that Gene Simmons was a god, so I tried not to question it. It probably helped that Mom thought Mr. Simmons was also a god, but that had to do with his tongue more than anything else. That led to Mom and Dad whispering and giggling to each other like they sometimes did, while I stared at the both of them, trying not to be grossed out by my parents, but also feeling a little warm and fuzzy at the sight of them.
I looked back up at Mom. “It’s not wedding clothes.”
“Oh. And what are wedding clothes?”
“You know. Like… big hats. And veils.” I actually knew what a wedding was supposed to look like, having seen photos of Princess Diana’s wedding in one of Mom’s magazines, but didn’t want to have to put my parents out too much. I didn’t think asking for a horse-drawn carriage was something they’d go for.
“Big hats and veils,” she said, taking me by the hand and leading me toward the closet in the bedroom. “I see. Well, at least we have a place to start. Who are you marrying?”
“RoboCop,” I said promptly.
She started coughing. “RoboCop. The speak-and-play doll Nana got you?”
“He’s not a doll,” I said, sounding outraged in that way that only children can sound. “He’s an action figure. Who quotes the movie.”
“Right,” she said. “The action figure. You’re marrying your action figure.”
“Yes.”
She frowned as she opened the closet door. “I don’t know how your father is going to feel about this. We haven’t even met RoboCop yet. I think we should get to meet your future husband before you get married, don’t you think?”
“Mom,” I said, slumping against the wall, feeling the weight of the world on my chunky little shoulders. “Don’t embarrass me.”
“I wouldn’t dream of it,” she said. “But you could have at least invited him to dinner.”

HAHA, EPIC RIGHT? WAIT TILL YOU READ THE WHOLE THING! THANKS FOR A PERFECT REVIEW GRACE, AND THANKS TO TJ FOR ANOTHER MASTERPIECE IN THIS AMAZING SERIES! SEE YOU NEXT TIME GUYS!

at February 27, 2017
Email ThisBlogThis!Share to TwitterShare to FacebookShare to Pinterest