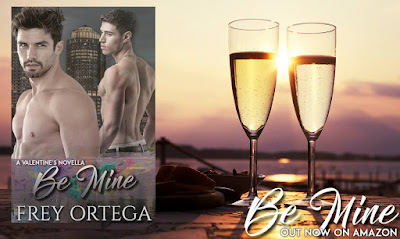 
a Valentine’s Novella
by: Frey Ortega 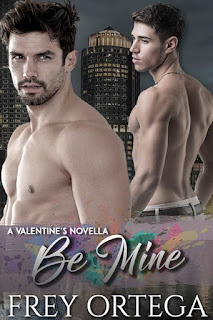 Amazon Link: https://www.amazon.com/dp/B06WRQDD1C
Jackson Darragh has the best Valentine's Day planned--dinner and romantic gesture included. All those plans blow up when his boyfriend suddenly breaks up with him. Broken and dejected, he goes to his neighborhood gay club to drown his sorrows in alcohol.
David Young didn't know what possessed him when he leaves his Mormon family abruptly for a life of total authenticity in the big city. Alone, his first taste of independence lands him at a gay club with no prospects, no roof over his head, only a future filled with uncertainty. All he has is the desire to live a life that is wholly his own.
A strange twist of fate and one conversation overhead through club music later, and David finds himself living with the kindhearted Jackson.
Now, one year later, Jackson is still hurting from his sudden break-up. David, who can't fight off his attraction for his friend any longer, is determined to make better Valentine's memories for Jackson. The more time that passes, the more Jackson wants to see the light come back in the brooding artist's eyes. He knows he has only to say those two magic words, and their lives change forever.
"Be mine."
-=-=-=-=-
Be Mine is a stand-alone friends-to-lovers gay romance novella with a HEA, no cheating, and no cliffhanger. 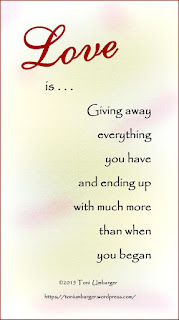 BOY DOES JACKSON LEARN THIS LESSON, HERE IS MY REVIEW!

I knew I would love this short story because of who wrote it, but I never knew it would be as entertaining as it was! Frey Ortega can sure pack a hell of a story into a few chapters!

Jackson got his heart destroyed by Collin last Valentines day and he feels like he will never be able to give his heart away again, but as we all know you should never say never!

With the help of some very colorful and endearing friends and the urging of his new roommate David, Jackson may just find something worth putting his heart on the line for! When it looks like David can finally break through Jackson's shell will seeing Collin again ruin all his hard work?

This is a great Novella and you will want more of all these characters just like I do! Thanks Frey, for a great little book no matter what the holiday! 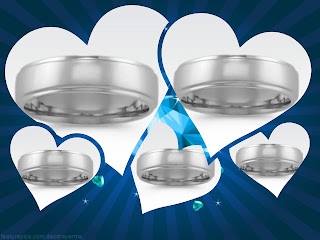 I HAD A GREAT REASON FOR THIS RATING, AND TO FIND OUT WHAT IT IS GRAB THE BOOK FROM THE LINK ABOVE RIGHT NOW! LOOK BELOW FOR A SNIPPET ALSO!

Story Snippet:
“Hey.”
David turned to look at a figure sitting nearby. He hadn’t seen the man from behind Sare, but he realized there was actually a man sitting there, with a good couple of shot glasses scattered around in front of him.
The strange, tipsy, borderline drunk man looked rather handsome. He was wearing a long-sleeved shirt with one of the buttons unbuttoned, and his hair was mussed, though David could see that he’d put some hair product of some kind in his dark, wavy, cocoa brown-colored hair.
He had the aquiline features of one of those angel statues David had seen. So handsome, if the drunk hadn’t looked like he was in repose. David’s cock even had a little twitch of a response, though he felt a little ashamed of that.
David’s first thoughts shouldn’t have been that he wanted to fuck a stranger in a bar, no matter that it was a status quo.
Overall, the stranger looked a little disheveled and stressed, but there weren’t any alarm bells ringing in David’s mind at first glance of him. In fact, if it weren’t for the grimace on the guy’s face, David might have been a stammering mess in the stranger’s proximity. He was never very good at talking to attractive people.
If the man beside him hadn’t looked like he’d been drinking to forget something painful, David would have tried to screw his courage to the sticking place—Shakespeare pun intended—and maybe he’d have tried to ask the stranger out on a date. He was already out, why not try to be courageous, right? Forget the fact that he didn’t have a home, or work!
Self-preservation told him not to do that, though. Years of having to hide his sexuality and his entire identity tended to do that.
“Hello,” David replied, and politely he added, “May I help you?”
“What you said back there, about leaving home,” the stranger asked. “Was any of that true?”
David blinked.
“Yes, that was all true,” he replied. “I figure I might stay at a motel for a couple of nights while I try to figure my situation out.”
“Do you want a place to live? I have an extra unit available in my building. I bought the entire place recently, so it’s barebones as shit, but we can work something out if you’re interested,” the man said, taking a swig of another shot of hard liquor.
“Is there a catch?” David asked, his voice clearly a little incredulous. He knew not to expect handouts or too much charity in the big city, but…was there something about his face that made people want to go out of their way to help him? Maybe it was just something about being gay? Or was this one of those serendipitous moments in time where things were just aligning incredibly perfectly?
“No catch, except for the fact that I only have an old mattress and some older stuff I’d much rather give to a guy who knows what he wants out of life, and I need a tenant anyway. There’s a lot of space I don’t need in my building,” the man replied. “I’m Jackson, by the way. Call me Jack.”
“I’m David Young. It’s nice to meet you.”
Jack grinned. “Boy, you’re real polite, aren’t you? It’s nice to meet you, David Young.”
David felt some heat in his cheeks at that statement. “It’s just how I was raised.”

NOW FOR AN AUTHOR BIO AND SOCIAL LINKS FOR FREY! IF YOU DON'T KNOW THIS AUTHOR LOOK HIM UP, I KNOW YOU WILL LOVE HIM AS MUCH AS I DO!

He loves writing about people, especially people of all different shapes, sizes and backgrounds, falling in love. You might also find him playing video games from time to time! His favorite ones are MMORPGs, and role-playing games in general (and not just the ones in the bedroom.)

THANKS FOR DROPPING BY FOR MY REVIEW AND PROMO POST FOR BE MINE, GRAB IT UP TODAY AND I WILL SEE YOU NEXT TIME GUYS! 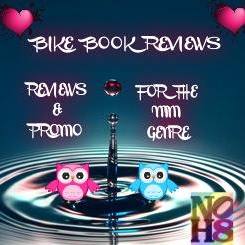 at February 16, 2017
Email ThisBlogThis!Share to TwitterShare to FacebookShare to Pinterest