COUNTDOWN TO THE HOLIDAYS DAY 27: OF MOONING SANTAS AND PENIS LIGHTS REVIEW!!

HEY THERE EVERYONE! IT'S DAY 27 OF OUR COUNTDOWN TO THE HOLIDAYS BOOK REVIEW EVENT AND MY GIRL JESS KENNEDY HAS HER REVIEW OF A BOOK FROM THE DREAMSPINNER 2016 ADVENT CALENDAR, "BAH HUMBUG"! OF MOONING SANTAS AND PENIS LIGHTS BY THIANNA DURSTON IS AS DELIGHTFUL AS THE TITLE, TRUST ME! BELOW IS JESS'S REVIEW, THE LINK, AND EVEN AN EXCERPT! 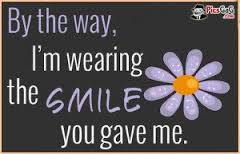 JOHN WOULD SAY THIS TO KADEN FOR SURE! HERE IS JESS'S REVIEW:


Former US Marine John Ving hates everything about holiday displays: they’re tacky, they waste energy, and they’re an eyesore. So what does his new neighbor do? He sets up the holiday spectacle from hell, and he doesn’t seem to care which holiday—he has a menorah, a baby Jesus, a Santa, and everything in between. Not to mention it’s swathed in enough lights his house is probably visible from space.
High-school teacher Kaden Melling loves the holidays, and huge light displays on his lawn make his heart glow. He’d love to share some cheer—and maybe some kinky fun—with his smoking hot neighbor John. Odd things start to happen to his displays, but just as he begins to think life is going his way, with the holidays and with John, a Grinch destroys everything.
It’s gonna take the display-hating John to set things right—and what he has planned might blow Kaden’s mind.
A story from the Dreamspinner Press 2016 Advent Calendar "Bah Humbug." 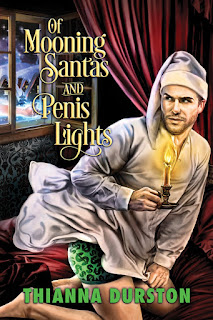 Oh my god, the title alone is fantastically hilarious!! I couldn't pass this short, sweet and totally spicy Christmas story up.

John doesn't like to decorate for Christmas thanks to his ex, so when his new neighbor Kaden moves in and talks the rest of the neighborhood into decorating, he's irritated to say the least. He doesn't want to be attracted to the happy go lucky Christmas elf next door, but he just can't resist Kaden.

Between Kaden's happiness and his penchant for a kinky twelve days of Christmas, things are looking up for John!! You have to read this book!! It's Hilarious and sexy all rolled into one. 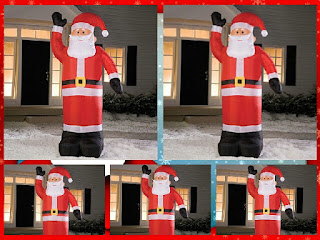 the 5 blow up Santa rating :P

I'M WITH JESS, THIS IS A FANTASTICALLY FUNNY HOLIDAY STORY YOU JUST CAN'T MISS! I LOVE THIS AUTHOR AND SHE HAS ANOTHER HIT WITH THIS ONE! GREAT REVIEW JESS, AND BELOW IS THE BUY LINK SO YOU GUYS CAN READ IT AND LOVE IT AS MUCH AS WE DO!!


“SO, UNCLE John,” Mark said in a disturbingly gleeful voice, “your street seems a bit brighter this season.”
John barely stopped himself from pushing the boy off his chair. Being in middle school made the kid awful cheeky. Instead, he settled an uncle-glare on him. Which was pitiful.
Mark snickered and looked back at his cards.
This was what John got for spending the evening away from the monstrosity known as his neighborhood. Up until this year, it had been simple. Nobody waved their religious or mystical hats at the world in some strange light spectacular. Until Kaden Melling moved in. Even the thought of the annoying elf living next door had an effect, and not specifically one he planned on.
The man annoyed the ever-living hell out of him. And was drop-dead cute to boot. At the housing board meeting in September, when holiday decorations were brought up, John had been prepared to stomp them down just like he did every year. The last thing he wanted was for strangers to drive down their streets oohing and ahhing at the horrendous light displays that were more likely to blow the grid and their power for days. Unfortunately that was the first day he met Kaden. He was in his midthirties, with a mess of reddish-blond hair on top of his head, bright blue eyes, and the sweetest smile on the planet. Not to mention a cock that showed through his jeans. Damn, if that thing was real…. To avoid drooling at the man, John didn’t say a word. Imagine his surprise when he found out later that the entire housing board voted to make it an extravaganza.
And now he had to deal with the vast amount of lightage going on.
It was the fifth of December and he had, so far, received three messages from the board noting that he hadn’t put up any holiday decorations yet. As there was no way to send back his honest reaction in the form of his middle finger, he had ignored them. Damned Kaden Melling.

SERIOUSLY GUYS, YOU HAVE GOT TO READ THIS BOOK! THANKS AGAIN JESS FOR THE GREAT REVIEW! SEE YOU GUYS NEXT TIME THANKS FOR STOPPING BY!!

at December 08, 2016
Email ThisBlogThis!Share to TwitterShare to FacebookShare to Pinterest