HEY GUYS, IT IS DAY 25 OF OUR COUNTDOWN TO THE HOLIDAYS AND I HAVE MY GIRL JESSICA KENNEDY HERE TO REVIEW MATTHEW'S PRESENT BY: SARAH HADLEY BROOK. THIS BOOK IS PART OF THE DREAMSPINNER 2016 ADVENT CALENDAR BAH HUMBUG, AND I FOR ONE CAN'T WAIT TO READ IT!! LOOK BELOW FOR JESS'S REVIEW, THE LINK, AND EVEN AN EXCERPT: 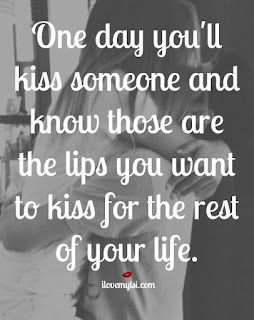 I LOVE THIS QUOTE! HERE IS JESS'S REVIEW:


Matthew Blick is almost thirty years old, and he hates the thought of another holiday alone. He has become a bit of a wet blanket when Christmas rolls around every year. So much so that even his five-year-old niece, Hannah, knows something needs to change. She asks the department store Santa to bring her uncle a man to love, and when Santa sees her uncle, he formulates a plan to set that possibility in motion.
Santa shows up at Matthew’s house and at first Matthew can’t place him, but then the memories of his first kiss flood his mind and he is shocked to find that Santa is the man he has carried a torch for since high school. Will this twist of fate help Matthew change his view on the holidays? Only a kiss can tell.
A story from the Dreamspinner Press 2016 Advent Calendar "Bah Humbug." 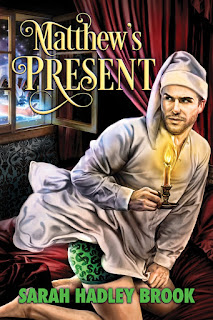 Super sweet and absolutely adorable Christmas short!! When he's coerced into braving the lines in the mall for his niece Hannah to see Santa, Matthew had no idea he would be getting his Christmas gift in the form of a beautiful blonde man in a Santa suit.

Tyler and Matthew had one brief but memorable and life changing kiss in high school. it seems some Christmas magic and little girl wishes have brought them right where they need to be. Very enjoyable Christmas story! 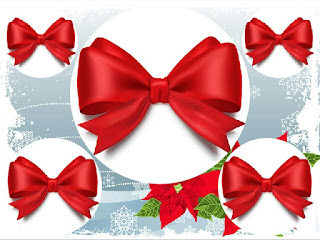 I CAN'T WAIT TO READ THIS STORY NOW, THANKS JESS! LOOK BELOW FOR THE DREAMSPINNER LINK GUYS:

“THERE HE is, Uncle Matthew,” his niece announced quietly, her excitement tempered with the respect all children have for Santa. Eagerly, she nudged him and pointed ahead, barely able to contain her enthusiasm. She was practically bouncing up and down in her pink-and-white snow boots as a grin spread across her delicate face.

Finally, he thought, fighting another yawn. They had been standing in line for at least an hour. He shifted her pink coat onto his other arm and glanced over at Santa’s Workshop, immensely pleased that someone in a Santa suit was making his way over to the green velvet throne. The oversized plush chair was adorned with hideous gold accents and something that he could only assume from this far back was supposed to be holly berries. Larger-than-life presents and toys—was that supposed to be a spinning top?—surrounded the throne, and the ground was covered in lots of fluffy white faux snow.

Several more people dressed in matching elf costumes scurried around as they prepared to open the gate to the dozens of people waiting their turn. He looked down the line of frustrated parents as he tried to gauge how much longer he would be stuck in this nightmare, taking some personal satisfaction at the defeated expressions many of the adults wore. If he had to be stuck here, he was glad there were others suffering along with him. What kind of monster had created this special kind of hell that pulled children in through the lure of sitting on Santa’s lap, only to spit them back out tired, angry, and hungry?

While standing in place for the past hour, he had witnessed the process several times over as more than one ran from the line, a shrieking mother or father usually close on their heels. Most of those parents didn’t show back up, choosing to forgo the line and head home instead. Lucky bastards, he thought.

He scanned the department store again. Large, bulky wreaths decorated with red and gold bows hung everywhere, while thick garlands made of artificial greenery draped across signs, countertops, doors, and railings. Massive ornaments in every shape and color hung from the ceiling throughout the entire store. There was just no way to escape the holiday.

NOW I KNOW I CAN'T WAIT TO READ THIS ONE! THANKS FOR A GREAT REVIEW AS ALWAYS JESS, AND THANK YOU FRIENDS FOR JOINING US FOR DAY 25 OF OUR COUNTDOWN TO THE HOLIDAYS, SEE YOU TOMORROW!!

at December 06, 2016
Email ThisBlogThis!Share to TwitterShare to FacebookShare to Pinterest