HELLO FRIENDS, BELOW IS MY REVIEW OF FALLEN ANGEL; WANDER LUST 1 BY: A.M. SNEAD., AND BOY IS THIS ONE HOT LITTLE STORY!! LET'S GET STARTED!! 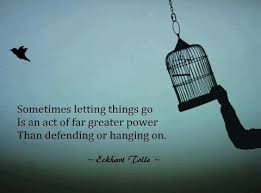 THIS IS PERFECT FOR SWEET JOEY! HERE IS MY REVIEW!!

*This is part of a series, but each story has an "ending" with merely a lead-in to the next, upcoming story. No major cliffhangers. Life as he knows it began for 21-year-old Joey Smith 2 years ago when he entered a random hospital with no clothes and no idea who he was—except for his first name. Upon meeting Doug Haines—a young assistant therapist—the two quickly fell in love and Doug became Joey’s whole world, all he knew in this life. Their love was perfect and Doug adored him. Or so Joey believed. Until Doug abruptly dumps him, abandoning him in the middle of nowhere during a vacation to celebrate the anniversary of when they met. Joey is lost and confused and brokenhearted. He has no one but Doug, and now not even him. Joey must now face an unknown world all over again, feeling like he’s starting out with another “blank slate” – as all that he had known is gone. Taking to the highway with nothing but the clothes on his back, a twenty-dollar bill in his wallet, and a broken heart in his chest, Joey quickly learns that there are things in this world that can dull the pain—even make him forget the heartbreak for a while. His drug of choice; sex. And with each “hit”, he is swift to seek out his next “fix”, convinced that this has become the sum of his life until he finally just fades away. But is there is more to Joey Smith than meets the eye? Was he really just uncaringly discarded, or does a deeper destiny lie within? 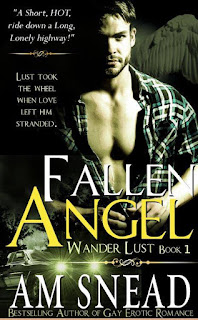 There are very few authors that can write a short story with a great storyline and characters that are defined, but A.M. Snead can for sure, this is why I love all her books, short or not! Fallen Angel is the start of a new short story series, and boy is it awesome!

Joey's world comes crashing down when the only life he has ever known, or that he can remember, is gone when his boyfriend dumps him in the middle of nowhere.

Joey quickly finds a way to forget his heartbreak, at least for a little while, when he meets a truck driver who helps him to see that there is life, and lust out there and all Joey has to do is reach out and grab it!

What follows next is an interlude that is smoking hot, and you will be fanning yourself and counting down the days till the next book is released! Thank A.M., for a wonderful start to a hot new series! 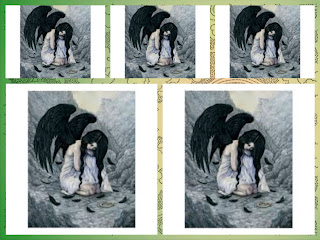 the 5 Angel with a broken halo rating :)

I JUST HAD TO DO THIS RATING, YOU WILL SEE WHY :) BELOW ARE THE LINKS, GRAB THIS ONE TODAY!!

HOW ABOUT AN EXCERPT?


The pale cab light was on and faintly illuminated Owen’s chest as his shirt came open button by button. He was built like a rock and his pecs looked as hard and chiseled. His stomach was a rippled runway of cut muscles and Joey had the sudden urge to slide his tongue through all those crevices.

The thought jolted him. Was he so quickly over Doug? It didn’t make sense that he was this ready to jump on a stranger’s cock and fuck him relentlessly. But he knew what it was; he was still in a state of shock. Reality hadn’t yet struck him. And the longer he could ward it off, the better. He didn’t want to feel that pain and betrayal. Right now, he didn’t want to feel anything but the lust coursing through his body for this one large man and his titanic cock. If anything could keep him distracted—it was Owen’s huge dick.

The man left his shirt on as he shimmied out of his jeans—Wranglers the rear label read when they dropped on the floor, discarded to the side. Owen leaned back on his arms, his shirt falling open, exposing his muscular torso. His cock stretched out stiffly, swaying up and down, glossy wet. He looked at Joey. “Your turn.”

Joey’s hesitation was brief before he climbed into the rear of the cab and kneeled on the floor. He peeled off his shirt and unfastened his pants. Owen gazed at him with hunger and intrigue, his mixed-green eyes appearing darker than they had beneath the fluorescent lights in the restroom. Sliding his light-blue jeans and white boxer briefs off his hips, over his ass, Joey sat down on his bare rump and shoved the pants down his thighs. Owen took the initiative to remove Joey’s shoes and socks, then tugged his jeans and briefs off his feet, tossing them away. They landed on Owen’s Wranglers, adding to the heap of discarded clothing.

Rising to his knees again, Joey remained motionless as Owen surveyed his nude body. He hadn’t been naked in front of anyone but Doug since he’d walked into the hospital in the buff. A slight, almost burning tingle crept over the surface of his skin, bumping it with gooseflesh. His hairline fizzled, crackling across his entire scalp, stimulating his follicles and giving the false sensation of his hair standing on end.

Owen’s heavy stare raked Joey’s member, encouraging it to stretch, harden, and thicken. It was a strange feeling to get so aroused by a complete stranger when he hadn’t thought of anyone but Doug for as long as he could remember. Yet here he was—kneeling before a brawny redneck, bare-ass naked and ready to take his gargantuan dick as if it was all part of his daily routine; wake up, consume his morning coffee, fuck a country boy, and begin the day. A slightly hysterical giggle bubbled in his throat. He swallowed it, certain if it erupted forth…he might just go stark raving mad.


IF YOU THINK THAT'S HOT, OH JUST WAIT!! THANKS FOR JOINING ME FOR THIS REVIEW, SEE YOU NEXT TIME GUYS, OH AND GRAB THIS BOOK, YOU WILL LOVE IT!! 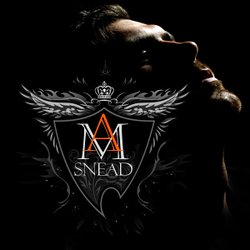 at May 11, 2016
Email ThisBlogThis!Share to TwitterShare to FacebookShare to Pinterest