HELLO THERE FRIENDS, I HAVE MY GIRL JESSICA KENNEDY HERE WITH HER RELEASE DAY REVIEW OF WYATT'S RECIPES FOR WOOING ROCK STARS BY CLANCY NACHT AND THURSDAY EUCLID! LOOK BELOW FOR HER REVIEW WITH LINKS! LET'S GET TO IT!! 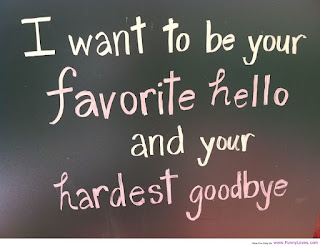 I LOVE THIS QUOTE FOR THIS BOOK! HERE IS JESS'S REVIEW!

Wyatt Parker has a good life—he owns his own construction company, his own house, and he eats home-cooked meals every day. But cooking for one while watching the foodie network is more than lonely. When he learns about an upcoming reality show centered on becoming the personal chef for his favorite rock star, Wyatt leaps at the chance to audition. Tully Randolph is the drummer for the band Unusual Potatoes. With a chef for a mom, love of good food runs in the family. When he’s asked to host a cooking competition, he’s all in—especially after he meets Wyatt, who is just the kind of big, hairy guy who gets Tully’s juices flowing. With a heart as big as he is, Wyatt wows Tully with his skills in the kitchen… and in the bedroom. But if their relationship is found out, Wyatt could be drummed out of the competition—and out of Tully’s life. All the ingredients for a happy future are in front of them, and they just need to figure out how to bring everything together. 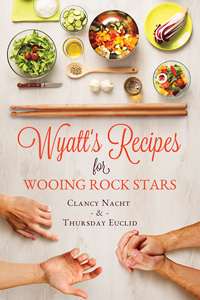 Tully Randolph is a well known Rockstar, who misses his mother and her home cooking. A cooking competition for a personal chef seemed like a good idea until he laid eyes on big gruff and cuddly Wyatt, he knows who he wants in his kitchen and in his bed...... Wyatt, the only problem is how to get what he wants without crossing legality lines that have been clearly drawn.

Wyatt can see Tully struggling with so many people in his space fighting for his attention and all he wants to do is protect him from it all.

They fight the attraction, but neither knew how hard it would be once they had a taste of each other.

This was an absolutely adorable read!! I would really like to see more of these two, I can't recommend it enough. 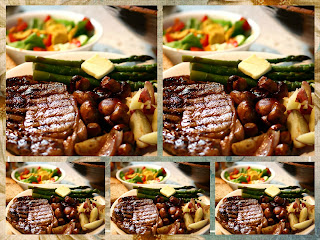 THANKS JESS! GREAT REVIEW AND RATING!! HERE ARE THE LINKS FOR THIS BOO, GRAB IT NOW, I LOVED IT JUST AS MUCH AS JESS DID!

THANKS FOR JOINING ME FOR THIS RELEASE DAY REVIEW, AND THANKS AGAIN JESS, FOR THE WONDERFUL REVIEW! SEE YOU GUYS NEXT TIME!!