HEY GUYS, I HAVE MY GIRL KYLEE HERE TODAY TO REVIEW A BOOK SHE IS REALLY EXCITED ABOUT! BELOW IS HER REVIEW OF SAVING REN, BARRETTI SERIES 3; BY SLOANE KENNEDY AND LINKS TO THE BOOK, SO LET'S GET STARTED! 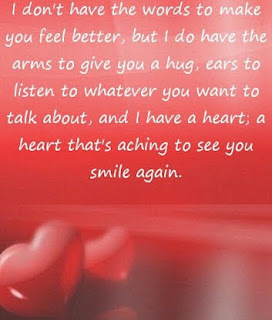 WHAT A BEAUTIFUL QUOTE! I AM SO GLAD KY USED IT FOR THIS BOOK, HERE IS HER REVIEW:

Three men brought together by circumstance who found something none of them knew they needed...Ren Barretti has finally come home after a year of being held captive by the terrorists who slaughtered his entire Special Forces team. But he can't escape the nightmares that torment him or the guilt that he was the only one to walk away. The life his older brothers have brought him home to doesn't exist for him anymore and to keep them and their loved ones safe from the rage and pain that consume him, Ren needs to disappear.Police Detective Declan Hale has felt an undeniable pull towards the very straight Ren Barretti since the day Ren's brother married Declan's younger sister almost a dozen years earlier. But even though the Ren who has come home isn't the one who left, all of Declan's feelings come rushing back to the surface and he steps in to help the only man he's ever truly wanted. And even though there's no future for them, keeping Ren safe is all that matters and Declan will risk anything to make that happen.Tough as nails former soldier and mercenary Jagger Varos has returned to Seattle after years of running from his past and he's hoping that joining Barretti Security Group will help him finally call the city he left behind home. But within weeks, his new beginning is tested after multiple run-ins with the gruff, infuriating Detective Hale. When he inadvertently discovers that Declan is hiding Ren from the very brothers offering Jagger a new start, Jagger finds himself torn between his newfound loyalty to Vin and Dom Barretti and the need to protect the young man he himself helped rescue from his captors.For Declan and Jagger, it's hate at first sight but they soon realize that they will need each other if they have any hope of saving Ren from himself. And neither of them expects their mutual distrust in one another to grow into something else entirely or that Ren himself will find in both of them what he needs to rebuild his life and come to terms with who he really is.Can the fierce attraction between three men become something more or will the demands of the real world tear them apart? 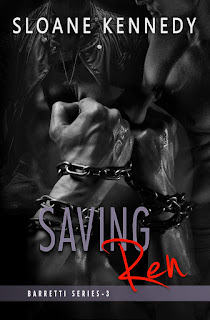 It's hard to find a great Menage book that works, to have all three MC's fit into the relationship seamlessly without it feeling like its 2 MC's + 1 extra.
But Saving Ren does just that and it does it well.

Declan, Jagger and Ren are ideal for each other.
Their strengths and weaknesses compliment each other and together they are the perfect package.

The way that Declan and Jagger love and protect Ren through his darkest times is what love and relationships are all about.
This book can be read as a stand alone but I recommend that you read the others in the series just so you have some background information on all the characters that appear in this book.

I loved Declan, Jagger and Ren and I'm sure you will too. 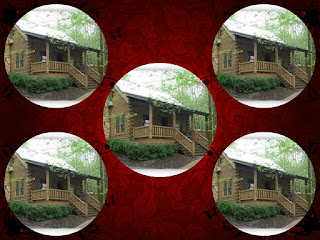 I LOVE THE RATING PIC KY CHOSE, PERFECT! HERE ARE THE LINKS FOR THIS ONE:

BELOW IS SLOANE'S AMAZON AUTHOR PAGE SO YOU CAN TAKE A LOOK AT HER OTHER BOOKS, INCLUDING 1&2 IN THIS SERIES!

CHECK IT OUT FRIENDS! THANKS FOR JOINING ME FOR THIS REVIEW OF SAVING REN, GRAB YOUR COPY TODAY! THANKS TO KYLEE FOR A GREAT REVIEW AS ALWAYS! SEE YOU NEXT TIME GUYS!!

at November 07, 2015
Email ThisBlogThis!Share to TwitterShare to FacebookShare to Pinterest