HELLO FRIENDS, I HAVE A TERRIFIC HISTORICAL LOVE STORY FOR YOU TODAY! THIS BOOK BLEW MY MIND! BELOW IS MY REVIEW FOR THROUGH ADVERSITY BY AMELIA FAULKNER, ALONG WITH LINKS AND EVEN A SMALL EXCERPT! LET'S GET STARTED SHALL WE? 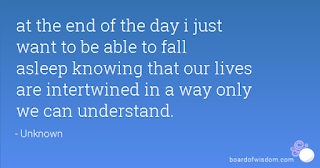 THIS QUOTE IS JUST PERFECT FOR THESE TWO MEN! HERE IS MY REVIEW:

Through Adversity by: Amelia Faulkner
reviewed by: Becky

Tortured German fighter ace Lt. Siegfried Krämer has a terrible secret which could ruin him: he prefers men. Hurried, loveless encounters have armed him with a sardonic wit and a bleak outlook, and he faces a life in which his only companion is his dog, Eike. The young and talented Lt. Valentine Westbrook should be considered an ace, but most of his victories are unconfirmed, and now that his squadron is relegated to bombing missions the chances of him ever reaching the magic number are dwindling. When he encounters an equally-skilled enemy pilot during a terrible storm, Valentine is unable to resist the hunt. Both men soon abandon all common sense and - with a protracted dogfight at their backs - crash-land in the midst of the German Empire’s last great offensive push. Injured, stranded, and with no idea which side of the Line they are on, they must work together if they are to survive. One of them will become the other’s prisoner just as soon as they figure out where they are, but until then they are stuck with no food and no shelter in storms which don’t seem ready to end. But worse still, their mutual respect blossoms into something dangerously intimate, and their lives are about to become forever intertwined... 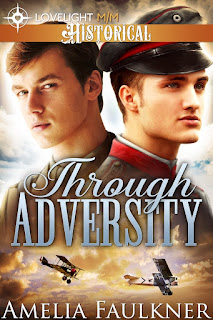 This is one stunning love story that evolved in a time where war and violence were a way of life for the two main characters. They shouldn't have even liked each other, let alone been drawn to each other like they were!

Valentine (Val) is a fighter pilot in WWI and he laments the fact that he isn't yet considered an ace since most of the planes he shot down happened to be on the 'wrong side of the front' to count, this bugs him to no end! On a mission to 'drop eggs' he catches a glimpse of a German pilot with blue eyes that leaves an impression on Val, whether he likes it or not!

Siegfried Kramer is lonely, but considering his preference for company, he doubts he will ever have more companionship than his dog Eike. I love 'Kramer' and I feel for him. When he and Val encounter each other in a storm, it could go wrong for both of them.

When they crash land with no way to know which side of the line they are on, they lean on each other to survive, but what will happen if these men start to have feelings for each other and one must become the others prisoner?

I can't give secrets away, but I can tell you that this is a beautiful story of unexpected feelings and survival, and the research in this book is so on point you will just fall into the story! I would highly recommend you guys read it, you won't soon forget it I promise! Thanks Amelia, for a wonderful story about men locked in a battle for their lives as well as their hearts! 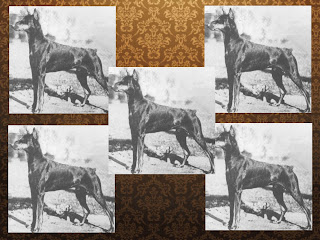 I HAD TO DO THE PINSCHER RATING IN HONOR OF EIKE! HERE ARE THE LINKS FOR THIS ONE!

NOW THAT YOU HAVE GRABBED THE BOOK (AT LEAST I HOPE YOU DID, YOU WILL THANK YOURSELF LATER ;P) HOW ABOUT A LITTLE EXCERPT TO EXPLAIN WHY I DID THE PINSCHER RATING:


Krämer took himself off to the officers’ quarters as the rest of hisJagdstaffel diverted toward the mess, and he let himself in out of the rain alone. A short walk took him to his own quarters, and he stepped inside.
Eike leaped off Krämer’s bed with a guilty look and bounced over to his master’s side, tongue lolling idiotically.
Siegfried laughed and laid the scarf across his desk, then ruffled the Pinscher’s head in his gloved hands. “You naughty boy,” he said with nothing but affection. “Shall we go for a walk? Yes?”
Eike barked, and Siegfried pulled off his helmet and goggles at last, then tugged off his gauntlets. All three went into the voluminous pockets of his thick leather coat, and he grabbed his peaked cap to keep the rain out of his eyes as he led Eike back out into the murk.
AWWW, THIS DOG IS LITERALLY MAN'S BEST FRIEND! I LOVE THIS STORY AND YOU WILL TOO, THANKS FOR JOINING ME FOR THIS REVIEW! SEE YOU NEXT TIME FRIENDS!

at August 08, 2015
Email ThisBlogThis!Share to TwitterShare to FacebookShare to Pinterest