HEY GUYS I AM SO EXCITED FOR THIS NEXT REVIEW! IT IS RELEASE DAY FOR ONE OF MY FAVORITES, FREY ORTEGA,AND THE THIRD BOOK IN HIS LYKAIOS SERIES, NICODEMUS!! I CAN'T WAIT TO TELL YOU ABOUT IT; I HAVE MY REVIEW, THE BOOKSTRAND LINK, AND EVEN A SMALL EXCERPT, SO LET'S GET STARTED!! 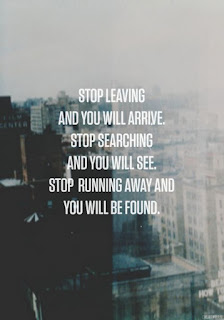 I LOVE THIS QUOTE FOR ADDISON AND THE LESSON HE LEARNS IN THIS STORY!! HERE IS MY REVIEW:

Ever since his entire pack was cursed a thousand years ago, Nicodemus has spent most of his incarceration on Lykaios Island in deep reflection. Once hot-headed, ill-tempered, and even a little bit violent, Nicodemus has reformed and is attempting to be the best man he can be, especially around a certain man who has piqued his interest. He doesn’t want to be the monster he believes that his people were once said to become.
Addison Clarke has spent two years of his life on Lykaios, escaping a horrendous past that still haunts him every day of his life. Despite having to look over his shoulder every moment of every day, his attraction to Nicodemus is instantaneous. The reformed soldier is everything he needs: solid, stable, and attentive.
But with the threat of Addison’s past looming over them, can Nicodemus’s stability and reformed ways be enough to make sure their relationship survives the coming trials? 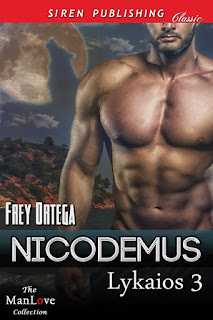 To try to narrow down how much I gush about this book is gonna be hard, but I will try! Frey Ortega has such an imagination and a gift for transferring it to the page that every book I read of his is a treat, and this one was no different!

Nicodemus has spent the last 1000 years since his people were cursed trying to be patient and optimistic that one day he will find the person that was made for him. When he does find him will his mate feel the pull like he does?

Addison has been running from a past that he can't seem to shake, he doesn't do relationships because he never knows when he will have to run. Will Addison finally meet the one man who will make him want to face his past and defeat it?

I love the chemistry between these two, and as always with Frey's books, this book is hot!! Can Nicodemus keep the man that means the world to him safe in the face of the enemy?

There is so much more to this story than I can tell you, you will just have to grab it and enjoy! Thanks Frey, for giving us a story that lives up to your other wonderful stories and then some! 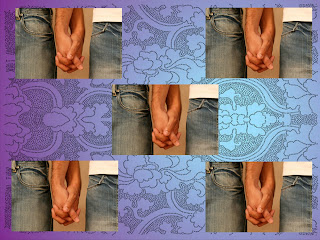 YOU GUYS WILL SEE WHY I DID THIS SWEET RATING IN JUST A SECOND! HERE IS THE BOOKSTRAND BUY LINK:

NOW YOU WILL SEE WHY I DID THAT RATING, HERE IS A SHORT EXCERPT FOR YOU:
Holding Nick’s hand and being wrapped in his warm embrace had been more intimate than any one-night stand Addison was party to for the past three years. Those nights were all just about men satisfying their baser urges, but there was something even deeper than carnal desire that passed between him and Nick’s with just the merest clasping of their hands together.
It was as though their essences just—clicked. Just like that, Addison was putty in the upbeat, optimistic man’s hand.
“I’m not going to tell you to give me a chance if you feel that strongly about starting new relationships,” Nick said. He looked deep into Addison’s eyes. “Part of me just wants to wrap you in my arms and tell you that nothing’s going to harm you while I’m around.”
Addison’s heartbeat started to thunder in his chest.
“But that’s just a sweet nothing we say to lovers. Nevertheless, I want to prove that my words are true. I want to court you, and I meant that. But you are always free to say no.”
“Oh? Am I your lover, now?” Addison asked, offering just the slightest grin.
“Only if you want to be.” Nicodemus said. The way his eyes glimmered felt so purposeful. When Nick looked into his eyes… Addison felt everything around him begin to float away.
“I would be lucky if you decided to take a chance on me. Any man would be.” Nicodemus said, gently scratching the tip of his nose. Color lightly flushed his cheeks. “But most especially me.”
AWWWW, TOLD YOU I HAD A REASON! THANKS FOR JOINING ME FOR THIS RELEASE DAY REVIEW! HAPPY RELEASE DAY FREY, AND CONGRATS ON YET ANOTHER WINNER! :)

at August 20, 2015
Email ThisBlogThis!Share to TwitterShare to FacebookShare to Pinterest